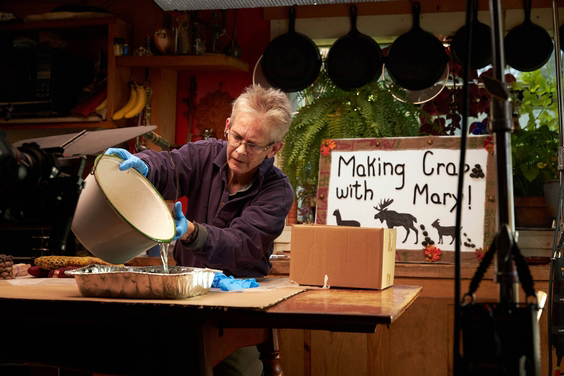 “Tirdy Works” star Mary Winchenbach makes a bath of her popular creations from moose droppings. The truTV show about the Somerville resident will premiere Tuesday, May 5. (Photo courtesy WarnerMedia)

“Tirdy Works,” the truTV show starring Somerville’s Mary Winchenbach and her business of the same name, will premiere at 10 p.m., Tuesday, May 5.

The first season of the unscripted series will include 10 half-hour episodes, according to Kathleen Schumann, a publicist with WarnerMedia Entertainment, which owns truTV. The episodes will air over 10 consecutive weeks, at 10 p.m. each Tuesday.

Winchenbach makes crafts from moose droppings, hence Tirdy Works. A video of the artist and her work at the Common Ground Country Fair went viral in 2018, leading to national attention and the cable TV series. 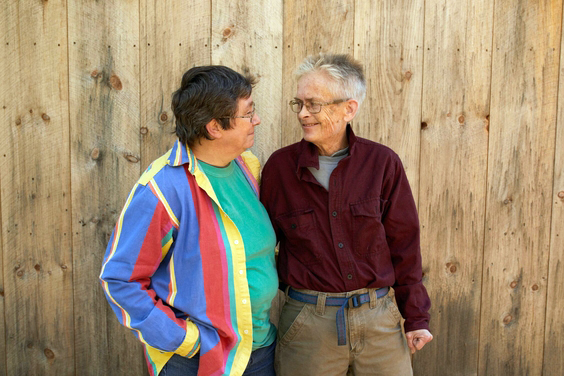 The quick-witted artist works out of her home, where she crafts items such as poo poo clocks, poo poo platters, and “fecal people,” little dolls made with moose poop.

A film crew has been following Winchenbach and documenting the growth of her business since 2019. “The crew completed filming earlier this year,” Schumann said. The show will also feature Winchenbach’s family and neighbors.

A decision on whether to make a second season has not yet been made. “Right now it is just season one, but if we greenlight season two, we will definitely let people know,” Schumann said.

The Facebook page for Tirdy Works describes it as a novelty moose poop business, adding: “It’s a crappy job and we love it.”