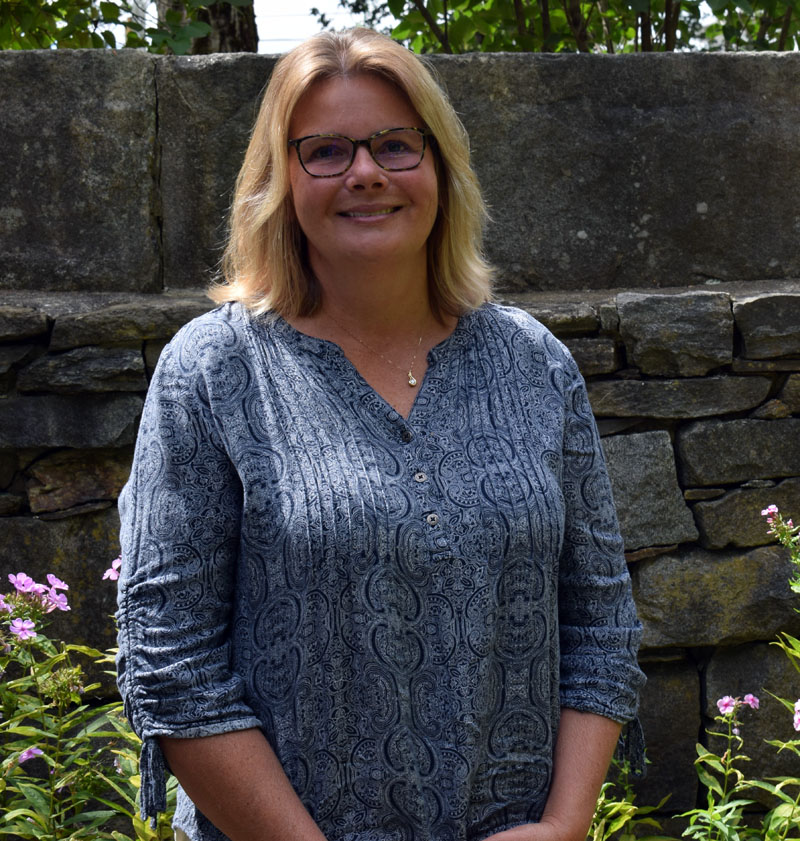 Holly Kopp, R-Topsham, vice chair of the Maine School Administrative District 75 school board, is seeking to represent Maine Senate District 23, which includes Dresden in Lincoln County and all of Sagadahoc County.

Kopp is challenging Sen. Eloise Vitelli, D-Arrowsic, who is running for her third straight term in the Senate.

Kopp is serving her fourth three-year term on the MSAD 75 board and plans to continue in that role if elected to the Senate.

Kopp, who was born and raised in Bucksport, has had a lifelong interest in education. She earned a master’s degree in school psychology from the University of Southern Maine in 1995.

“From a very early age I was interested in education and wanted to be in a profession that supported teaching (and) learning, and supported students with special needs,” Kopp said in an interview Friday, Aug. 28.

Before starting a family, Kopp was the associate director of the Center for Educational Policy, Applied Research, and Evaluation at USM.

“I really consider myself a professional volunteer. I’m a community volunteer. I feel very fortunate I’ve been able to stay at home with my children and have really enjoyed the opportunity to be involved with our community,” Kopp said.

Prior to joining the school board, Kopp engaged in other volunteer work, creating the Kids Academy at Williams-Cone Elementary School, which her son and daughter attended.

“It allows educators or other community members to come into that elementary school and offer different extended learning opportunities for our students,” Kopp said.

Kopp said the program provides special interest opportunities for students, like learning how to start a garden.

Kopp hopes to bring her skill set of listening to all sides of an issue and facilitating compromise to the Senate.

“There’s a lot more common ground in creating solutions than we think. And particularly right now, when it feels like it’s such a complicated, divisive world, I think we need more of that, of really listening to one another and figuring out how we can move forward for the greater good of our community,” Kopp said.

Kopp said that if she is elected, one of her focuses will be on strengthening education, particularly career and technical education.

“I feel that in the time we’re in right now, when Maine has a skilled labor shortage, we have an aging population, we absolutely need to tear down the barriers that keep our young kids from going into the trades. That should be promoted just like going to college is promoted,” Kopp said.

She also wishes to learn more about other issues that affect Mainers, like marine resources.

“I would be happy to understand better the challenges of all of our folks in the coastal areas and our fisheries,” she said.

Kopp pointed to her constant desire to learn and grow as an indicator of how she will operate in the Senate.

She said that after her oldest child left for college, she published a children’s book, “Tidal Treasures,” and renovated and sold a 120-year-old house in Bath with the extra time she had on her hands.

“I’m for continuing to push myself to learn and grow in new areas,” she said.

Kopp expressed concern about Maine’s low ranking as a business-friendly state and said she wants to support small businesses by applying her personal experience to relevant issues.

“I don’t want our youth to feel that they need to leave the state to earn a good living,” Kopp said.

Kopp said her husband, Ian Kopp, had minority ownership in a business started by her grandfather, the Augusta-based manufacturing company Kenway Composites, before recently purchasing CertaPro Painters of Maine.

“So we have a long history of owning a small business and employing folks,” Kopp said.

She is also concerned about a recent rise in state spending and a looming revenue shortfall.

“We need to figure out how to get out of that and not by taxing our public more. We need to live within our means. We need to take a look at what are the basic things that the government should be providing,” Kopp said.

She did not want to suggest any specific cuts without becoming more familiar with the state budget.

“It’s easy to say those things, but you really have to understand what the ramifications of that are and what the impacts are. And without having an opportunity to really study that, I wouldn’t haphazardly say something,” she said.

Kopp does not consider herself a highly political person, and hopes to bring more balance to state government if elected.

“We’ve been working under the executive branch for months now; our Legislature has not been in session. One party has the majority in all cases and I think it’s important that we have balance,” she said.

A lifelong Mainer, Kopp said she is drawn to the ocean and truly appreciates the strong sense of community in the state, particularly in Topsham.

“I feel like we live in a highly engaged community of people who are really interested in working on behalf of our town and our school system. There are a lot of great, hardworking people out there,” Kopp said.

In her spare time, she enjoys taking a boat on the ocean with her family, gardening, and, recently, attempting to connect with voters in the middle of the COVID-19 pandemic.

“One thing I felt strong about early on was going out and supporting area businesses and stopping by and checking in on them and doing posts and updates about them,” Kopp said.

“I’ve worked tirelessly and really volunteered full-time in many capacities for the last 15 years. I think I enjoy helping people and that’s really my motivation,” Kopp said of running for the Legislature.