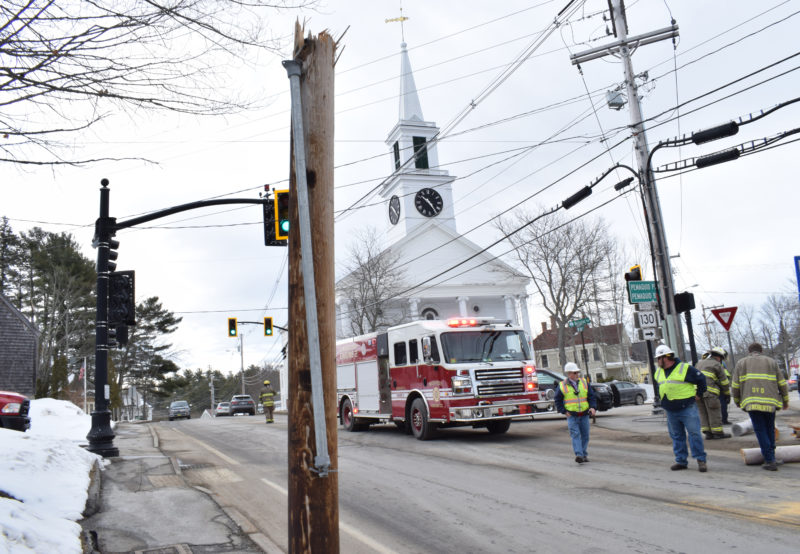 The lower half of a utility pole remains after an incident involving a tractor-trailer at the intersection of Main Street and Bristol Road in Damariscotta on Friday, Feb. 5. The truck got caught up in the pole’s guy wires and sheared off the top half. (Evan Houk photo)

A tractor-trailer turning from Bristol Road onto Main Street in Damariscotta tore down some guy wires and half of a utility pole the morning of Friday, Feb. 5. 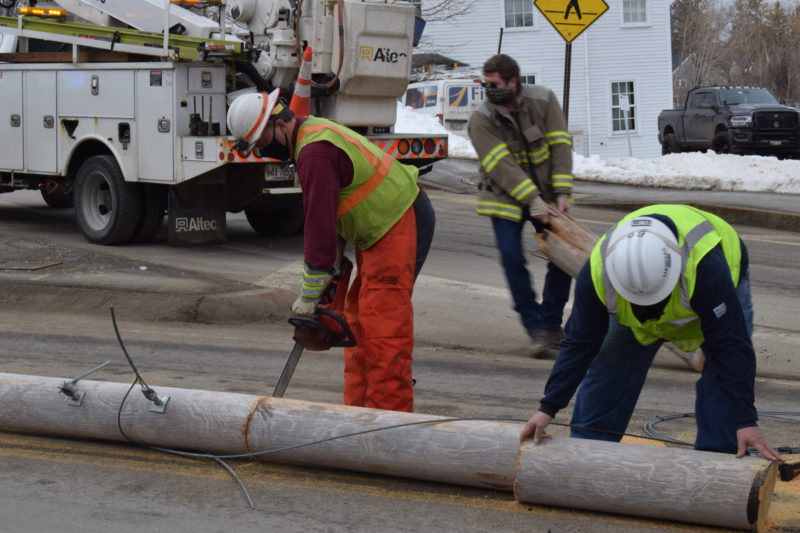 Central Maine Power Co. workers and Damariscotta Fire Chief John Roberts (background) work to cut up and remove half of a utility pole from Main Street in Damariscotta on Friday, Feb. 5. A tractor-trailer became entangled in guy wires when turning off of Bristol Road and brought down the pole. (Evan Houk photo)

Tidewater Telecom Inc., of Nobleboro, responded and determined that no power lines were involved, allowing Damariscotta firefighters to cut the guy wires and free the truck, according to Damariscotta Fire Chief John Roberts.

Roberts said the wires were caught between the cab and the trailer of the truck.

The pole was sheared in half and laid in the northbound lane of Main Street until Central Maine Power Co. workers responded with chainsaws to cut it up and remove it from the roadway.

The Damariscotta fire and police departments directed traffic around the intersection until the scene was clear at about 10:30 a.m.

Louis Rector, of Tidewater Telecom, said a digger truck would be used to lift out the broken pole and install a new one later in the day.

Tessier said the car left after the truck made the turn and the police department was not able to talk to the driver. Gagnon told Tessier the car was too far ahead at the intersection, causing him to make the wide turn. 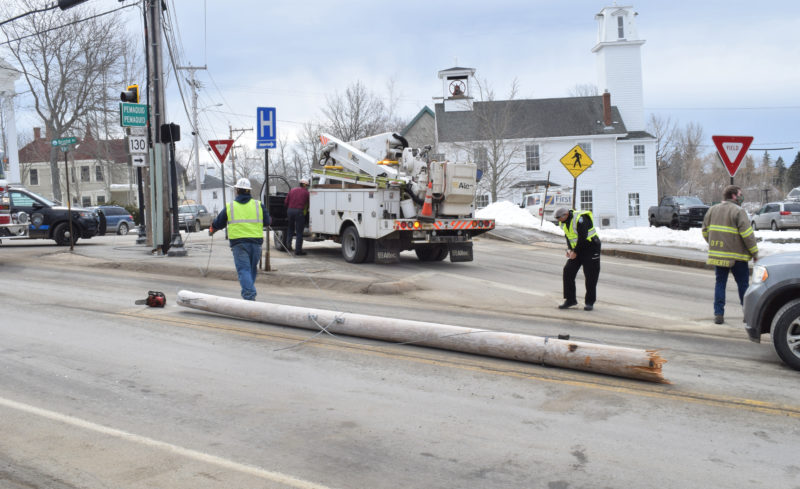 Half of a utility pole lies in the northbound lane of Main Street in Damariscotta as members of the Damariscotta fire and police departments direct traffic around the obstacle on Friday, Feb. 5. (Evan Houk photo)