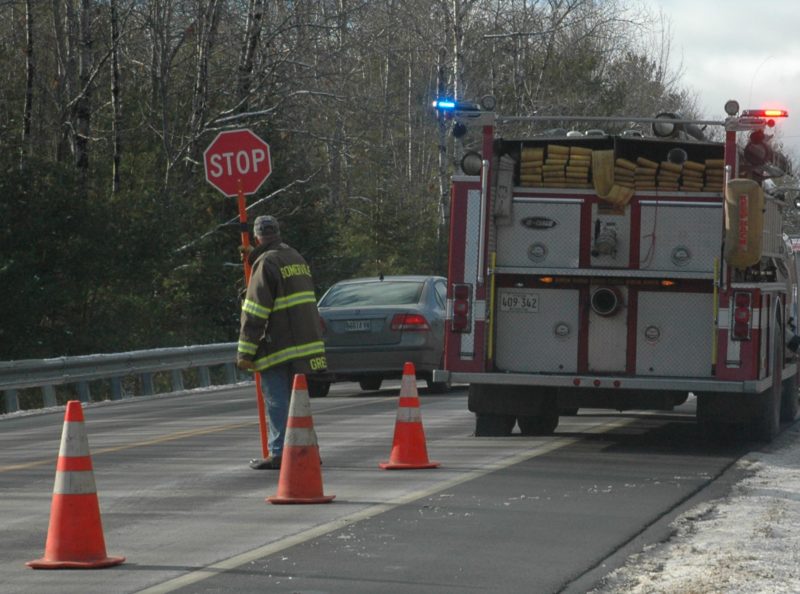 A member of the Somerville Fire Department conducts traffic control near the scene of a woods accident off of Route 17 on Friday, Dec. 9. (Alexander Violo photo)

A man was taken to the hospital after a tree fell on him in the woods off Route 17 in Somerville the morning of Friday, Dec. 9.

Somerville Fire Chief Mike Dostie said two people were nearby when the accident occurred and were able to get the tree and branches off the injured man.

Dostie said a LifeFlight helicopter was placed on standby because first responders were not sure of the extent of the man’s injuries when they were dispatched.

The fire chief described the individual’s injuries as serious, but said LifeFlight was canceled when it was determined that paramedics from Delta Ambulance could stabilize the man at the scene.

Dostie said the injured man was taken to LincolnHealth’s Miles Campus in Damariscotta. The man’s identity was not available by press time.

The incident occurred in the vicinity of 668 Rockland Road (Route 17).