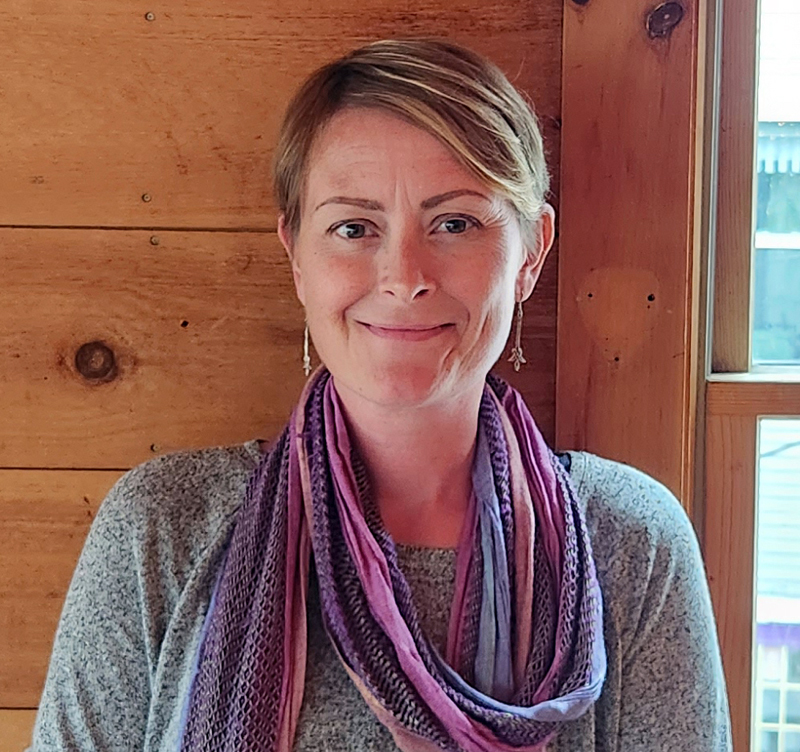 Looking to make a difference in her community, Boothbay Harbor Selectman Tricia Warren, R-Boothbay Harbor, is making her first bid for state office with a campaign for the House District 48 seat.

Warren started her political career running successfully for the select board in 2015. In 2020, she became the board’s vice chair.

“A friend suggested that if I wanted to get involved in the community that I run for the board,” Warren said. “So I decided to run. It was all new to me, I didn’t know what to expect.” A Woodstock N.Y. native, Warren moved to Boothbay Harbor when she was 11, and graduated from Boothbay Region High School in 1997.

Following high school, Warren moved to Virginia and attended Radford University, earning a Bachelor of Arts in foreign language with a focus on German. Graduating in 2001, she moved to Boston in pursuit of a career in international business.

“The plan was to find a company here in the U.S. that had a sister company in Germany or vice-versa, and utilize my language skills.” Warren said.

After job opportunities failed to materialize, Warren returned to Boothbay Harbor in 2006 continuing her career in the restaurant industry, working her way up from server and cook to her current position as manager of Boathouse Bistro in Boothbay Harbor.

Warren has served her community as chair of the Boothbay broadband committee and is on what she called an exploratory committee, which is investigating the quality of the high school facility.

“We are in the beginning stages of that process,” Warren said. “We are investigating if the building should be completely rebuilt or if it can be refurbished.”

Warren was encouraged to run for state office by former Representative Stephanie Hawke. Warren believes this election should be about bipartisanship and solving problems regardless of party affiliation.

“There is this huge divide that has to do with the national pulse. Democrats are here and Republicans are here,” Warren said. “I have been on the select board for seven years. Your party affiliation has no bearing on what you do as a board member.”

If she is elected, Warren said she would prioritize investments into the community if elected to represent District 48. Her first priority is incentivizing younger generations to work and live in Maine, she said.

“I want to try and make it so younger people can afford to stay and look forward to their future,” Warren said. “It’s very expensive to live here and if you can’t find a job you want to leave.”

Targeting state investment toward the high school and trade schools Warren would like to give graduates who do not wish to attend college the skills to start their career immediately. One industry she would like to invest in is the medical field.

Warren would also like to invest in skills that would help local industries such as boat building, hospitality, culinary, and business accounting.

Programs like these are not free, Warren acknowledged, but she said it is worth the cost on tax payers.

“I think if people understood that this is to give a kid a fair shot at life, that it is an investment, they would be more accepting,” Warren said.

Affordable housing is another issue Warren would like to see the state invest in.

“Funding, it always starts with funding,” Warren said. “It has to be understood, it is group effort. It can’t be party line.”

Warren thinks the first step to addressing housing is defining what affordable housing means. She said how much funding should go into each community should be determined by that community’s average income, because there is not a one-size-fits-all solution.

“If you look at the average income in the area, that amount should be factored into the equation,” Warren said. “You will also have to have a sliding scale as to what is affordable.”

Warren argues that the future of Maine depends on investing in housing.

“If you want to see the state survive we have to invest in housing,” Warren said. “The people that live here and built a life here can’t afford higher taxes, but there has to be some short of re-appropriation, from sectors that can spare a few bucks.”

Last June a ruling issued by the U.S. Supreme Court in Dobbs v. Jackson Woman’s Health Organization gave states authority to regulate abortion within their borders. Abortion is currently legal in Maine and Warren said she does not intend to change the status quo.

“The state has laws on abortion and I will stand by those laws,” Warren said.

Warren is facing off against incumbent Rep. Holly Stover, D-Boothbay, in the 2022 midterm elections.