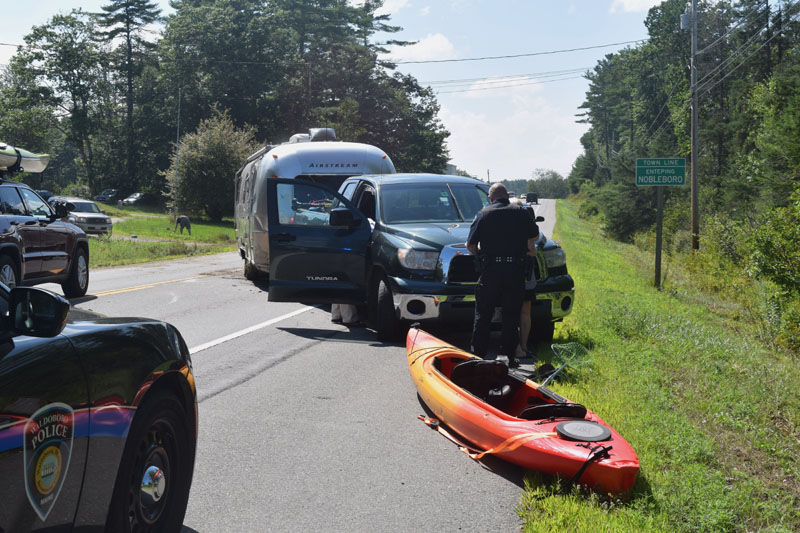 A pickup truck and camper block the southbound lane of Route 1 at the Nobleboro-Waldoboro line Thursday, Aug. 16. (Jessica Clifford photo)

The driver of a pickup truck towing a camper on Route 1 fell asleep and went off the road, slowing traffic at the Nobleboro-Waldoboro line for about an hour the afternoon of Thursday, Aug. 16.

Anthony C. Limanni, 69, was driving a 2008 Toyota Tundra north on Route 1, towing a 2004 Airstream camper, when he fell asleep, according to Officer Larry Hesseltine, of the Waldoboro Police Department. The truck left the road on the northbound side. The driver overcorrected and the truck crossed both lanes of traffic, coming to a stop across the southbound lane and shoulder.

Anthony Limanni’s wife, Harriet Limanni, 66, was a passenger in the vehicle. Neither were hurt, Hesseltine said. 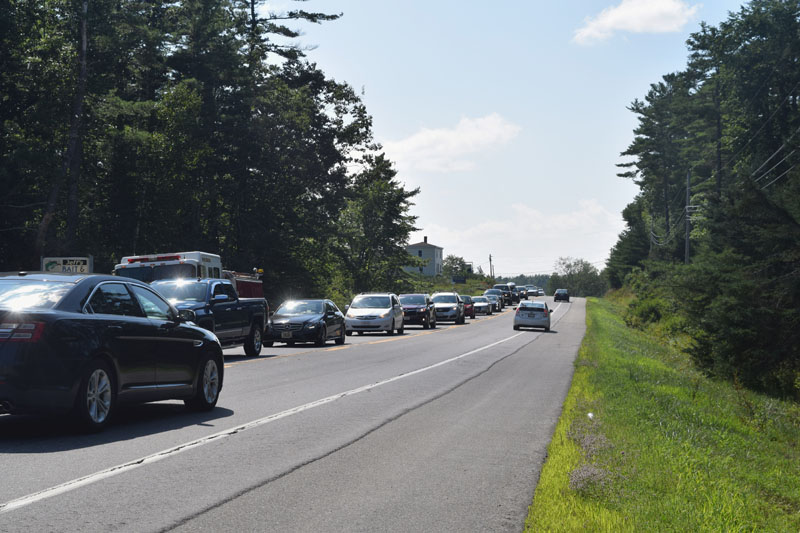 Traffic backs up on Route 1 near the Nobleboro-Waldoboro line Thursday, Aug. 16. A truck and camper went off the road at the town line, causing the backup. (Jessica Clifford photo)

Items in the bed of the pickup truck fell onto the road, including a kayak, Hesseltine said. There was damage underneath the camper and two of the truck’s tires were flat.

In addition to the Waldoboro Police Department, the Nobleboro and Waldoboro fire departments were at the scene.