A handful of Damariscotta residents and other community members participate in a community conversation about the regulation of recreational marijuana businesses at Great Salt Bay Community School on Tuesday, Nov. 16. (Maia Zewert photo)

A small group of Damariscotta residents gathered at Great Salt Bay Community School on Thursday, Nov. 16 to discuss how the town should regulate recreational marijuana businesses.

The community conversation took place a little over a week after the Maine House of Representatives voted to sustain Gov. Paul LePage’s veto of a bill to establish a regulatory framework for such businesses. 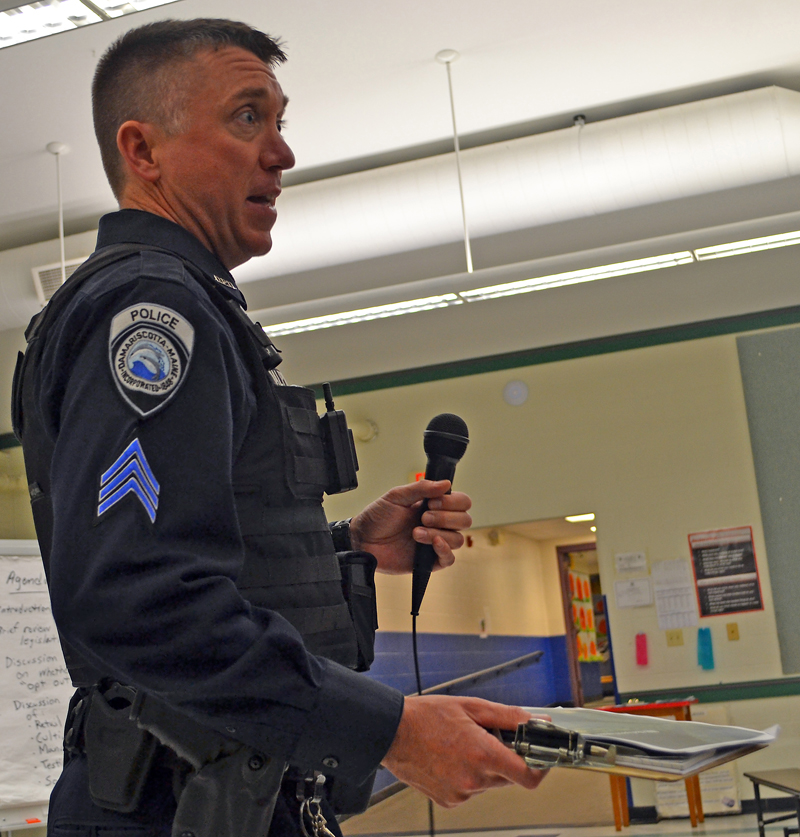 Damariscotta residents voted in favor of legalization, 736-611, and town officials have been trying to gather more information about how, if at all, residents want the town to regulate recreational marijuana shops, social clubs, commercial cultivation, and other operations.

Since LePage vetoed L.D. 1650, the law regarding recreational marijuana “very much remains in flux,” Lutkus said.

“There are components of the law that were very confusing, and with the governor’s veto, it’s unclear whether the Legislature will rectify that,” Lutkus said during the community conversation Nov. 16.

Lutkus attended a Maine Municipal Association workshop about the options towns have while waiting for the state to act. Options include adopting a temporary or indefinite ban on recreational marijuana businesses and beginning work on amendments to town land use ordinances, Lutkus said.

“MMA recommends being proactive if you want to regulate or prohibit,” Lutkus said. “It’s a bit confusing right now, and we don’t know what will happen if we do nothing.”

In the meantime, the town wants to continue to garner input from residents about what they would like to see in Damariscotta, Lutkus said.

Selectman Mark Hagar said he would like to see any recreational marijuana-related businesses run “just like any other legitimate business.” 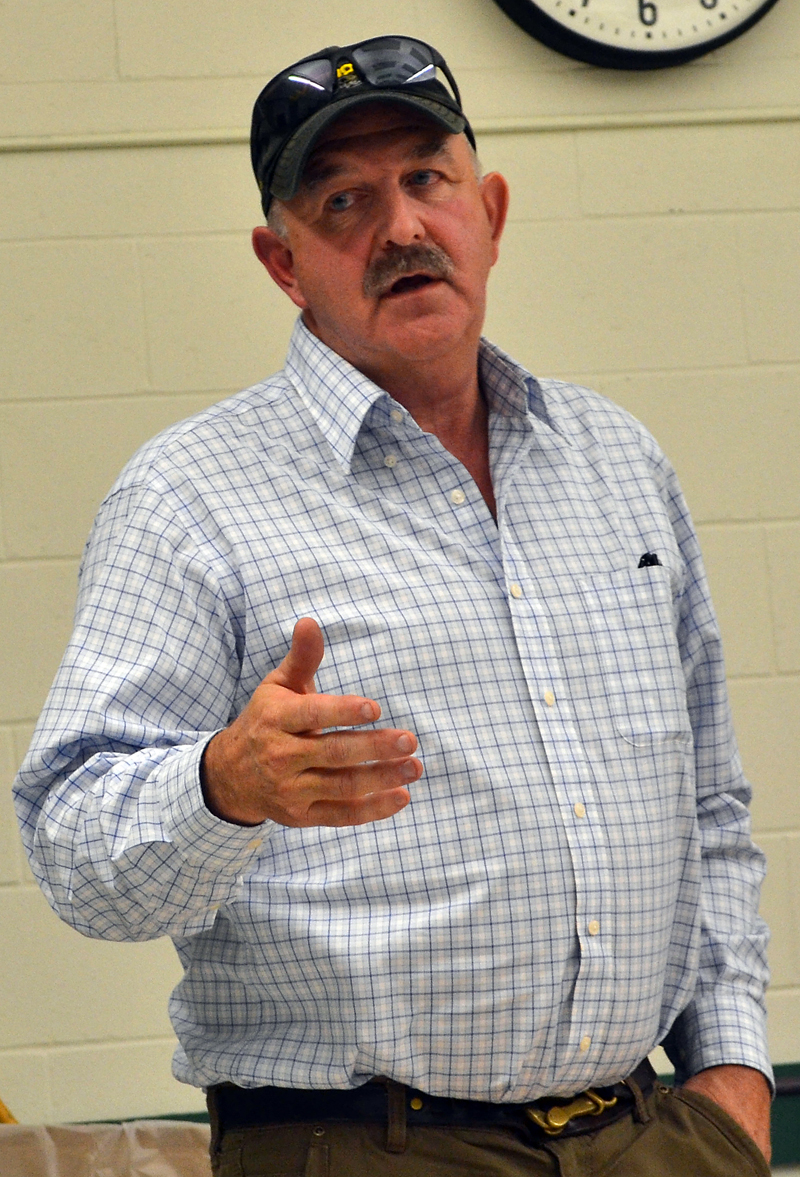 “Personally, if we’re going to do this, I would be okay with having the stress in the downtown, because I know we’re going to have the police officers driving by. It’s visible. It’s not hidden away back somewhere,” Hagar said. “We are a service center, and we need to remember that in everything we do, and that includes this.”

Resident Amy Lalime agreed, saying recreational marijuana-related businesses should be “treated just like a bar or anything else.”

“This is an opportunity I don’t think we should miss, especially if, perhaps, the Legislature will tweak things more in favor of the towns that take it on,” Lalime said.

She asked about whether towns in Colorado had experienced any “downsides” after that state legalized recreational marijuana in 2012.

Hagar expressed concern about people driving under the influence.

Kate Marone, program manager for Healthy Lincoln County, suggested that the town look at a report compiled by the Rocky Mountain High Intensity Drug Trafficking Area, a drug-prohibition program run by the U.S. Office of National Drug Control Policy. The report details the impact the legalization of marijuana has had in Colorado.

Damariscotta Police Sgt. Erick Halpin said, “as far as law enforcement goes, it’s all speculation until we’re dealing with it.”

The community conversation concluded after an hour. Lutkus said the discussion will continue in the future.