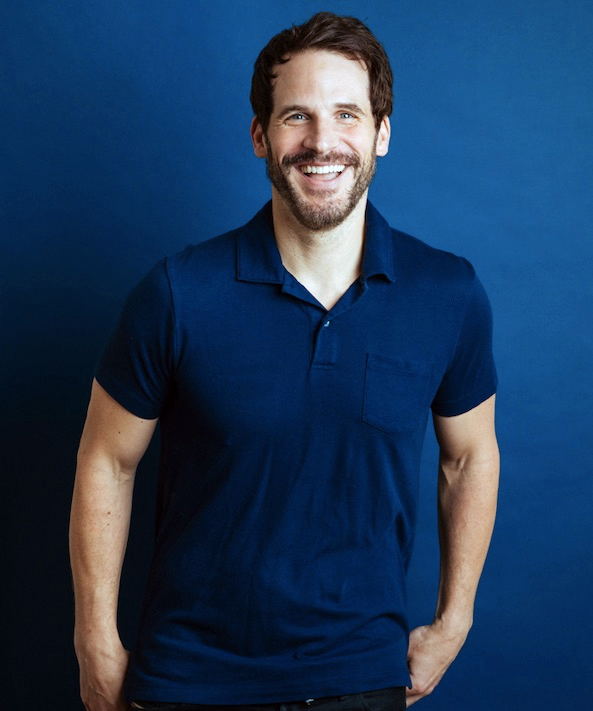 Damariscotta native Ryan Gaul, who appears in the TBS series “The Last O.G.” alongside Tracy Morgan, is back home to screen his short film “Jack” at Lincoln Theater. (Photo courtesy Ryan Gaul)

Ryan Gaul, a Damariscotta native and 1992 graduate of Lincoln Academy who has appeared on TV comedies including “The Last O.G.,” “Superstore,” and “House of Lies,” will return to Lincoln County for the Maine debut of his new short film at the inaugural MidCoast Film Festival.

Gaul’s first acting credit was playing a character named Knuckles in the play “Tumbleweed” while attending Great Salt Bay Community School. During his time at Lincoln Academy, he was a member of the LA Players Improv Group, which sparked his interest in improv.

Now a resident of Studio City, Calif., Gaul wrote and stars in “Jack,” a short about a man who confronts the fate of his sick cat. Gaul’s experience putting down his cat, Jack, inspired the short film.

“Jack” originated as a sketch Gaul wrote in 2014 for The Groundlings, a comedy improv troupe in Los Angeles of which he is a member. Despite not originally wanting to discuss what happened, Gaul wrote a sketch about his experience after a director suggested it might help him process the loss.

Shortly thereafter, Nick Paonessa, whom Gaul met through The Groundlings, suggested turning the sketch into a short film. At the time, Gaul had just been cast as a series regular alongside Tracy Morgan and Tiffany Haddish in the TBS sitcom “The Last O.G.,” so filming of “Jack” had to wait until a break between the production of the first and second seasons last summer.

In addition to writing the short film, Gaul stars as Sam, Jack’s owner. Sarah Baker, whom Gaul also met through The Groundlings, plays the veterinarian.

For the role of Jack, Gaul didn’t need to look much further than the real Jack’s 13-year-old brother, Tripper. Save for a larger black nose on Jack, the two animals are almost identical, Gaul said. The cats are named for Jack Tripper, a character on the sitcom “Three’s Company” played by John Ritter, Gaul’s comedy hero.

“It’s very simple, and that’s what we wanted it to be,” Gaul said. “Nick is a brilliant producer, and he found a sweet vet who agreed to let us use their office for the day. It was one location, two people, and a cat, telling a sad, funny story.”

“On our way back from Palm Springs, we were saying that we hadn’t done any East Coast festivals and I just happened to say, ‘Is there anything in Maine?’ because it would be a great excuse to get home,” Gaul said.

Paonessa listed off a couple festivals before pausing and saying they probably missed the cutoff for one of the events. Gaul asked where the festival was taking place and waited a “comedically long time” for Paonessa to butcher the name Damariscotta. 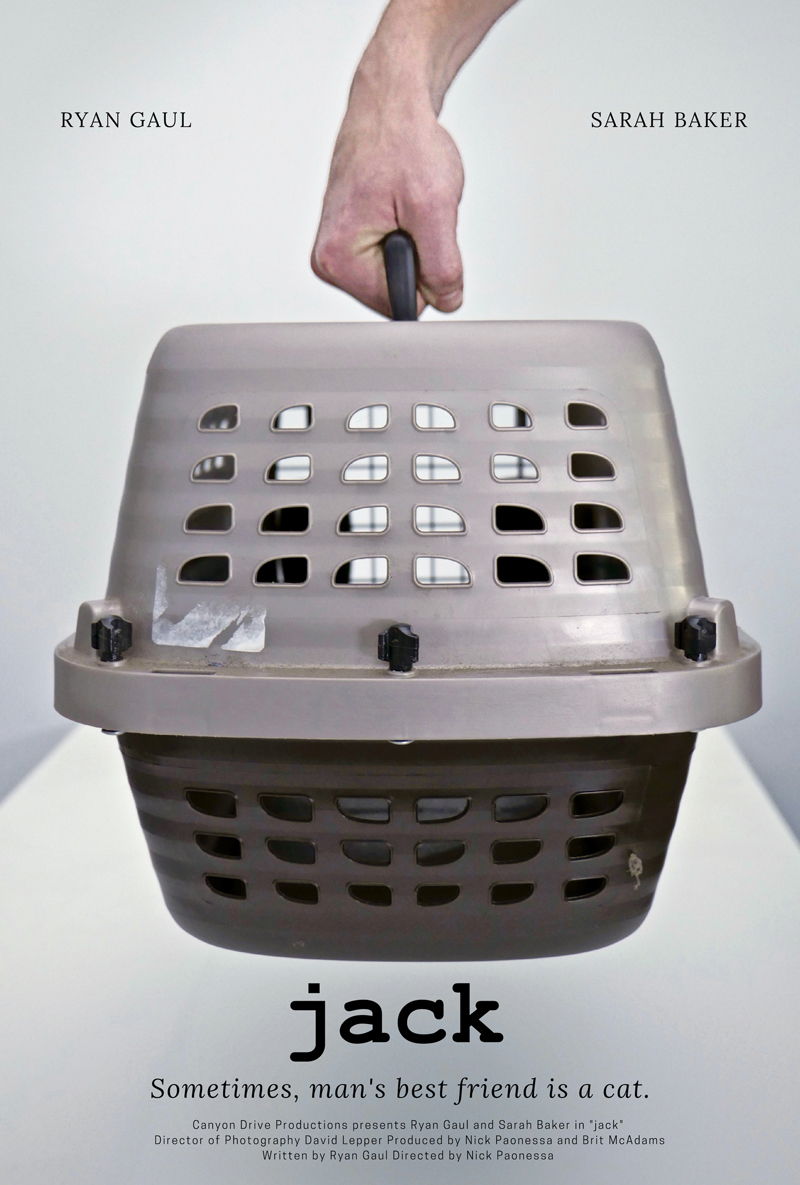 The poster for the short film “Jack.” Damariscotta native Ryan Gaul wrote and stars in the short, which will have its Maine premiere at the MidCoast Film Fest at the Lincoln Theater in Damariscotta.

MidCoast Film Fest, at Lincoln Theater in downtown Damariscotta, kicks off Friday, July 26 and runs through Sunday, July 28. The festival features original long and short films based on true stories or events.

The festival also happened to be scheduled when Gaul would be back in Maine for vacation. Gaul plans to be in attendance when “Jack” screens at 2 p.m., Sunday, July 28.

“It’s something a little more out of the ordinary from what I usually do, so I’m excited that people from my hometown will get to see this,” Gaul said.

Gaul has two new short films in the works for this year. One is a comedy focused on a mother-son relationship, while the other is a horror short. The latter is a departure for Gaul, who is primarily known for his comedy work.

Gaul will also appear in a Netflix film adaptation of “Between Two Ferns,” the online parody talk show starring Zach Galifianakis. Gaul, Lauren Lapkus, and Jiavani Linayao portray the show’s crew as Galifianakis takes a road trip to save his career in the meta movie, according to the entertainment website deadline.com. The film will begin streaming on Netflix on Sept. 20.

“Anyone who is a fan of Zach’s series of shorts is going to love this,” Gaul said. “I pride myself on being able to keep a straight face through comedic scenes, but (Zach’s) so dry and he can break me. He cracked the code on me the first scene we had together.”

Gaul credited Galifianakis, along with two other current co-workers, Morgan and Haddish, for demonstrating different acting styles and ways to approach his work.

“I think the main thing this has all helped me realize is that there’s no one way to act that is going to make you successful – you have to find your own style,” Gaul said. “I used to think I had to get in the rooms and do it the ‘right way,’ and most of the time you’re not going to please anyone unless you’re doing it in a way that’s authentic to yourself.”

While he’s waiting to hear what part his character will play in season three of “The Last O.G.,” which begins production later this year, Gaul said he will continue to make time for projects like “Jack” and other creative endeavors.

“I like working and collaborating with people with the same sensibilities and a shared comedic voice,” Gaul said. “It’s something I don’t mind ever putting a lot of time and effort into because it keeps me sharp for other projects that come my way and fulfills me in a different way.”

For more information about “Jack,” go to instagram.com/jackofficialshort.

To learn more about the MidCoast Film Fest and to purchase tickets, go to midcoastfilmfest.org.