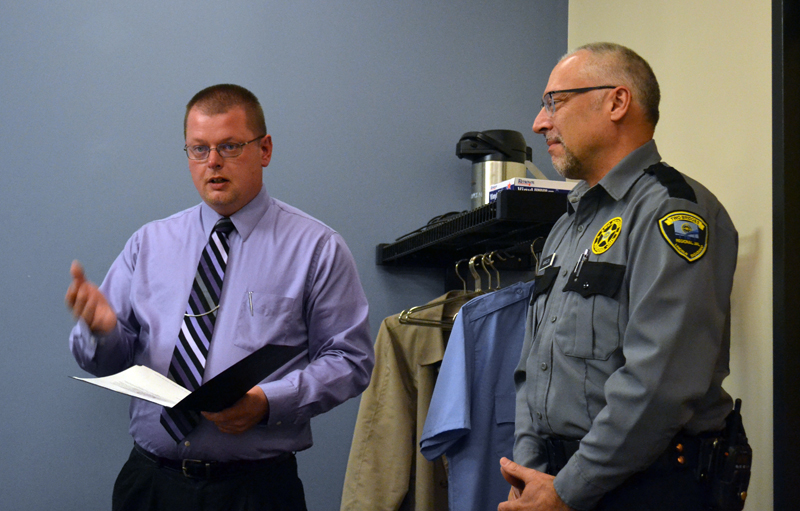 To recognize the hard work and dedication of employees, Two Bridges Regional Jail has launched an Officer of the Month program, said Capt. James Bailey, the jail’s acting administrator. Corrections Officer Derek Maroon was the first to receive the award.

Bailey named Maroon the April Officer of the Month during the Lincoln and Sagadahoc Multicounty Jail Authority Board of Directors meeting Wednesday, May 9. He was presented with a certificate and a $150 gift card.

Each shift supervisor was asked to nominate an officer who has made an “outstanding difference,” Bailey said. Maroon’s contributions include not only his performance as a corrections officer, but also the positive impact he has on the working environment.

Co-workers “look upon you as a mentor,” Bailey said to Maroon. “Thank you for your hard work.”

The authority’s May meeting coincided with National Corrections Officer Week. Each shift at the jail was treated to a barbecue with Aramark, the jail’s food service provider, donating the food, Bailey said.

“I just want to take this opportunity to thank all staff,” Bailey said. “They do a lot of work out back and have had to deal with a lot of hurdles. I can’t thank them enough.”