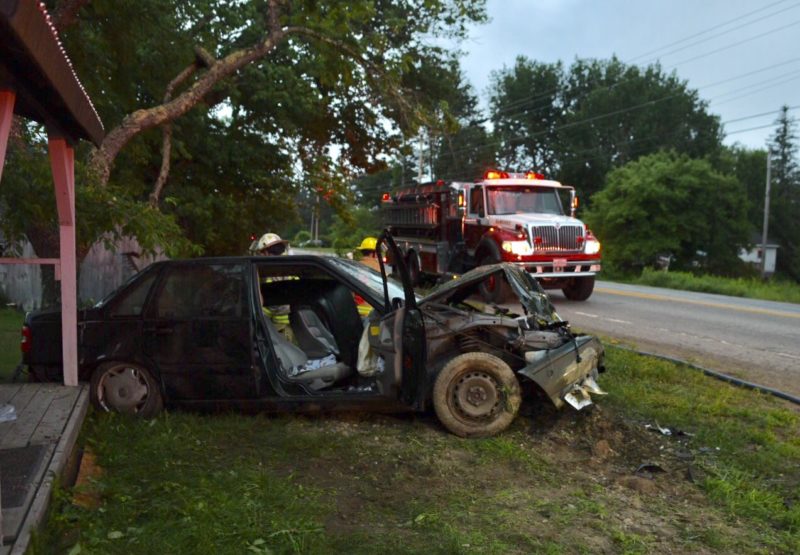 Bristol firefighters work on the scene of a car accident in the vicinity of 1926 Bristol Road the evening of Saturday, June 23. (Jessica Picard photo)

Two people were brought to LincolnHealth’s Miles Campus in Damariscotta with non-life-threatening injuries after a car accident on Bristol Road in Bristol the evening of Saturday, June 23.

The Lincoln County Communications Center dispatched Bristol Fire and Rescue at 7:05 p.m. to respond to a crash involving a car and a utility trailer. The Central Lincoln County Ambulance Service and Lincoln County Sheriff’s Office also responded to the scene.

Megan S. Gamage, 35, of Bristol, was driving her 1999 Volvo S70 northbound when she went off the road on the right. The vehicle entered the ditch, then struck a tree and a utility trailer parked at 1926 Bristol Road, according to Lincoln Sheriff’s Office Lt. Brendan Kane. 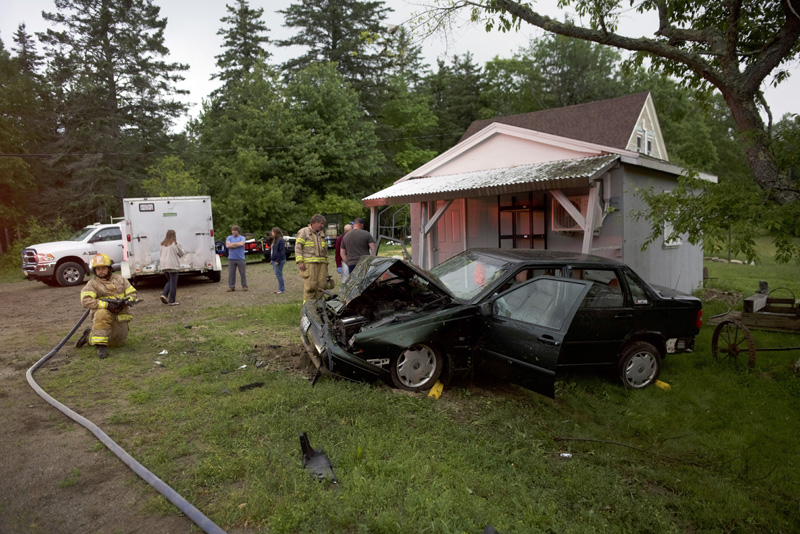 Bristol firefighters work at the scene of a car crash at 1926 Bristol Road in Bristol the evening of Saturday, June 23. (Jessica Picard photo)

Cassandra Trupiano was a passenger in the vehicle. Both Gamage and Trupiano were transported to the hospital with non-life-threatening injuries, according to Kane.

The sheriff’s office is still investigating the crash, according to Kane.

During the emergency response, a vehicle did not stop for traffic control at the scene. LCSO Sgt. Aaron Beck pursued the vehicle and arrested the driver, Brandon W. Bonney, 24, of Bristol, on a charge of operating under the influence.