Westport Island voters will elect a new second selectman on Tuesday, June 8. The incumbent, Gerald Bodmer, is not seeking reelection after 12 years in office. The town has two candidates for the seat.

The polls will be open from noon to 6 p.m. at the historic town hall, 1217 Main Road. Absentee ballots may be requested at the town office, 6 Fowles Point Road, through Thursday, June 3, and must be returned by the time polls close. 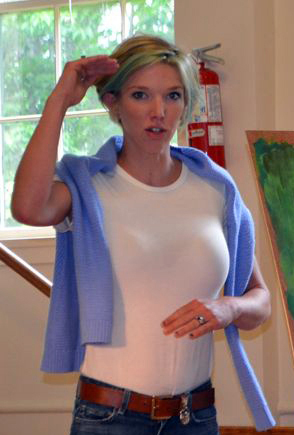 Bailey Bartlett has always been interested and involved in civic activities in the communities where she has lived.

She subscribes to the Ubuntu philosophy, “I am, because we are,” and believes it is important for small communities like Westport Island to maintain strong connections.

Born in Kennebunk, Bartlett moved to Westport Island from Scarborough five years ago.

“This is truly where I want to put my roots,” Bartlett said.

After graduating from the University of Southern Maine with a degree in business, Bartlett worked as an event planner and a wholesale buyer in the retail industry for 10 years before she moved to Westport Island and started Bailey’s Blooms, a landscaping business.

Bartlett said that she likes to focus on maintaining buffer zones in her work, which prevent chemicals for lawn maintenance or other uses from coming into contact with adjacent land and water sources.

As a selectman, Bartlett said, she would like to create a program on the island to get young people involved with volunteering in the community. She said that such a program might provide free shoveling for older residents who might otherwise find themselves trapped in their homes in the winter, a service Bartlett has provided in past winters through the community food bank.

Bartlett said that she would prioritize accessibility if elected.

“I’d love to have everyone on the island feel like they could walk into the town office and talk to me,” she said.

Bartlett has been a member of the Kennebunk School Board, the Maine Arborist Association Board of Directors, and The Morris Farm Trust Board of Directors. She is especially proud of Morris Farm’s work to make fresh fruits and vegetables accessible to low-income households in Maine through the Supplemental Nutrition Assistance Program.

During the holiday season, Bartlett makes wreaths and leaves them all around the island as a pleasant surprise for residents. She has also taken over a lot of the landscaping around Westport Island’s municipal buildings, including the fire station’s community garden.

Bartlett said her favorite things about Westport Island are the people and the environment.

“No matter which direction you look, there’s natural beauty,” she said.

In her free time, she enjoys painting, woodworking, and working on her own gardens with her children, ages 7 and 8. 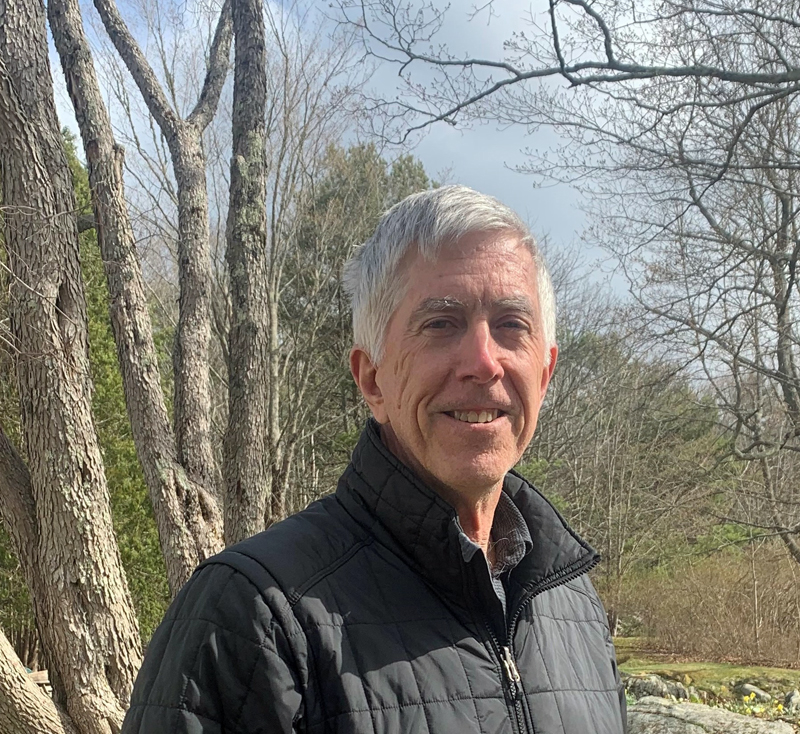 Jeff Tarbox has been very active in Westport Island government since he moved to the town year-round in 1980, having served as the secretary of the comprehensive planning committee, chair and treasurer of the history committee, and member of the planning board, town hall committee, and broadband and cable committee.

“You could say it’s in my blood,” Tarbox said.

Tarbox’s father was instrumental in the creation of the cemetery committee and many cemetery restorations on the island. His mother wrote a book charting the island’s history from 1605-1972. He is the seventh generation of the family to live on the island.

After earning his bachelor’s degree at Occidental College, Tarbox attended Cornell University for graduate school and later earned a Master of Business Administration at Northeastern University.

Before retiring in 2016, he worked at Bath Iron Works in planning and information technology for more than a decade in the ’80s and ’90s, then moved on to management consulting and IT operations with businesses and government agencies across the country. Later, he worked as a teacher and carpenter while living on the island.

Tarbox helped to create the town’s comprehensive plan in his tenure as a member of the comprehensive planning committee, and said he would work to implement the recommendations in that plan, as well as to preserve the community’s “rural and friendly” character.

He considers the sustainable management of the town’s water resources to be one of the most important issues he would face as a selectman. Some residents have reported their water becoming brackish, and he is concerned that too much development could deplete the town’s aquifer.

Tarbox would seek a study on the status of the aquifer, but would ultimately defer to knowledgeable locals, including members of the town’s committees, to take effective action on most issues.

Of all his committee work, Tarbox is especially proud of the accomplishments of the history committee, such as the establishment of the Westport Island History Center at the Wright House.

“It’s a strong team with a lot of excellent people,” Tarbox said.

In his free time, Tarbox enjoys reading about history and current events, volunteering at the Maine Maritime Museum, and learning about beer and brewing. An avid hiker, he has climbed all of the 48 New Hampshire 4,000-footers and is intent on climbing the 14 in Maine.

Tarbox said that his favorite thing about being part of the Westport Island community is the people.

“We really try to get along,” he said.