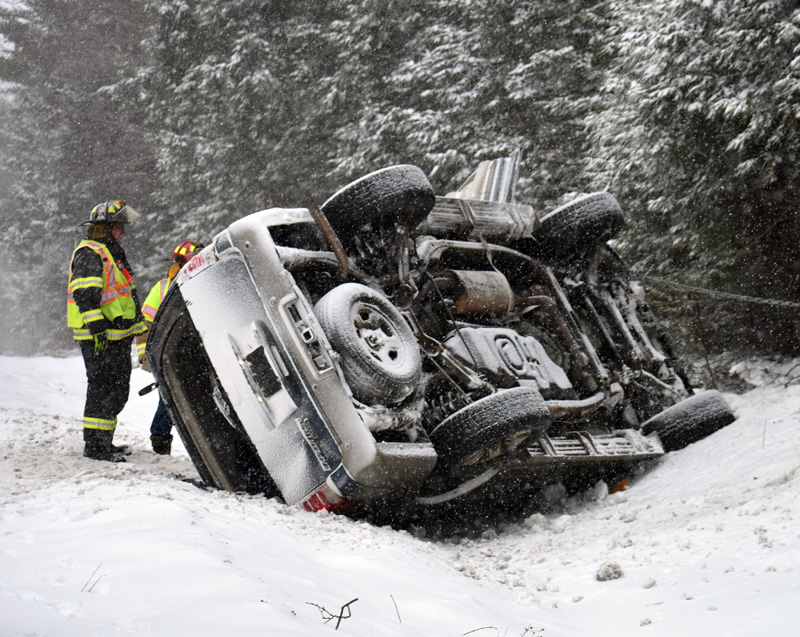 Waldoboro firefighters work at the scene of a rollover on Route 1. Emergency responders extricated two of the vehicle’s four occupants. (Alexander Violo photo)

Waldoboro firefighters extricated two people from an SUV after a rollover in the area of Ralph’s Hill on Route 1 the morning of Tuesday, Jan. 30.

According to Officer Larry Hesseltine, of the Waldoboro Police Department, no major injuries were reported. Waldoboro Emergency Medical Services checked out all four of the vehicle’s occupants at the scene.

Tammy Luce-Warren, of Warren, was driving a 2003 Ford Expedition south on Route 1 when she lost control of the vehicle due to road conditions, according to Hesseltine. The vehicle crossed the centerline and overturned on the northbound side of the highway. 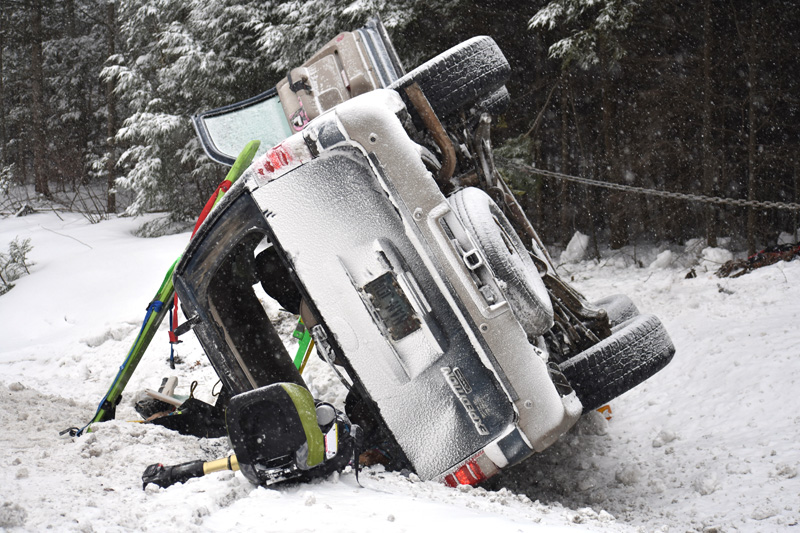 The scene of a rollover on Route 1 in Waldoboro after firefighters and emergency medical services personnel extricated two occupants from the SUV. (Alexander Violo photo)

The identities of the passengers were not immediately available.

Emergency responders secured the vehicle before the extrications.