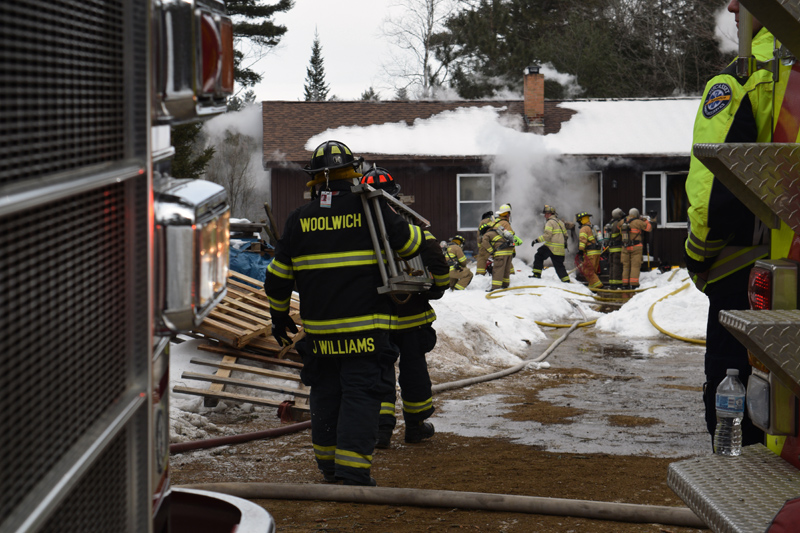 Woolwich firefighters carry a ladder toward a home on fire at 46 Greenleaf Road in Wesport Island on Wednesday, Feb. 27. (Jessica Clifford photo)

An electrical fire destroyed a ranch-style house at 46 Greenleaf Road in Westport Island the morning of Wednesday, Feb. 27. Three pets died, but a fourth survived. No one in the family of five that lives in the house was home when the fire started. Almost immediately, a community effort was building to support the family.

Blackie, the family’s 12-year-old cat, was found outside. 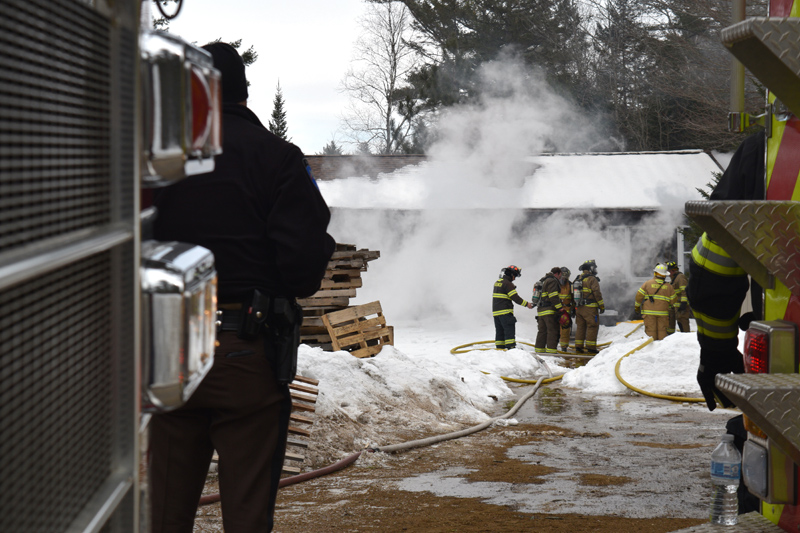 Firefighters work at the scene of a house fire at 46 Greenleaf Road on Westport Island. (Jessica Clifford photo)

According to Westport Island Deputy Fire Chief Jason Abbott, a neighbor who was outside noticed smoke coming out of the kitchen window and reported the fire.

Bonnie Pinkham Wormwood said her husband received a call from the Lincoln County Sheriff’s Office about the fire.

Westport Island Fire Chief Stacey Hutchison described the house as “heavily damaged” at the scene. A day later, Abbott said it is a “complete loss” and one side of the house was more damaged than the other. 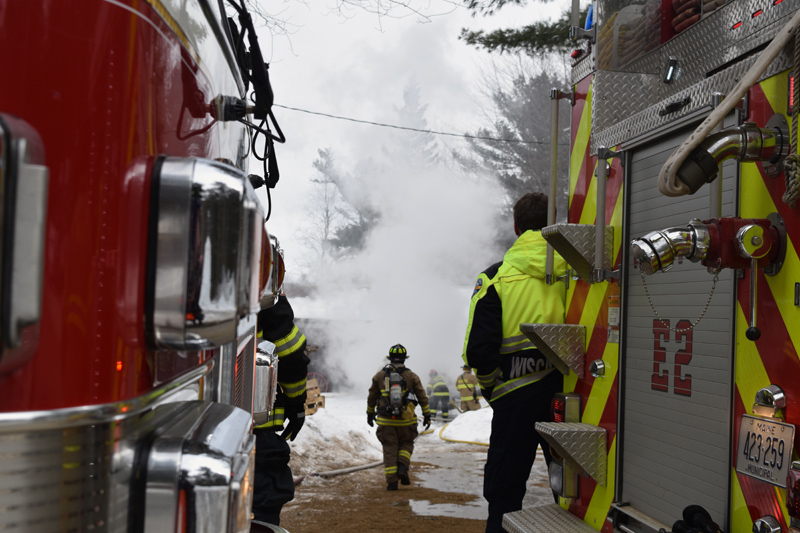 A firefigher walks toward a home on fire at 46 Greenleaf Road in Westport Island. (Jessica Clifford photo)

Bonnie Pinkham Wormwood said that although the family “basically will be losing everything,” they will try to salvage memorabilia, especially some of the children’s items, because their bedrooms were not as badly burned.

Sgt. Joel Davis, of the Maine State Fire Marshal’s Office, said the fire was “accidental” and “electrical in nature.”

Bonnie Pinkham Wormwood said firefighters described the heat of the fire as “crazy and unfathomable.”

“It melted the back doors in five minutes,” she said. “The first responder came and he heard a couple of small explosions, ran and got the hose and came back down, and our French doors were … gone when he came back.”

The Westport Island, Alna, Edgecomb, Wiscasset, and Woolwich fire departments, as well as the Lincoln County Sheriff’s Office, responded to the scene.

“We were able to get here quite rapidly,” Hutchison said.

The first call to the Lincoln County Communications Center about a possible structure fire was at 10:47 a.m.

The family is living with Bonnie Pinkham Wormwood’s parents while they look for a rental home, she said. The house was fully insured.

A friend from high school has set up a GoFundMe online fundraiser for the family at tinyurl.com/y3t5bgt4.

“The outpouring, we can’t even wrap our heads around it,” Bonnie Pinkham Wormwood said.

The family has only lived in Westport Island for a little over a year after living in Boothbay for many years. She is amazed by the community’s support, even from people she doesn’t know.

“I’m speechless. I know in the past, with people who had house fires in Boothbay, it’s the same way,” she said. “You’re just so overwhelmed and blown away from the generosity.”

(Correction: An earlier version of this article online incorrectly reported the address of the Wormwood home. It is 46 Greenleaf Road, not 48 Greenleaf Road. The Lincoln County News regrets the error.)