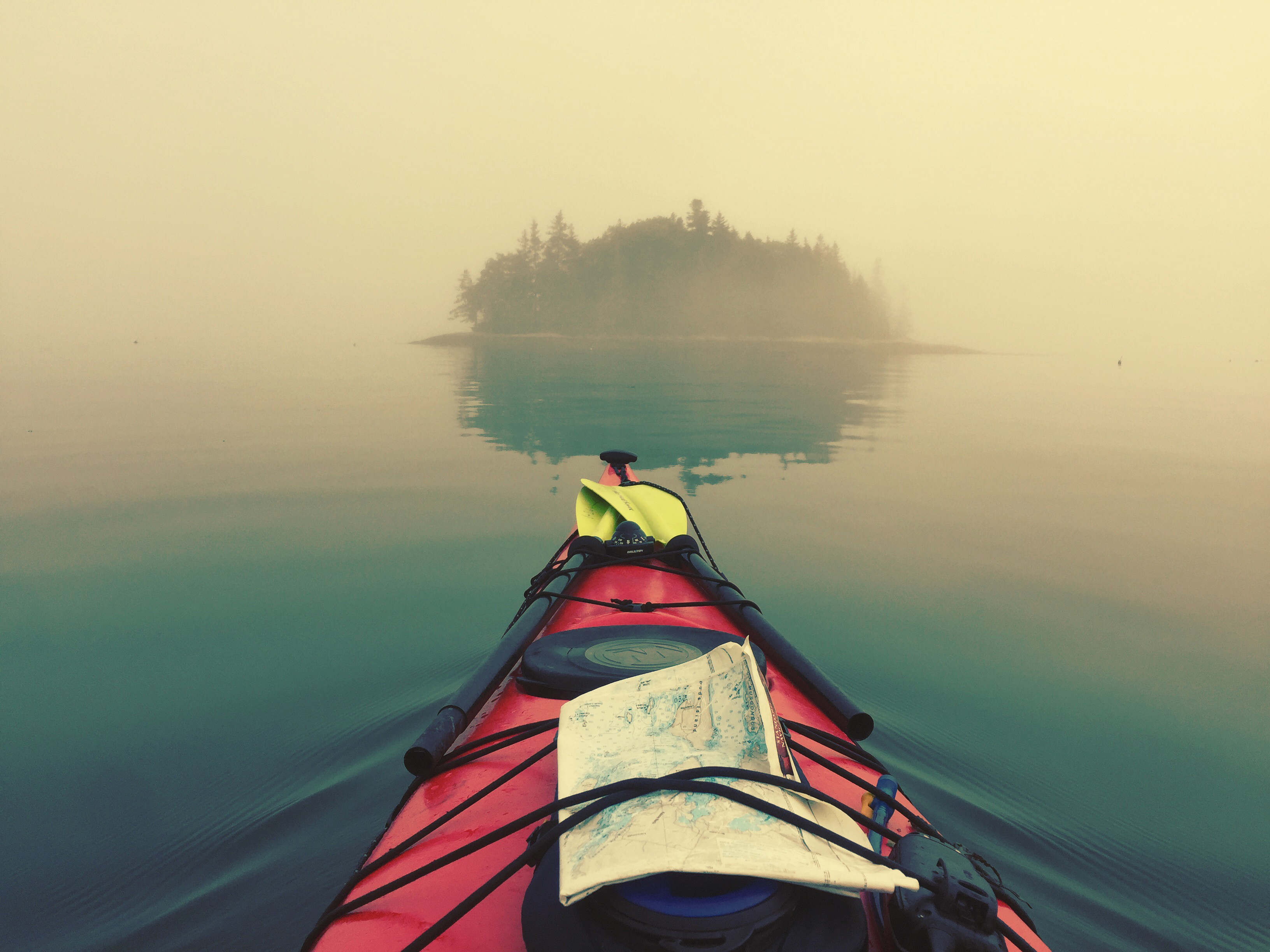 Haun Bassett’s photo of Crow Island in the fog received the most votes to become the March winner of the #LCNme365 photo contest. Bassett received a $50 gift certificate to Rising Tide Co-op courtesy of Maine Septic Solution, the sponsor of the March contest.

A registered Maine sea kayak guide handily won the March #LCNme365 photo contest with a photo from his kayak in Muscongus Bay. 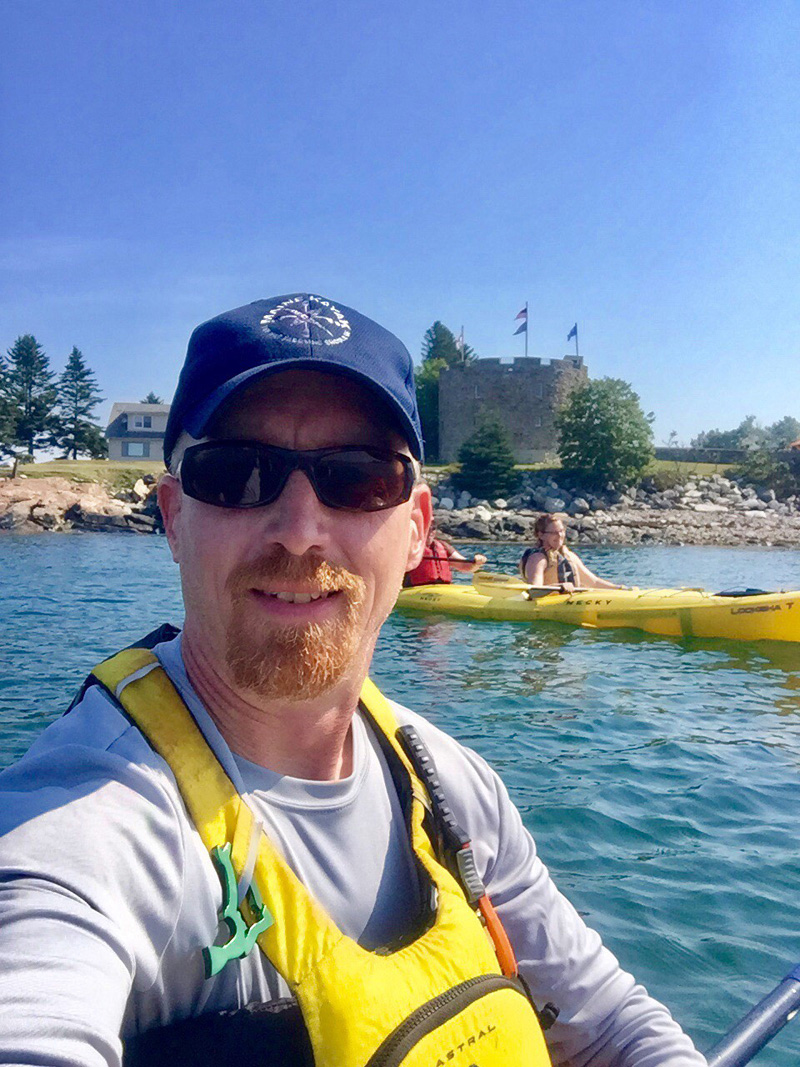 Hauns Bassett, of Unity, snapped the photo with his iPhone 6s while leading a group that included a pair of best friends and a family of four to Crow Island for Maine Kayak last August.

“It was just a foggy day where you couldn’t really see that far ahead, and it was just surreal and spooky,” Bassett said. “And then Crow Island just appeared out of the fog.”

Bassett spends a lot of each summer in Lincoln County and has found himself constantly taking photos when he’s in the area. He learned about the contest from seeing hashtags and comments on Instagram, and decided to enter a few of his photos.

“I’ve been thrilled!” Bassett said of the reaction to his photo. “To have a little bit of my artistic eye recognized is flattering and it’s encouraged me to keep taking photos and entering contests like this. It’s reaffirming.”

In addition to having his photo featured on the front page of The Lincoln County News, Bassett will receive a $50 gift certificate to Rising Tide Co-op courtesy of Maine Septic Solution, the sponsor of the March contest.

As the third monthly winner, Bassett cannot win another weekly or monthly contest in 2019, but he can still submit photos for inclusion in the weekly slideshow of entries at lcnme.com.

Bassett’s photo will compete against the other 11 monthly winners at the end of the year as voters select the winner for 2019.

Submissions are now being accepted for the April #LCNme365 contest. The winner will receive a $50 gift certificate from the monthly sponsor, Newcastle Chrysler Dodge Jeep Ram Viper. For full rules and means of entry, go to lcnme.com/photo-contest.