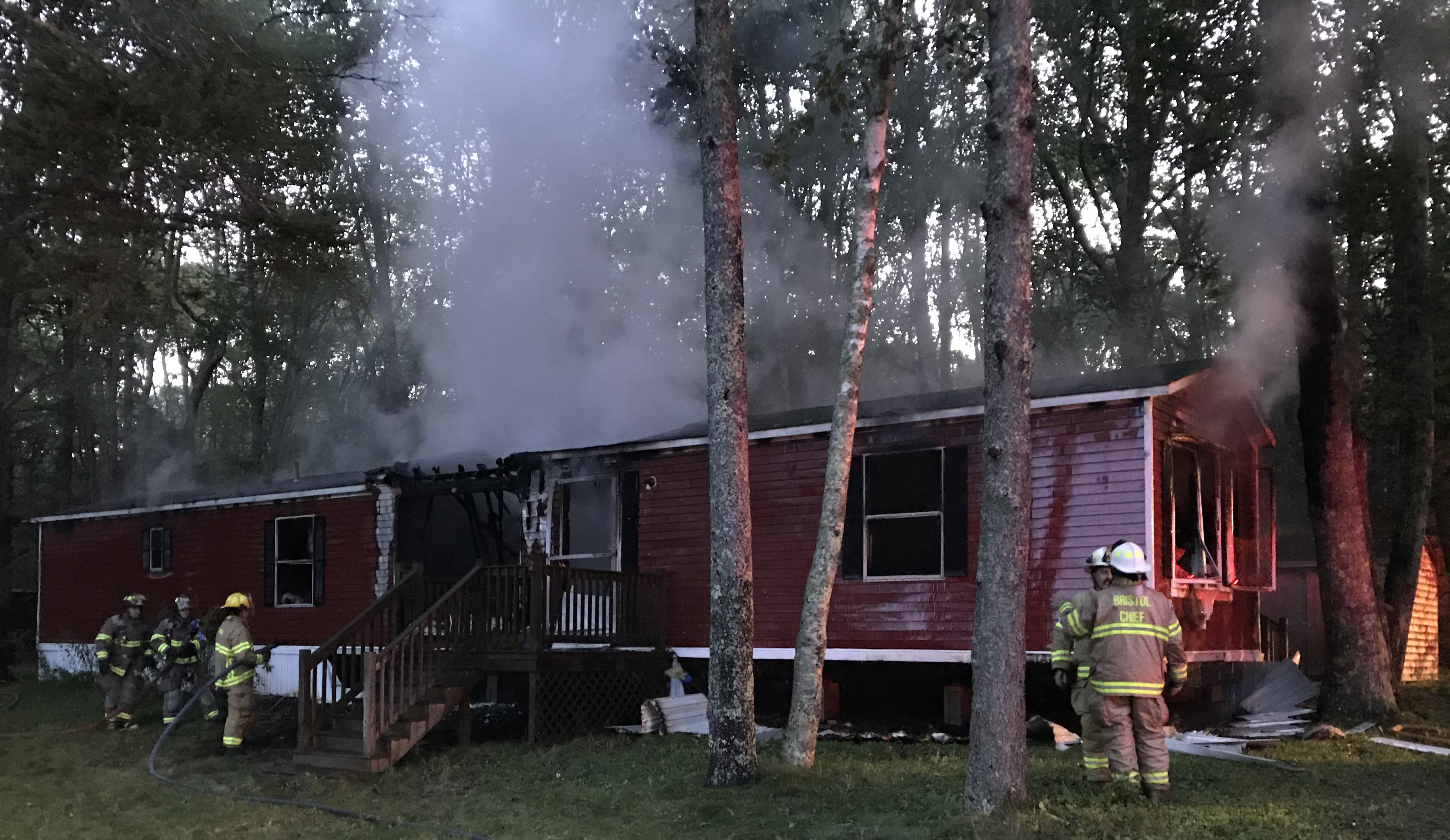 Firefighters cool down a smoldering mobile home at 3 Left Lane in Pemaquid early Monday, Aug. 26. The home was vacant, according to the fire chief. (J.W. Oliver photo)

The trailer at 3 Left Lane was the home of the late William E. Ball Sr., who died June 29 at the age of 66. Bristol Fire Chief Paul Leeman Jr. described the structure as a total loss.

The Maine State Fire Marshal’s Office was not able to determine the cause of the fire, according to Leeman, but it is not considered suspicious.

Flames were coming through the roof when firefighters arrived.

Firefighters from the New Harbor section of Bristol responded first and quickly knocked down the flames, Leeman said.

“I can’t really tell from this point where it started,” Leeman said, although he noted heavy damage to the center of the trailer.

Firefighters initially thought fireworks were exploding in the home, “but it was rounds of ammunition going off,” Leeman said. No firefighters were injured.

“It’s very sad for the family for the loss of some very important contents,” the fire department said later in a Facebook post. Leeman said the trailer was insured.

Firefighters were still pouring water on the trailer at 5:45 a.m. and would continue to cool it down and monitor the structure, Leeman said.

The structure fire was the fourth in Bristol since July 5, an unusual frequency. Leeman has said the town usually sees one or two structure fires every 12-18 months, although none of the fires have been suspicious.