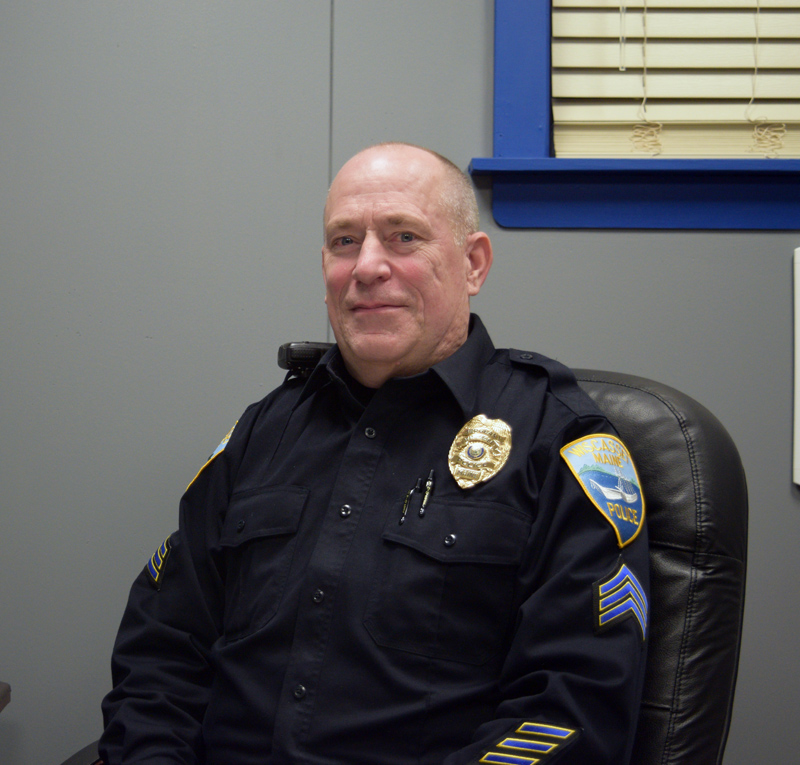 A former state trooper and former reserve officer and school resource officer with the Wiscasset Police Department has returned to Wiscasset, this time as sergeant.

Hatch has 35 years of experience in law enforcement and security.

For much of the time from 2011 to the beginning of 2017, Hatch worked as an officer, then school resource officer, in Wiscasset. During this time, he took a break from working in the department but came back.

He was Wiscasset’s first school resource officer during the 2014-2015 school year.

Hatch spent most of his career with the Maine State Police. He worked as a trooper for 23 years until he retired in 2009. He was a K-9 handler, a field training officer, and performed accident reconstructions.

Hatch received a degree in law enforcement from the University of Maine at Orono. “It’s just something I was drawn to,” he said. “There was no law enforcement in my family at all.”

After graduation, he joined the U.S. Army. He served in the Military Police Corps, spending most of his time in Washington, D.C., in the 1980s.

Before coming back to the Wiscasset Police Department, Hatch worked as a security supervisor for an industrial site in Auburn and as a part-time officer with the Richmond Police Department.

He is a single father of one girl and two boys.

As a sergeant – second in command to the chief – Hatch will share patrol duties and assist the chief with administrative work, such as scheduling and approving reports. He will work a rotating schedule of nights, from 4 p.m. to 2 a.m.

Hatch views the new mix of experience levels within the department’s full-time staff as a great way to share different skills.

“We’ve got some inexperienced officers, so it’s a chance to get them started with their careers,” Hatch said. “I’ve gotten by for a long time, so it’ll be nice to pass some of that on.”

The other full-time staff, including Officer Jonathan Barnes and School Resource Officer Cory Hubert, can help him too, “especially when it comes to computer work, which seems to change every time you turn around,” Hatch said.

Hatch is glad to be back in Wiscasset, where he appreciates the town’s support of its police department.

“A police department can’t work successfully without the citizens’ help and input,” he said. “I think the chief and I are pretty clear on this – this isn’t his department, it’s not my department, it belongs to not only all the officers here, but it belongs to everyone in the town.”