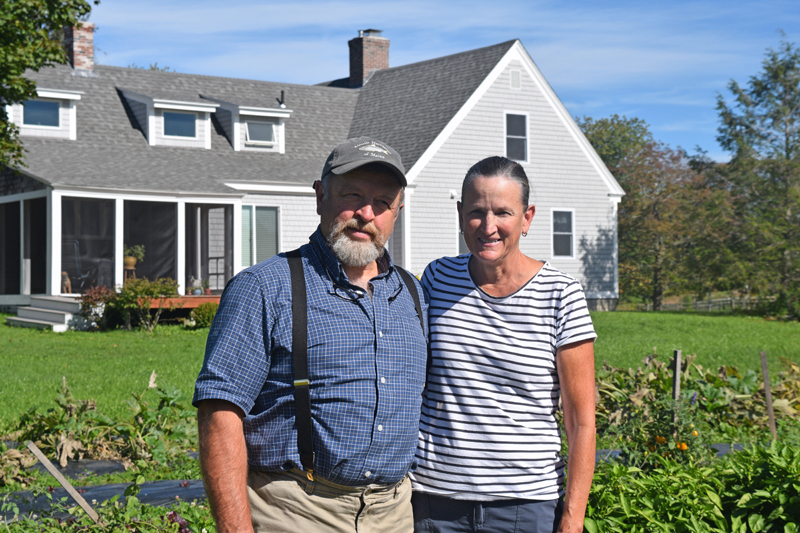 Don and Marcia Lyon own SeaLyon Farm on Route 218 in Alna. The Lyons are members of the United Farmer Veterans of Maine. (Jessica Clifford photo)

At SeaLyon Farm in Alna, a U.S. Navy veteran and his wife grow vegetables and both help and get help from other farmer-veterans as active members of the United Farmer Veterans of Maine.

Don Lyon, the nonprofit’s regional director for Lincoln and Sagadahoc counties, and Marcia Lyon settled into their house, across from the octagonal house on Route 218, in February 2017, after moving 13 times while Don was a deep-sea diver for the U.S. Navy. Don served for 22 years.

Don, an engineer, now works at Supervisor of Shipbuilding in Bath. Marcia retired from a 20-year career as a horse trainer.

Don and Marcia’s son, a ship’s captain, came up with the farm’s name. “It’s a combination of our last name and the fact that we’re a maritime family,” Don said.

The Lyons grew a lot of their own vegetables at their former homes, but SeaLyon is their first farm. They sell an assortment of peas, peppers, tomatoes, carrots, tomatillos, and more at local farmers markets and their own farm stand. The front yard is home to a pumpkin patch, the side yard lined with lavender plants. They started beekeeping this year.

When the couple moved to Alna, they were looking for a farmers organization to join, Marcia said. United Farmer Veterans of Maine showed up on one of their social media accounts.

United Farmer Veterans of Maine is an agricultural nonprofit where veterans educate other veterans about farming.

The organization’s slogan is “veterans helping vets with a ‘hand up,’ not a ‘handout.’” Established in 2016, it has about 260 members.

To join, a person must live in Maine and be either a veteran or an active-duty service member, Don said. 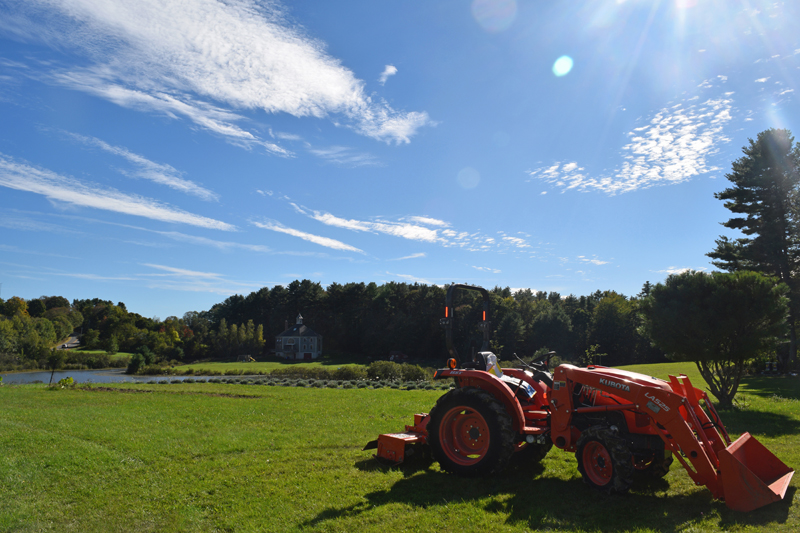 Lavender plants and a tractor at SeaLyon Farm in Alna. (Jessica Clifford photo)

The nonprofit’s members have a unique connection.

“It’s all veterans, so we all speak the same language. We all have pretty similar backgrounds,” Don said. “It’s an instant community if you join. You’re amongst people who understand you.”

United Farmer Veterans of Maine was recently the subject of some negative publicity regarding its former president, Jerry Ireland, who has pleaded not guilty to 13 counts of animal cruelty in connection with the deaths of his heritage Mangalitsa pigs. Ireland, a Republican candidate for the Maine House of Representatives, resigned his role as president in July.

“Now we are under new management and getting back to our basic charter of helping veterans get into farming,” Don said.

Members of United Farmer Veterans of Maine ask one another for advice and for help with major projects.

A few members have come to the aid of a Korean War veteran who was about to lose his farm. They are building him a cottage and helping run the farm. 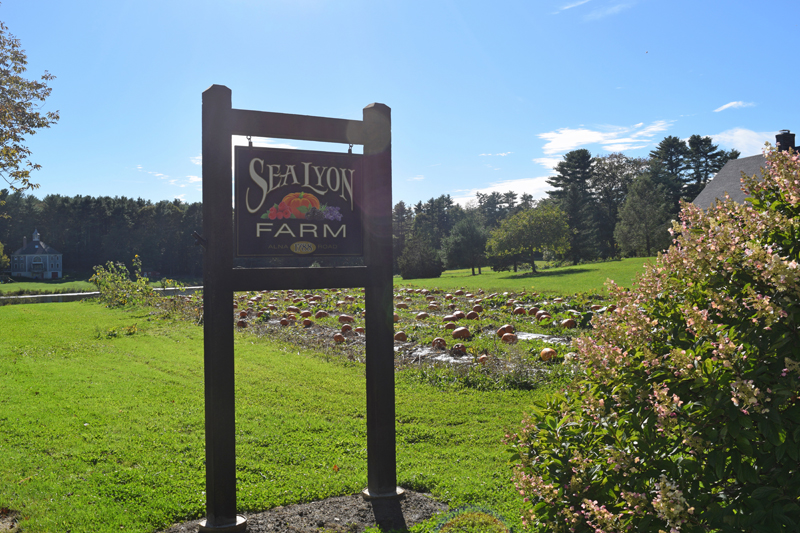 The sign at the entrance to SeaLyon Farm stands in front of the farm’s pumpkin patch. (Jessica Clifford photo)

Members have helped the Lyons too. SeaLyon Farm received a roughly $13,000 grant from the U.S. Department of Agriculture’s Natural Resources Conservation Service for a five-year commitment to growing vegetables.

With the money, Don and Marcia bought the materials to build a high tunnel, another term for a greenhouse.

Fellow members of United Farmer Veterans of Maine helped them put up the metal frame of the greenhouse, and more will come over to help finish the job.

In 2017, Don and Marcia went to “Armed to Farm,” a national conference for farmer veterans. The United Veteran Farmers of Maine hosted the 2017 workshop, which was sponsored by the National Center for Appropriate Technology and the Natural Resources Conservation Service.

Don said it is a week-long “crash course” with speakers who teach farmer veterans about how to start a farm, buying equipment, harvesting, the business of farming, and more.

On Sept. 29, the Lyon family hosted their first workshop at their farm: the 2018 Farmer/Veteran Field Day. 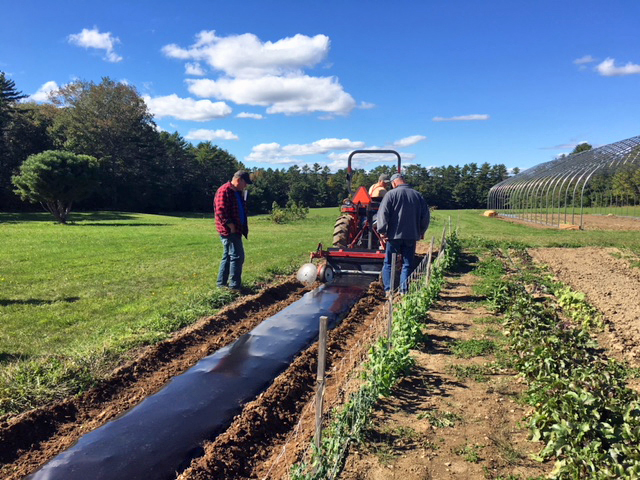 State Rep. Jeff Hanley, R-Pittston, a veteran who represents Alna in the House, attended the event “to show his support for veterans as well as local farmers,” Don said.

The workshop revolved around how to start a farm, what kind of equipment to buy, agricultural certifications, the importance of beekeeping, and how to obtain loans and grants.

There was a tour of the farm and mulch and irrigation demonstrations.