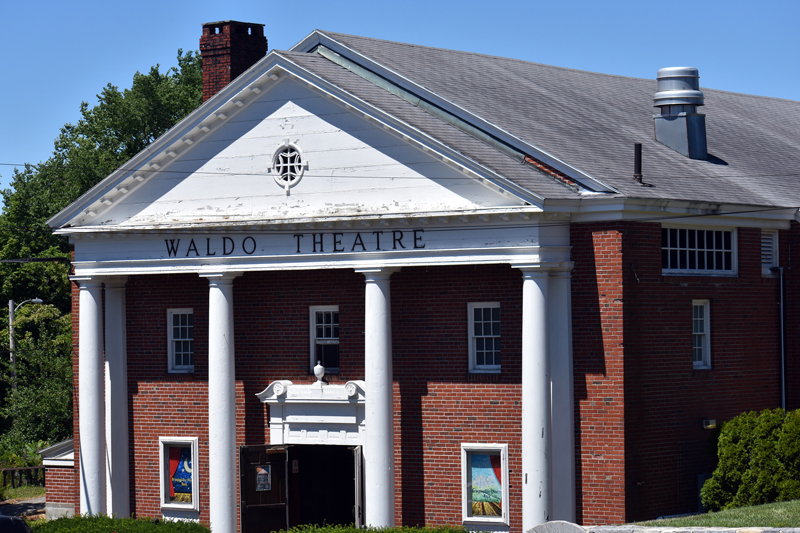 A campaign to revitalize the historic Waldo Theatre in the heart of downtown Waldoboro is getting ready for a barn party at Tops’l Farm, on Bremen Road in Waldoboro, to benefit the theater’s restoration.

Raising the Roof will take place Wednesday, Aug. 1 from 5:30-10 p.m. in a newly constructed timber-frame barn at the farm retreat.

The evening will feature food and music, with performances by John Stirratt, of Bremen, a bassist and multi-instrumentalist for Wilco and The Autumn Defense, who will perform with members of the Maine Youth Rock Orchestra.

The Ale House String Band, a band originally formed at The Narrows Tavern in Waldoboro, and the Oshima Brothers, a duo from Whitefield, will also perform.

In addition to the local talent on the outdoor stage, there will be locally sourced food provided by Harvest Moon Catering, of Waldoboro; Morse’s Sauerkraut, of Waldoboro; and Pemaquid Oyster Co., of Damariscotta.

Odd Alewives Farm Brewery, of Waldoboro, will be on hand as well.

Keri Lupien, vice president of the Waldo Theatre Inc. Board of Directors, credited a number of local businesses as financial, food, and other sponsors. 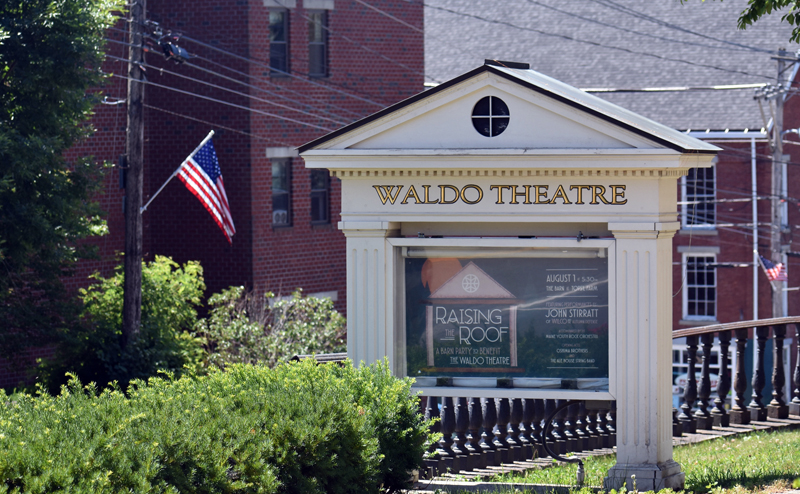 All proceeds from the event will go toward the Waldo’s Raise the Roof building campaign, according to Lupien, who joined the board in November 2017 and has worked as a primary group coordinator for the upcoming event.

The Waldo, opened as a movie theater, was built in the mid-1930s by Carroll Cooney, a New York lumber dealer who commissioned New York architect Benjamin Schlanger to design the movie house with an art deco interior and Greek revival facade.

Lupien said the theater originally sat 400 and had projection and sound systems identical to those at the Radio City Music Hall at Rockefeller Center. The building operated as a cinema until 1957.

The theater reopened in 1991, after a decade-long renovation, and operated as a successful community theater for over 20 years, an era Lupien described as the venue’s glory days.

Lupien said that in 2006, Kitty Fassett gifted the theater to the nonprofit Waldo Theatre Inc., but the organization struggled to maintain enough funding to support maintenance, programming, and staff, and the theater closed its doors in 2014. It was placed on a list of the state’s most endangered historic places in 2017.

A fundraising campaign to restore the building and prepare the venue for a sustainable future involves three phases, laid out in a campaign strategy facilitated by a grant from the Maine Community Foundation, according to Lupien, who said the goal is to have restoration work done by the end of 2020. 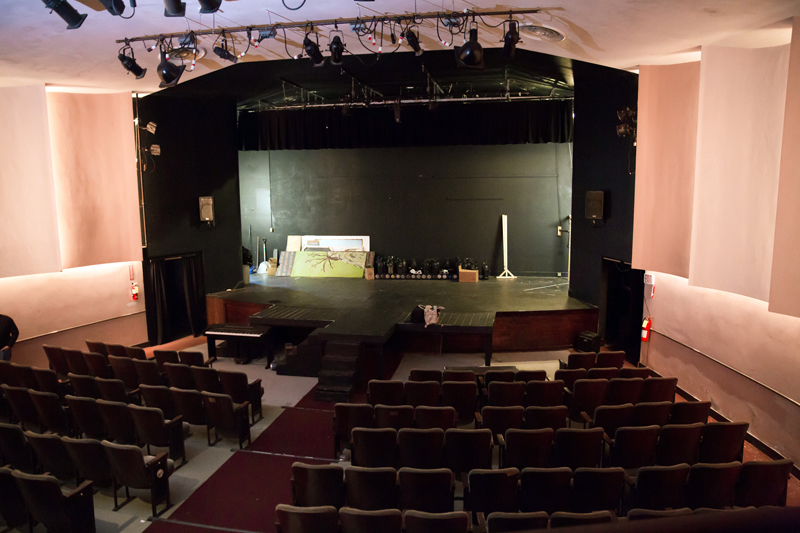 “We’ve done a good job proving it is viable and the next step is proving it is sustainable. We don’t want this to happen again,” Lupien said.

Lupien said a big part of ensuring the theater’s sustainability is coming up with programming and events that educate, entertain, and inform the audience.

“We want to reinvent what it means to be a community theater in a coastal Maine town,” Lupien said.

“We want to do programming here the community wants and would support. We’re open to having a community theater, hosting professional groups, music acts, children’s theater, and after-school programs,” Lupien said.

Lupien said the theater now seats 299, and could host town meetings and other municipal events.

“We are really open to having this serve the community,” Lupien said.

Lupien said the first undertaking of the campaign to get the theater open and thriving again is to replace the roof and complete an energy-efficient building restoration while preserving the historical integrity of the structure.

Lupien estimated the total project cost at $768,000. Phase one, Raise the Roof, will cost $115,000 and cover roof replacement and moisture remediation, in addition to repairs and upgrades to the building’s electrical and plumbing systems. 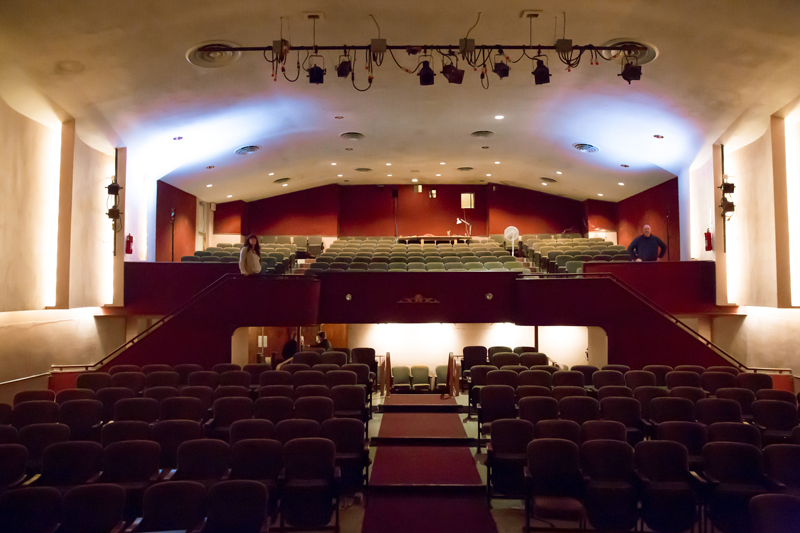 Phase two, restoration, is estimated to cost $354,000 and will focus on the building’s interior.

A part-time coordinator will be hired to expand organizational capacity, build community support, help coordinate the capital campaign, and phase in programming, according to Lupien.

Lupien said the third and final phase of the project is estimated to cost $299,000. The final phase will involve interior and exterior renovations, technology upgrades, and the hiring of a full-time executive director.

Lupien described the upcoming event at Tops’l Farm and efforts to revitalize the Waldo Theatre as signs of a local renaissance in Waldoboro.

“I see Waldoboro as a town on the cusp of a renaissance. You have new local companies like Long Winter Soap Co., Odd Alewives Farm Brewery, and Tops’l Farm. With more involvement from the arts, we could spur economic development in Waldoboro. I’m really excited to be a part of something in this community. It is really invigorating for me,” Lupien said.

Lupien said she contacted Stirratt, a friend of hers, and asked if he was willing to do a benefit show. The idea snowballed from there as she worked with Bennett Collins and Sarah Shea to plan the event.

“We wanted to come up with an event that wasn’t just a fundraiser, but was something that would get people talking about the Waldo,” Lupien said.

Lupien said the board has a self-imposed deadline to complete work on the roof by November 2018, as the theater can’t afford to go through another winter in its current condition.