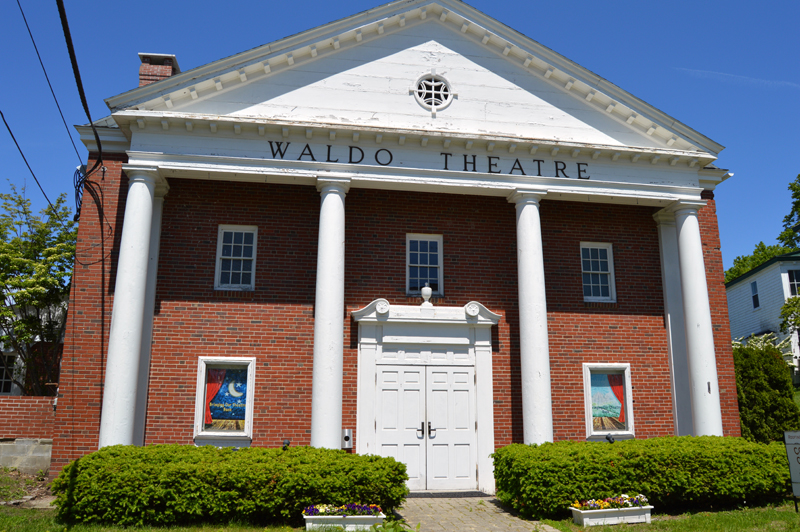 The first phase of a three-phase plan to restore and revitalize the historic Waldo Theatre is nearly complete and volunteers hope to reopen the theater by next fall and see it become a thriving cultural center in the village.

The Waldo Theatre Inc. Board of Directors explains some of its goals for the reopening on the venue’s website. 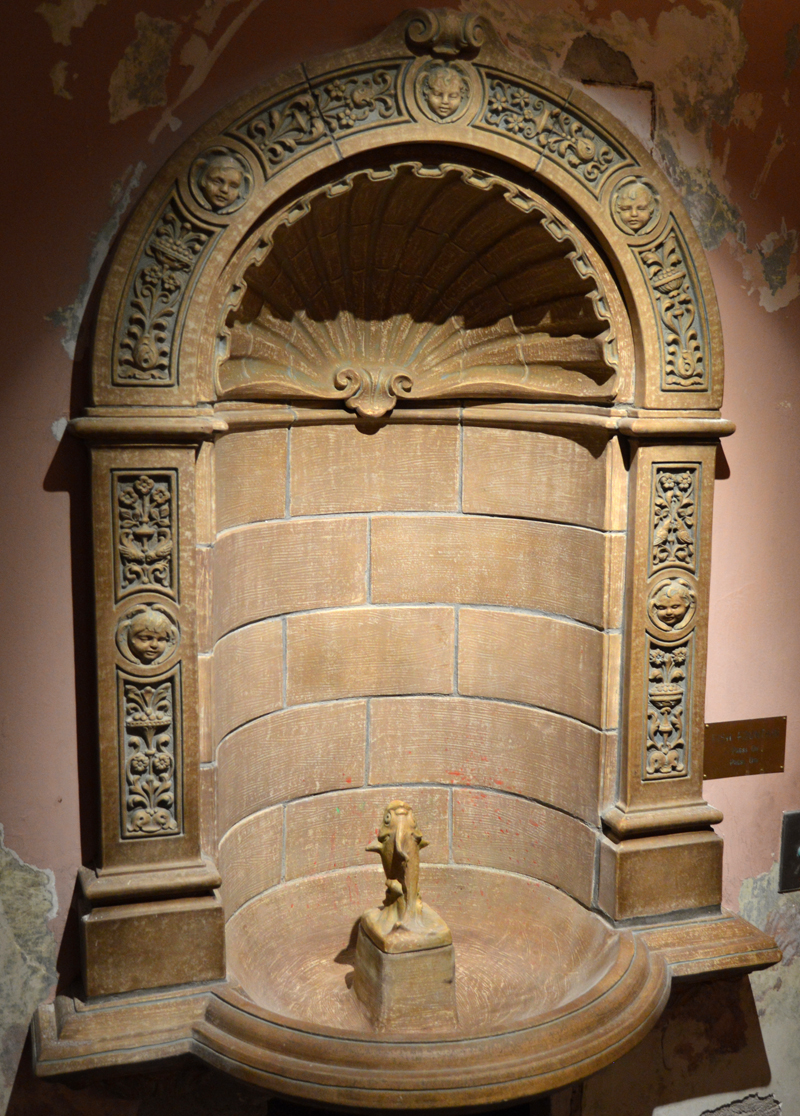 They plan to have the technological capacity to stream live educational and entertainment content, create a signature youth program, and host live performances that will include national as well as state and regional acts.

Board President Janet McMahon said the live entertainment will include a mixture of concerts, film, and theatrical performances.

The theater has a new roof with a 35-year warranty that no longer leaks and much of the building’s interior has been gutted, major components of phase one, called “Raise the Roof!”

The plan is to restore and modernize the building, especially in regard to energy efficiency, while maintaining the classic art deco interior and Greek Revival facade designed by renowned architect Benjamin Schlanger in 1935.

A guided tour of the theater on June 10 with McMahon revealed a building interior that has been stripped bare and is ready for new construction.

“You’re seeing it at pretty much rock-bottom, I’d say. When we started, everything had to come out because it was damaged, but it didn’t look that bad. And then we took it out and it was like ‘Whoa!’” McMahon said, referring to the extensive water damage inside the building.

McMahon said there were no gutters on the building and the roof had been leaking for an unknown length of time.

“(The roof) was our first priority and also just getting a handle on moisture and filtration, because it was a big problem, with leaks in the roof and a few other places too,” McMahon said.

Even before the theater closed year-round in 2014, McMahon suspects no money had been spent on maintenance since 2006, leaving a tall task for the all-volunteer board.

The nonprofit Waldo Theatre Inc. has managed the property since 1991 and was gifted the building in 2006 by Frances “Kitty” Fassett, but “did not have the capacity to maintain a level of funding that would support building upkeep, programming, and staff, and the theatre was once again shuttered in 2014,” the board’s website states.

The current board members took over the nonprofit in late 2016, when area residents came together with the common goal of saving the theater from  ruin.

In 2017, as a result of the building’s disrepair, the nonprofit Maine Preservation placed the theater on its list of the state’s most endangered historic places.

“It’s never really had to stand on its own two feet, so that’s what we’re going to do. The board is really aware that we need to fundraise because no board has really, really done that. And then we just need to keep building every kind of support we can,” McMahon said. 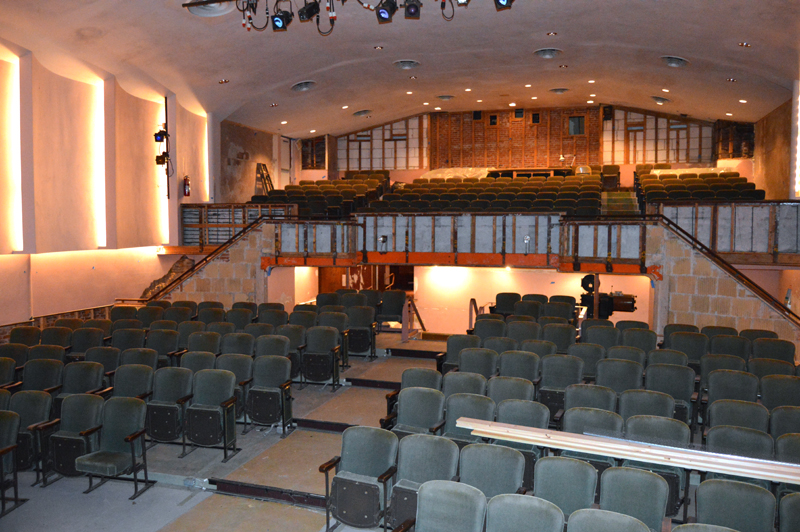 A view from the stage of the historic Waldo Theatre. The theater has a volunteer willing to reupholster the seats. (Evan Houk photo)

McMahon said the board needs to raise $300,000 next year to complete the restoration. The total cost of the project, including the work already done, has been estimated at $768,000.

The board has been working toward this goal through various fundraising efforts, individual and business donations, and grant opportunities.

There have been numerous fundraisers throughout Lincoln County in support of the Waldo Theatre restoration project. The most recent was a Memorial Day benefit concert at the Lincoln Theater in Damariscotta, which raised upward of $10,000 for the cause.

Waldo Theatre Inc. had a table set up at the Memorial Day benefit to raise awareness about the project and sell Waldo Theatre hats and T-shirts.

The board has members of all ages and “so much energy,” McMahon said.

“I’ve been on a few boards, but I’ve never been on one that works as hard as this one,” she said.

She said the nonprofit currently has enough funds to operate through the end of the year. She said no major fundraising events are planned for the rest of the year and that the board will now focus mostly on soliciting donations and support from individual donors.

“It took awhile for the community’s trust to rebuild. They were quite frustrated, because you drive by and ‘What’s going on with the Waldo?’ Now I feel like we’ve regained that trust and everyone wants it back,” McMahon said.

After receiving a grant from the Maine Community Foundation, the board came up with the three-phase plan of attack, described on its website as: “Raise the Roof!” (2018), “Restoration” (2019), and “Prepare for a Sustainable Future” (2020). 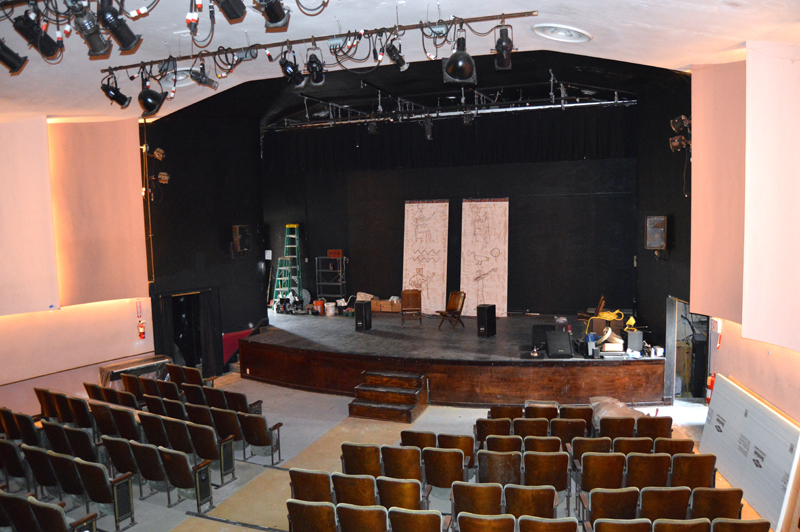 A view from the balcony of the historic Waldo Theatre. (Evan Houk photo)

By all appearances, the building looks to be near the end of phase one. The roof is 100% complete, the decaying interior has been mostly gutted, but work continues on an exterior drainage system to stop the collection of water in the basement.

The next step will be to refurbish the interior. This will involve projects such as replacing carpets, installing new safety rigging for the overhead stage lights, and painting.

McMahon said the theater has a number of volunteers willing to pitch in any way they can. She said Sawyer, a board member who works for Lyman Morse Boatbuilding in Camden as a sailmaker, has agreed to reupholster the seats.

Another volunteer, Bill Evans, will do all the woodworking and refinishing of wood in the building.

“People are coming out of the woodwork and offering us things that are amazing, so it’s really exciting,” McMahon said.

During the tour, there were a few men working on the exterior of the building. One was painting rotting window sills and one was working on replacing an oil tank. 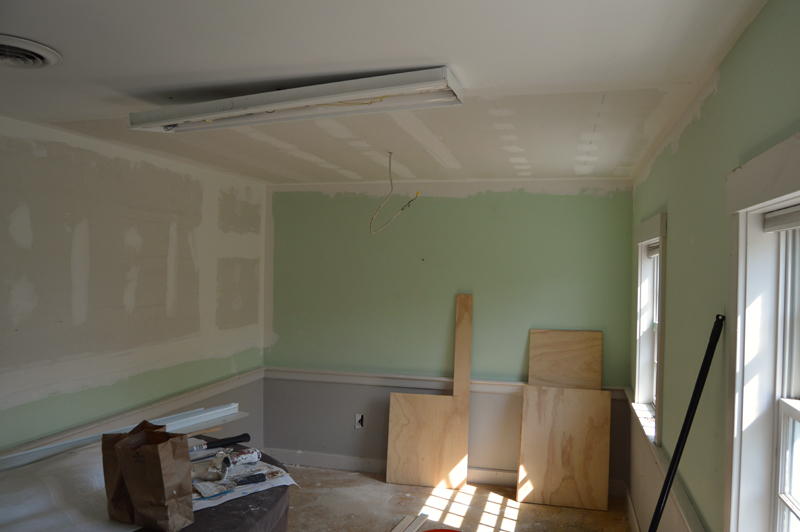 Work is underway in the green room, a 1980s addition to the Waldo Theatre. (Evan Houk photo)

To date, the board has hosted three community work days where volunteers contribute their time and effort in any way they can. The most recent workday involved the dirty work of gutting most of the interior, tearing out acoustical insulation and plaster wall coverings.

The board’s next step is to hire an executive director to help facilitate and oversee all of the construction and fundraising efforts. The board has been interviewing candidates and expects to make a decision Thursday, June 20.

“We want someone who is really visionary from an artistic point of view but also who can run an operation. And hopefully we can find that in one person,” McMahon said.

The Waldo Theatre has a somewhat checkered history. It originally opened in December 1936 and was the region’s leading movie theater for the next 20 years.

After the rise of television, the theater declined in popularity and was sold by the original owners, the Cooney family, in 1957. After over 20 years of periodic use as a Masonic hall, the building was purchased by Dr. Edward Kitfield and his wife, Lydia, in 1981. 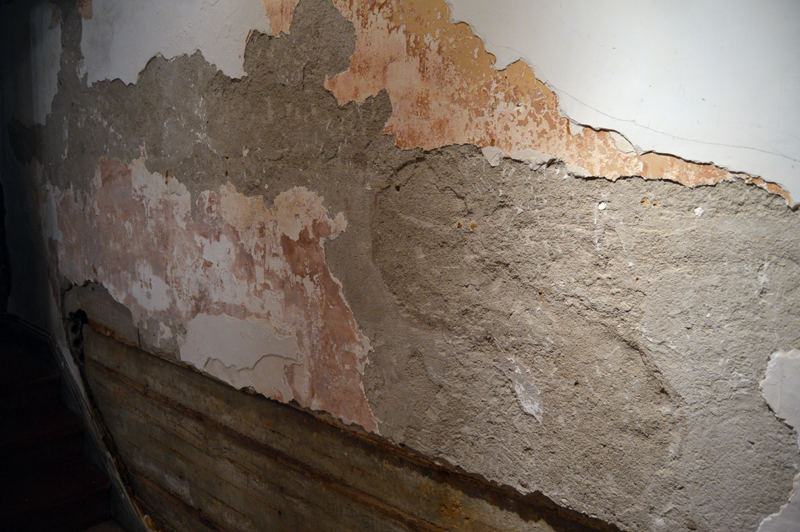 An example of the extensive water damage to the interior of the Waldo Theatre, mostly due to a leaky roof and lack of gutters. (Evan Houk photo)

The theater was listed on the National Register of Historic Places in 1986 and was then purchased by pianist, record producer, and philanthropist Fassett, who established the nonprofit organization.

Fassett created the position of executive director and added on a new green room, office space, kitchen, and dressing rooms.

The theater reopened in 1991 under the stewardship of the newly formed nonprofit and thrived once again as a community theater with live stage plays, films, and concerts, up until its closure in 2014.

The new board took over operations in late 2016 and has been working to renovate and restore the Theatre ever since.

Tours of the Waldo Theatre are offered during ArtWalk Waldoboro, held on the second Saturday of each month from 4-7 p.m., June to October.

For more information, go to waldotheatre.org.