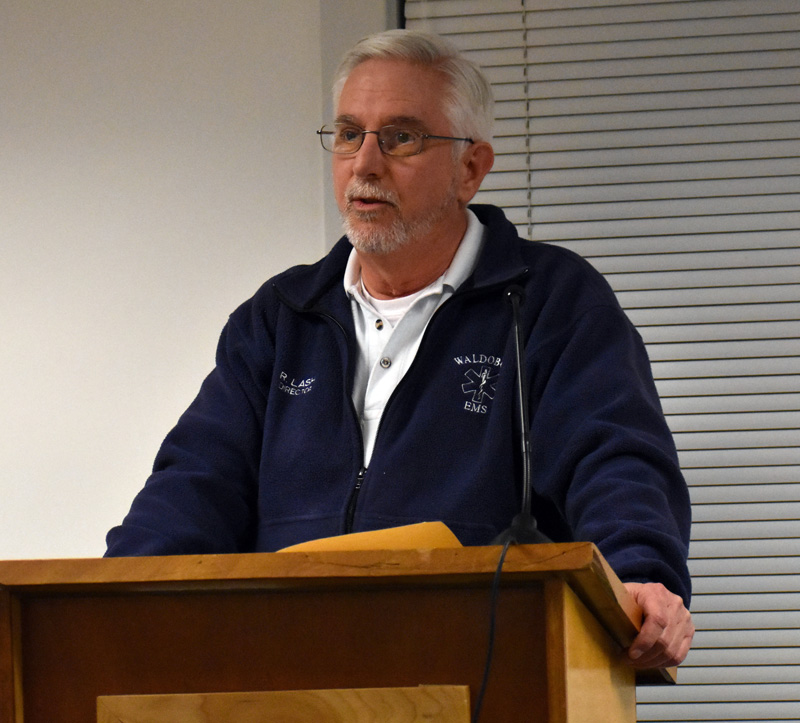 Lash, who has served as director for more than a decade, offered his retirement letter last week.

“Our silver fox will be living a life of leisure after June 5,” Keizer said. “We look forward to lots of fish. That’s what he says he looks forward to doing.”

Lash has worked with Waldoboro EMS since 2002 and has served as a supervisor since 2006, according to Lincoln County News archives. He served on the Friendship Ambulance Service from 1996 to 2004 and was the service’s assistant director from 2001 to 2004. He also served as RSU 40 business manager for several years.

In November 2011, Waldoboro selectmen voted to confirm Lash as the EMS director after he received the unanimous recommendation of the interview committee.

Under Lash’s leadership, Waldoboro EMS was presented the EMS Service of the Year award in 2014 for Lincoln, Knox, and Waldo counties.

Waldoboro has begun its search for the new director with a change in title to chief of EMS, Keizer said. The search includes postings with Maine Municipal Association, Indeed, LinkedIn, among other outlets.

More information can be found on the town of Waldoboro’s Facebook page.