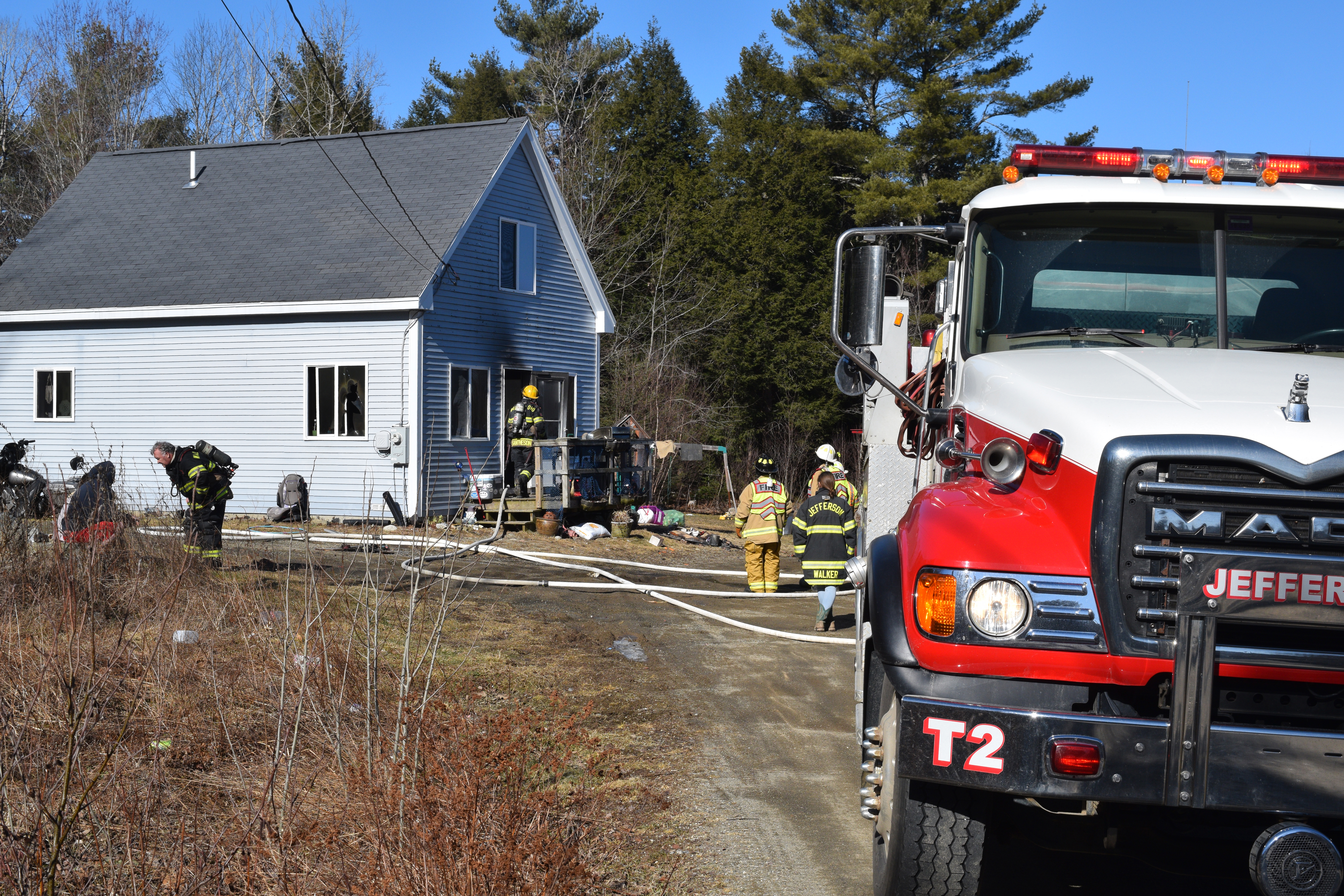 Firefighters work on the scene of a structure fire at 422 Reef Road in Waldoboro the morning of March 23. (Nate Poole photo)

A Waldoboro family lost two pets and most of their belongings in a structure fire at 422 Reef Road the morning of March 23.

Homeowners Buddy Burns and Chrissy Kaboskie and their two daughters were not home when the fire started. They discovered the fire and called it in around 9:02 a.m., according to Waldoboro Fire Department Deputy Chief Dale Smith.

Most of the family’s belongings were lost in the fire, including clothing, shoes, electronics, and appliances, mostly due to heavy smoke in the building. Smith said that the home is still structurally sound.

The family also lost a cat and dog in the fire, Smith said. One of their cats survived.

Smith said that Waldoboro police officers were the first on the scene and that one of their first actions was to cut the gas supply to the house, preventing the involvement from potentially spreading more quickly.

When firefighters arrived, the flames had spread to the cabinets and floor near the stove, Smith said. Firefighters entered the building, controlled the flames, and broke the building’s windows to vent the heavy smoke that had accumulated.

Smith said that while only two Waldoboro firefighters arrived with the first engine, they dealt with the fire quickly and effectively.

“The guys did an awesome job for the minimal manpower we had,” Smith said.

Smith said that the fire was ignited by a stove, but that it was unclear how the stove was turned on.

The scene was cleared around 1 p.m. Smith said that the fire is not under investigation.