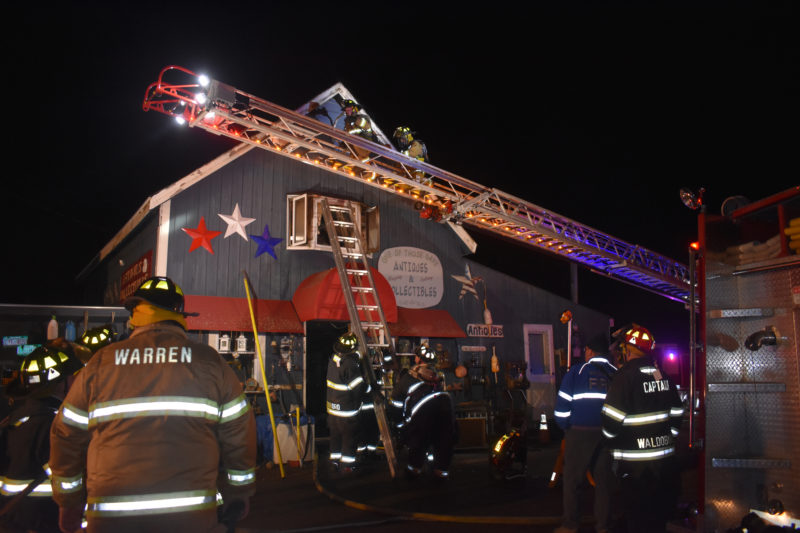 Firefighters work to ventilate One of Those Days Antiques and Collectibles after extinguishing a fire at the Waldoboro business Wednesday, Feb. 26. (Alexander Violo photo)

Firefighters contained a fire to the second floor of an antique shop on Route 1 in Waldoboro, near the Warren line, the night of Wednesday, Feb. 26.

There were no injuries in the fire at One of Those Days Antiques and Collectibles, next to Townline Video Plus, according to Waldoboro Fire Chief Paul Smeltzer.

Smeltzer said that when he arrived, he could see smoke rising from the building’s eaves, but no flames were visible from outside.

“We put the ladder truck in position to assist. Firefighters entered the first floor and went upstairs to knock the fire down,” Smeltzer said.

The cause of the fire is not yet known, according to Smeltzer. He was going to contact the Maine State Fire Marshal’s Office on Thursday morning, but was not sure if the agency would respond.

Smeltzer said crews were using fans to ventilate the building.

Kimberly Day owns the business. Day declined to comment until more information from the investigation into the fire is available.

Betsy Piper owns the building, according to town tax records. 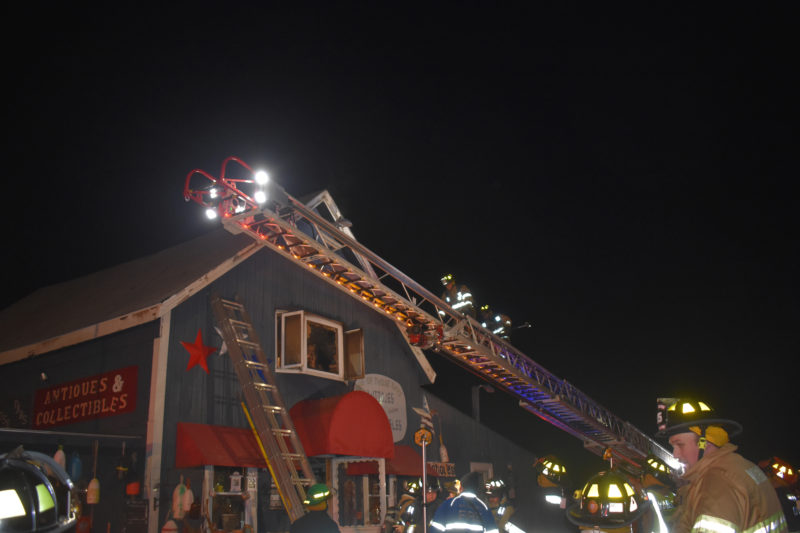 Firefighters use Waldoboro’s ladder truck in the aftermath of a fire at an antique store on Route 1 in Waldoboro, Wednesday, Feb. 26. (Alexander Violo photo)