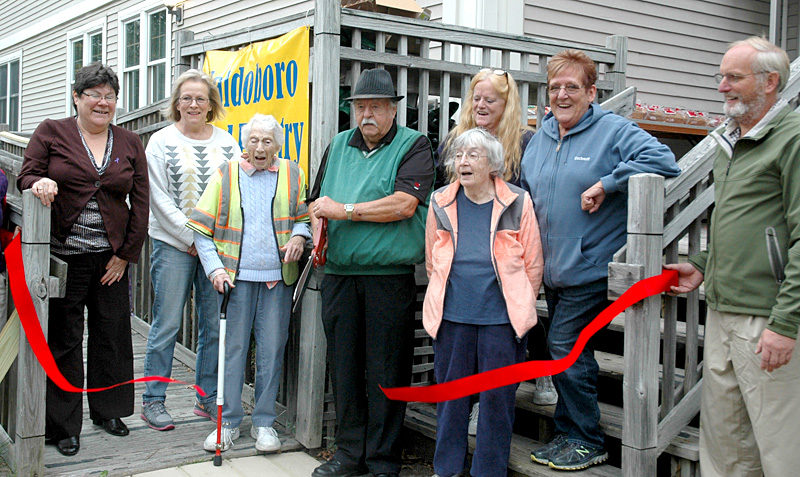 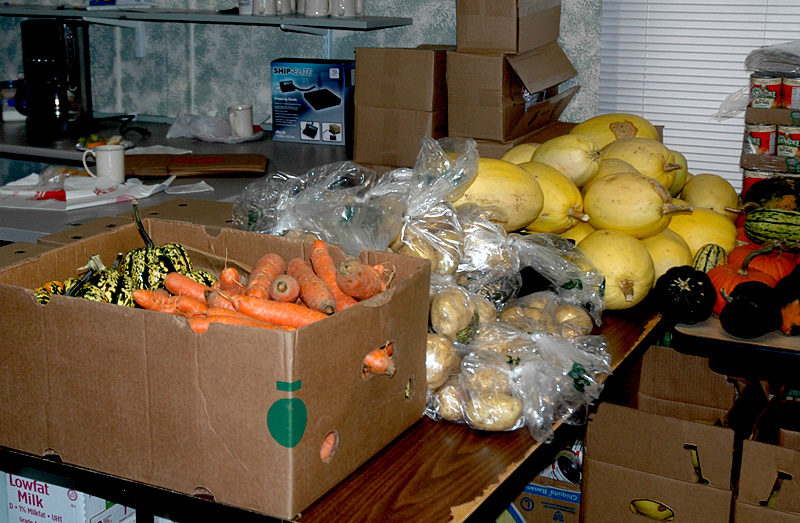 Some of the fresh produce available at the Waldoboro Food Pantry. (Alexander Violo photo)

The Waldoboro Food Pantry hosted a ribbon-cutting ceremony at its new location on the lower level of the former Taction building at 251 Jefferson St. on Tuesday, Oct. 18.

A number of volunteers and community members were in attendance at the ceremony, which officially opened the location to the public.

The food pantry was previously located at the United Methodist Church on Friendship Street.

Co-director Lou Cook said the food pantry had been at the church for the last 15 years.

The pantry is open from 1-6 p.m. on the first and third Tuesdays of each month.

Parking for the Waldoboro Food Pantry is located behind the building, next to the Grange hall.

The new location of the pantry is the lower level of a Waldoboro office building that was formerly the location of Taction and New England 800 Co.

The building was purchased by Five Nickel LLC in October 2015 and is also the location of Studio 3: Wicked Fitness and Condition Orange Defense Academy.