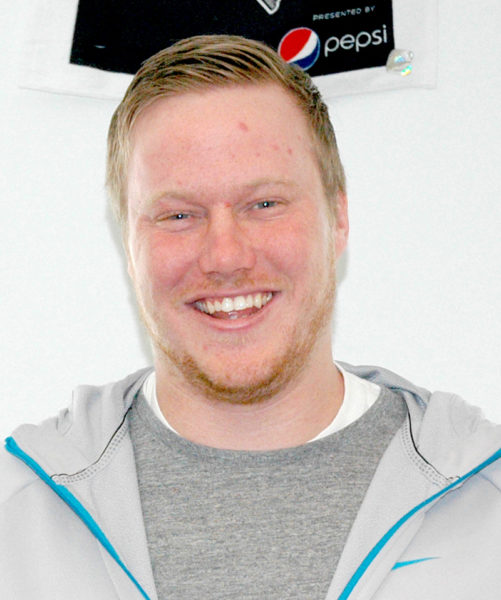 With a few weeks under his belt, Waldoboro’s new recreation director is getting into the swing of things.

Marcus Benner, a member of the Medomak Valley High School Class of 2008, began his role as recreation director in Waldoboro in January.

Benner said the first few weeks have gone smoothly. He was excited to help the K-2 basketball league start its season Saturday, Feb. 4.

Benner studied health and physical education in college with hopes of becoming an athletic director, a job he sees as similar to his new post in Waldoboro.

“I wanted to be an athletic director and that’s kind of what this job is. I’m dealing with scheduling and field maintenance,” Benner said.

The town’s recreational space includes the Waldoboro Sports Complex, near Miller School; and Philbrook Field, near the A.D. Gray building.

After college, Benner worked part-time as a health and physical education teacher in RSU 40, at Medomak Middle School in Waldoboro, Prescott Memorial School in Washington, and Union Elementary School.

Benner said that after his wife had a baby, the part-time teaching job was no longer feasible. He was lobstering full-time when the job at the town office opened up.

“I had just got all my traps up for the year. It was kind of perfect timing,” Benner said.

Benner takes over from Kyle Santheson, who announced his resignation from the post during a December meeting of the Waldoboro Board of Selectmen.

Santheson has stayed on with the town as emergency management director and as an emergency medical technician and firefighter.

Benner said his plans are to keep up existing programs, with the potential to add more down the line.

“I’m going to keep running the same programs Kyle (Santheson) did. As I become more comfortable, I hope to add some of my own,” he said.

In addition to youth programs, the town’s recreation department offers programming and events for residents of all ages, including a coed softball league that starts play around September. Benner plays in the league.

For more information about the recreation department, contact Benner at 832-5369 or rec@waldoboromaine.org or find the Waldoboro Recreation Department on Facebook.