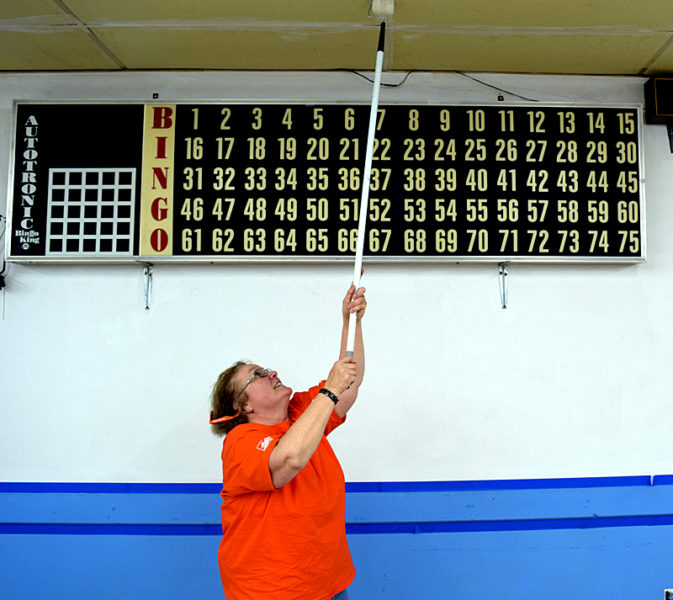 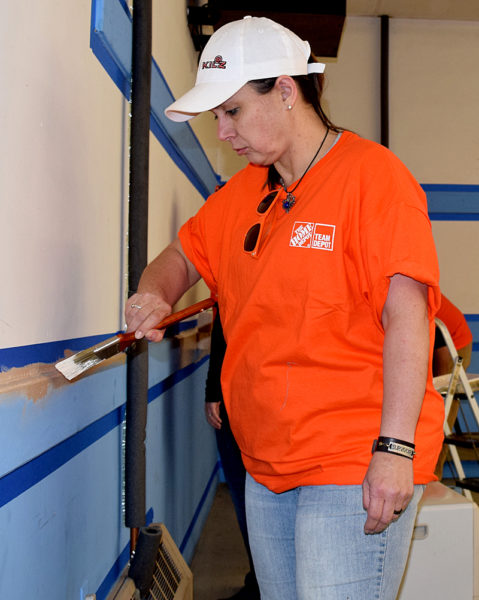 Team Depot member Tina Campbell paints at the American Legion in Waldoboro. Campbell works at The Home Depot’s Waterville store and asked for the day off to join other volunteers at the Legion post. (J.W. Oliver photo)

The American Legion building in Waldoboro received some major upgrades the week of Veterans Day thanks to a $12,000 grant from The Home Depot Foundation and about 25 volunteers from Home Depot stores in Maine.

Built in 1951, the post was formerly the Waldoboro fire station and town office, according to the post’s finance officer, Dawn Wright. When workers removed the old carpet upstairs, they found stripes on the floor to mark parking spots for the fire trucks.

The Legion bought the building in the 1960s and refurbished it, but “there hasn’t been a lot done since,” Wright said.

The old doors were rusty. Post members were using bungee cords to hold one door shut and Bondo to patch another. “Everything’s just tired,” Wright said. 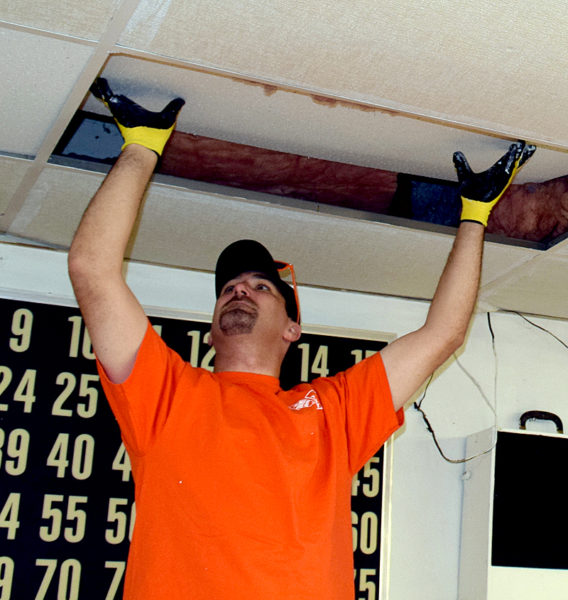 She started looking into the grant after finding The Home Depot Foundation online.

“The Home Depot Foundation and Team Depot, our 300,000-strong army of associate volunteers, works to improve the homes and lives of U.S. military veterans and their families,” according to the store’s website.

From Sept. 1 to Veterans Day, Team Depot “will work with local and national nonprofits to complete projects for aging, combat-wounded, and homeless veterans” as part of its Celebration of Service, according to the site.

On Wednesday and Thursday, Nov. 9 and 10, Team Depot volunteers descended on Waldoboro to complete their latest project.

Some of the volunteers drove two hours to participate, according to Gerry Worster, who manages the Rockland store.

Fourteen of the Rockland store’s 85 employees are veterans, according to Worster. They want to help veterans because they are veterans, he said. Others join in out of a sense of service. “It feels good to volunteer,” Worster said.

Team Depot Captain Sharon Stone, of West Rockport, also works at the Rockland store. She is a veteran, having spent two years of active duty in the U.S. Army as a supply clerk during the 1970s and nine years with the Maine Army National Guard.

Stone enjoys her work as a volunteer leader on the Celebration of Service projects.

“It’s a really great sense when the day comes and you can see what happens and what it means to the veterans organizations,” Stone said.

Wright said she is “ecstatic” about the post’s new look and hopes a more attractive building will help the Legion bring in new members, as well as people who want to rent the building for events.