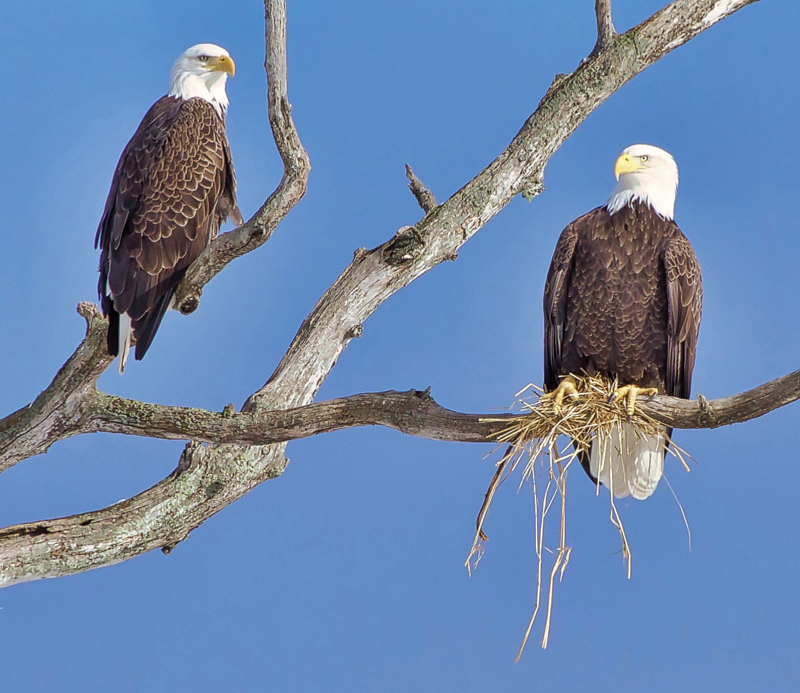 Kenny Ames, of Waldoboro, received the most votes with his photo of a pair of bald eagles to become the second monthly winner of the 2019 #LCNme365 photo contest. Ames will receive a $50 gift certificate to Rising Tide Co-op, of Damariscotta, the sponsor of the February contest.

A Waldoboro man’s photo of a pair of bald eagles sitting on a tree overwhelmingly won the February #LCNme365 photo contest.

Kenny Ames snapped the photo near the intersection of Route 32 and North Nobleboro Road in Waldoboro earlier in February.

“I was traveling from my son’s house and I just saw the two eagles out there on the dead tree,” Ames said. “I carry my camera with me everywhere so I was able to get out and grab a photo.”

“I needed a hobby to keep me motivated, so last year I bought a camera,” Ames said. “Then this year I bought a zoom lens because I didn’t have enough reach and I kept missing wildlife shots. 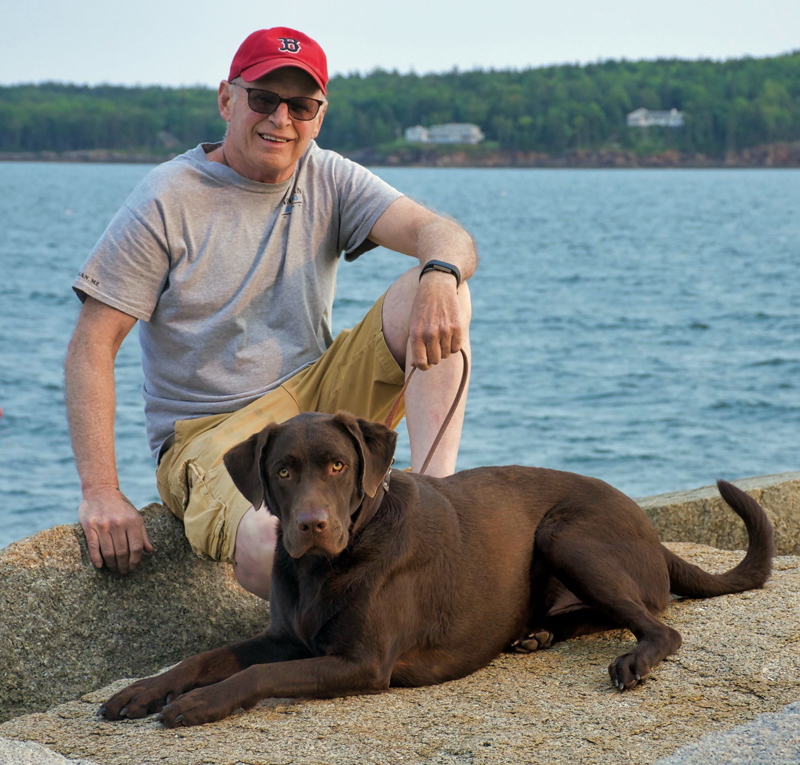 “Now I have my chocolate Lab, my truck, and my camera and we all go out and look for things to photograph.”

In addition to having his photo featured on the front page of The Lincoln County News, Ames will receive a $50 gift certificate to Rising Tide Co-op, of Damariscotta, the sponsor of the February contest.

As the second monthly winner, Ames cannot win another weekly or monthly contest in 2019, but he can still submit photos for inclusion in the weekly slideshow of entries at lcnme.com.

Ames’ photo will compete against the other 11 monthly winners at the end of the year as voters select the winner for 2019.

Submissions are now being accepted for the March #LCNme365 contest. The winner will receive a $50 gift certificate to a local business from the monthly sponsor, Maine Septic Solution. For full rules and means of entry, go to lcnme.com/photo-contest.