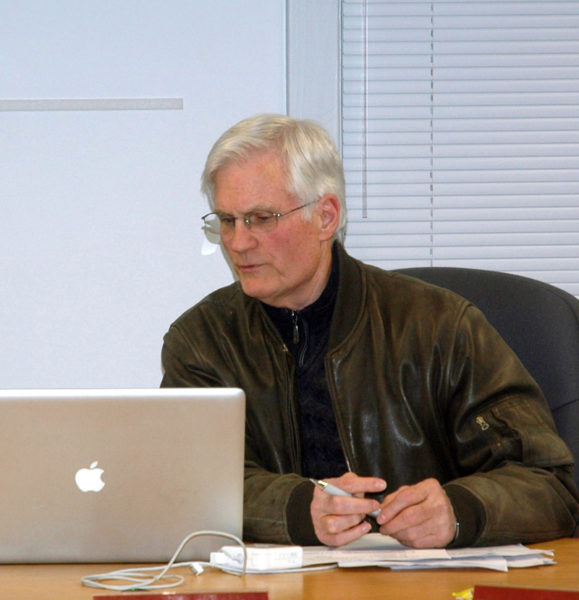 The Waldoboro Board of Selectman appointed a task force to monitor and gather information about the Sylvania property on Friendship Road during a meeting the evening of Tuesday, Feb. 14.

The property on Friendship Road has received renewed attention since a selectmen’s meeting Jan. 10, when the board discussed a letter from Waldoboro resident Michael Laing about the potential sale of the former Sylvania property from Ledvance, a subsidiary of the German lighting company Osram, to a Chinese corporation, MLS Co. Inc.

Selectman Robert Butler said the task force would consist of four residents, a selectman, and an alternate.

The members will serve two-year terms. The task force’s work does not have a set end date.

Butler expressed the urgent nature of the group’s work and recommended that it meet as soon as possible with the interim town manager to discuss the property.

Butler said the timeliness of the matter has been heightened by the sale of the company currently listed as the owner of the property in Waldoboro.

“The task force needs to meet with the board chair and interim manager in light of recent approvals of the sale of Ledvance to a Chinese company, and report back to the select board,” Butler said.

The selectman said the task force should touch base with the planning board as it works to gather information on the site.

“I think it’s critical the planning board is formally involved as this may require ordinance changes,” Hall said.

The location is a brownfield site. According to the U.S. Environmental Protection Agency, brownfields are properties that may have hazardous substances, pollutants, or contaminants present.

Laing’s letter expressed concern about the site’s impact on the environmental and commercial value of the Medomak River, which is near the site. The letter was also sent to Osram’s CEO, in addition to elected and administrative officials in Germany, the U.S., and Maine.

The Sylvania plant closed its doors at the end of September 2005. When the closure was announced in November 2004, 134 people were employed at the Waldoboro facility.

Sylvania opened the Waldoboro site in the early 1950s. Osram bought the site in 1993.

According to records of property transfers in August 2016, Osram Sylvania Inc., the North American operation of German lighting manufacturer Osram, transferred the Waldoboro property to Ledvance LLC, a subsidiary of Osram headquartered in Garching, Germany, that produces lamps and smart-home products for lighting technologies developed by its parent company in Munich.