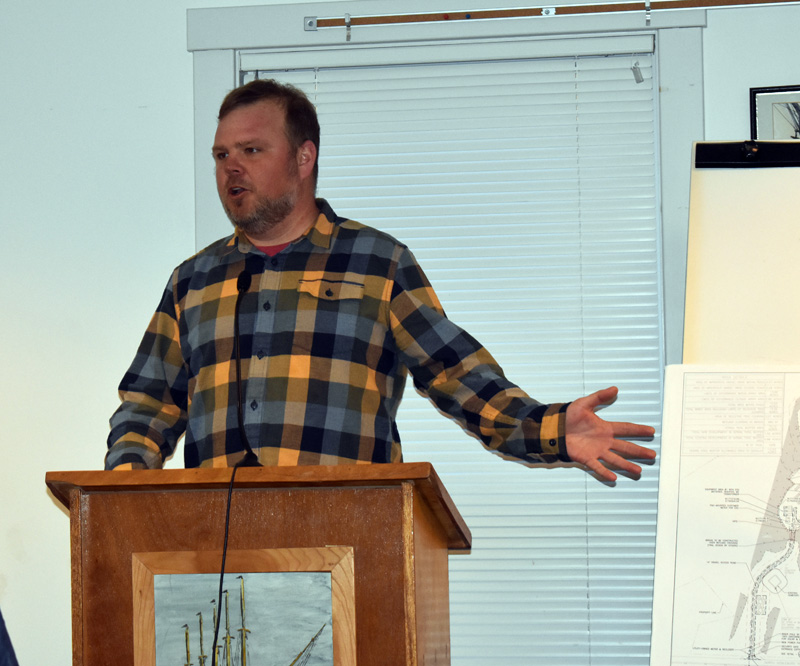 The Waldoboro Planning Board granted conditional approval to a 3-megawatt, 10-acre solar farm, likely the largest in Lincoln County, in a 4-0 vote Wednesday, March 11.

The conditions include the following: the developer must obtain a decommissioning bond in case the solar farm needs to be removed from the property, amend the site plan to include a parking area off North Nobleboro Road and screening northeast of a cemetery near the property, and the developer must receive approval from the town’s code enforcement officer for selective cutting in the town’s resource protection district.

Present at the site plan review were Brooke Barnes, principal of environmental services with the engineering firm Stantec; and Joe Harrison, director of project development with the developer, SunRaise Investments, a solar company based in Portsmouth, N.H.

Stantec is working with SunRaise on the project.

According to Harrison, SunRaise develops community solar farms in the 10- to 20-acre range.

Harrison said the solar farm’s inverters would convert the power the farm generates for use in the consumer power grid. A buyer for the power will be lined up as the project progresses.

“In terms of the energy, we enter into contracts to sell the energy credits with local off-takers,” Harrison said. “They have to be within CMP territory.

“We don’t know who will purchase the power yet. We have to get through the permitting phase and then we will pair off our credits with off-takers,” he said.

Harrison said the Waldoboro location is ideal due to its proximity to three-phase power.

Harrison said that while SunRaise will benefit economically from the development of the project, it will also provide a boost to local companies and individuals.

“What we are really capturing in this whole value chain is the development of the project, the engineering and all of the jobs at Stantec and all the people locally who will be employed to build this project, local labor, electricians, and civil contractors,” Harrison said.

The project will include 8,460 panels in a 10.7-acre fenced-in area, according to the site plan. 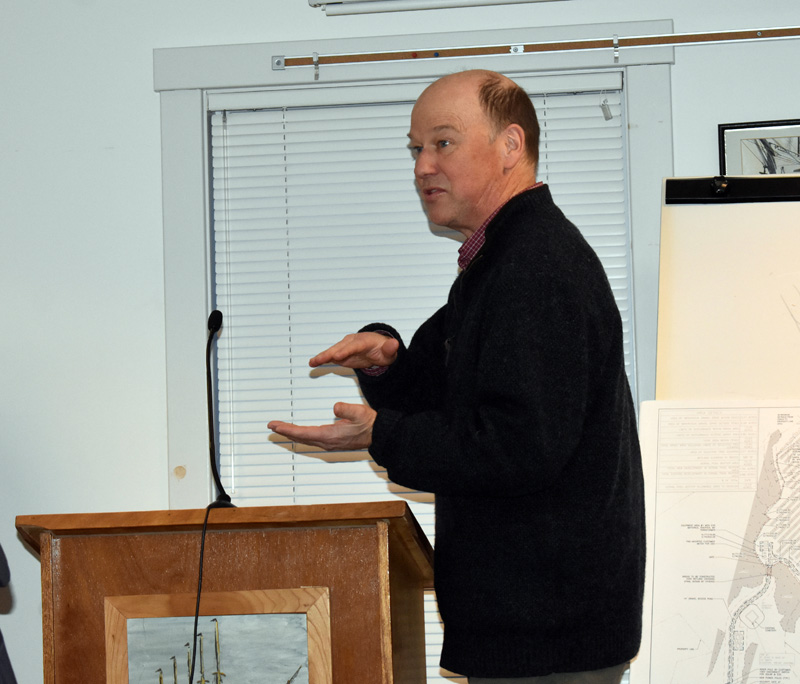 Brooke Barnes, principal of environmental services at Stantec, fields questions on a proposal for a 3-megawatt solar farm before the Waldoboro Planning Board on Wednesday, March 11. (Alexander Violo photo)

The site overlaps two properties. Travis Reed owns both. The project would take up less than 40% of the site, according to Max Johnstone, a planning consultant to the town.

The site will be leased from Reed, according to Harrison.

The solar farm would dwarf the 110-kilowatt municipal solar array at the nearby Waldoboro Transfer Station and would generate far more energy.

SunRaise intends to have the project up and running for at least 20 years and potentially as long as 30 or 35 years, according to Harrison.

The solar farm is near the Waldoboro Transfer Station and Coastal Christian School.

John Kosnow, a member of the planning board, asked about the possibility of using panels made in America.

“We don’t have the panels selected yet, but the majority of them are produced in Asia,” Harrison said.

“The investors that own the project will make the decision on what panel is selected. Even if they wanted a U.S. panel, I am not sure there is one available that is in the top tier,” Harrison said.

“There are different tiers of solar panels related to their quality. The investors require a panel that has a warranty they believe in,” Harrison said.

Responding to questions from Kosnow about the solar farm’s carbon footprint, Harrison said solar and other forms of renewable energy have environmental benefits.

“The moment this starts producing power, it is good for the environment. The payback is immediate,” Harrison said.

Board member Barbara Boardman asked when the solar farm might be in operation.

Harrison said the developer wants to start construction by the end of the year and, if it stays on schedule, the farm could be operational about a year from now.

Regarding tax implications for the town, Harrison said personal property taxes assessed on the solar farm would benefit the municipality.

The project first came before the planning board for a pre-application meeting Feb. 12.

In a past interview, Johnstone said he believes the solar farm would be the largest in Lincoln County. He said a 15-acre solar project is currently in front of the Rockport Planning Board.