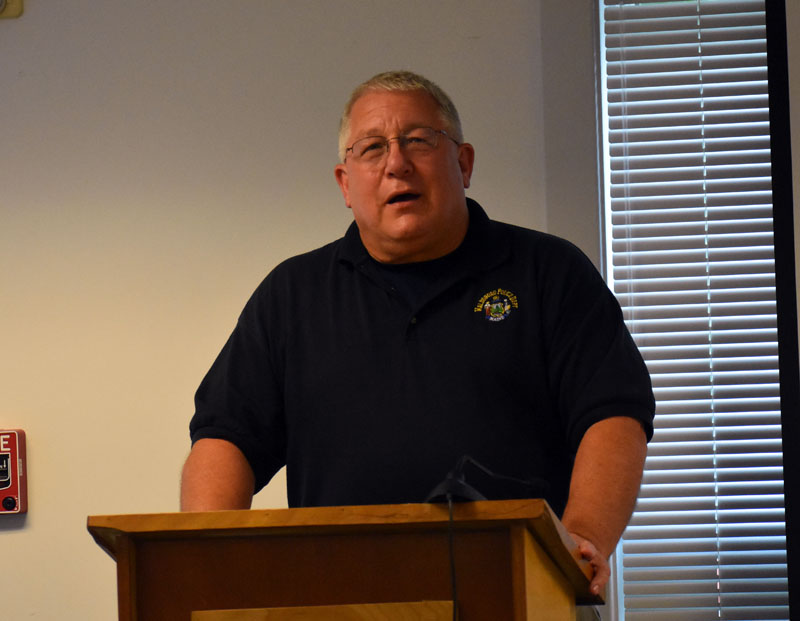 Waldoboro Police Chief William Labombarde will step down as chief effective Aug. 31 and transition into a new role as the department’s school resource officer.

Labombarde will remain interim chief until the town hires his replacement. He announced the news at a Waldoboro Board of Selectmen’s meeting Tuesday, Aug. 14.

As school resource officer, Labombarde will replace Chris Spear, who took a job with the Rockland Police Department in July.

In addition to his new role as school resource officer, Labombarde will continue his work on addiction recovery with the Lincoln County Outreach program.

Labombarde said the vacancy at the school was a factor in his decision to step down as chief. He said if the department still had a school resource officer, he likely would have remained chief for another year.

“I want to thank everyone for the support I have gotten over the last 10-11 years,” Labombarde said. “I didn’t come by this decision haphazardly, but you know when it is time.”

“It has been an experience. I really, truly have enjoyed working for the citizens and selectmen of this town.”

Board Chair Robert Butler thanked Labombarde for his service to the town and said the selectmen and police department have enjoyed a positive relationship.

Town Manager Julie Keizer said the police chief’s passion for the addiction program and working with area children is apparent, and he has a knack for making people laugh.

“That’s what you do. You make people smile, and that is a rare thing when you can say your police chief makes people smile,” Keizer said.

Labombarde reiterated his thanks before stepping away from the lectern.

“I’m not going to say you all made it easy, because we have had some times, but I wouldn’t have had it any other way,” Labombarde said before stepping away from the lectern. “I want to thank everybody. Sometimes it is just time to step down and that is where I’m at.”

At the conclusion of the selectmen’s meeting, the board agreed to establish a police chief search committee. 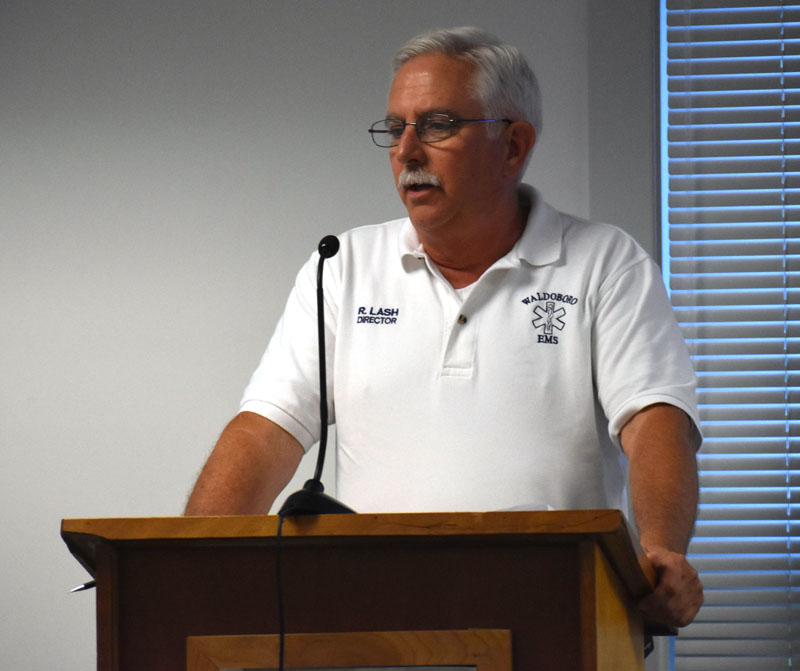 The board agreed to have Keizer speak with residents interested in the other seats.

Waldoboro Emergency Medical Services Director Richard Lash was in attendance to discuss the sale of an old ambulance and the purchase of a new one.

Asian-Auto Services, of Plaistow, N.H., submitted the bid, the highest of five received.

The board approved the purchase of a 2018 Demers ambulance and the trade-in of a 2012 Sprinter ambulance.

Lash said the town received three bids, all at about the same price.

“The ambulances we get have no bells and whistles. We try to be really prudent when we buy a truck,” Lash said.

Lash said Demers ambulances are made in Quebec. He said Waldoboro EMS has ample funds in capital accounts to cover the acquisition.

Lash said he was in favor of the Demers model due to its diesel engine and four-wheel-drive capabilities.

“A four-wheel drive will be our first one we have had and it’s overdue. We have chains for the others, but it’s not the same as four-wheel drive. During snowstorms in the winter, it is always a concern if we can get there,” Lash said.