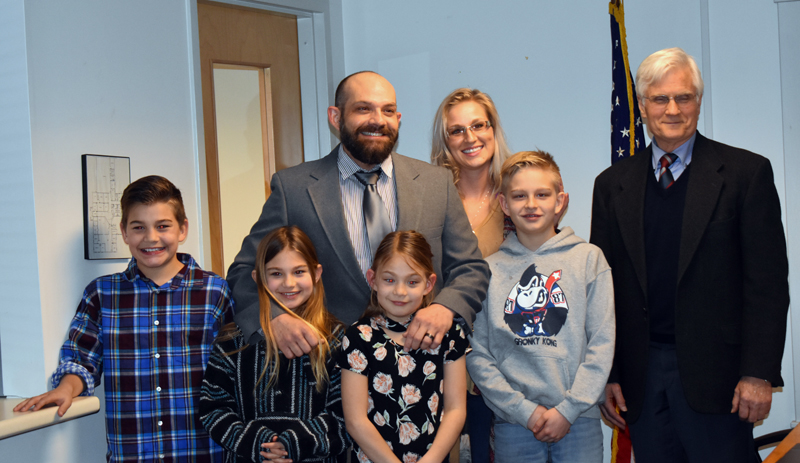 Waldoboro Police Officer Dwight “D.J.” Jones stands with his family and Waldoboro Board of Selectmen Chair Robert Butler after taking his oath of office during a selectmen’s meeting Tuesday, Feb. 26. (Alexander Violo photo)

The Waldoboro Police Department welcomed its newest officer when  Dwight “D.J.” Jones took the oath of office during a selectmen’s meeting Tuesday, Feb. 26. 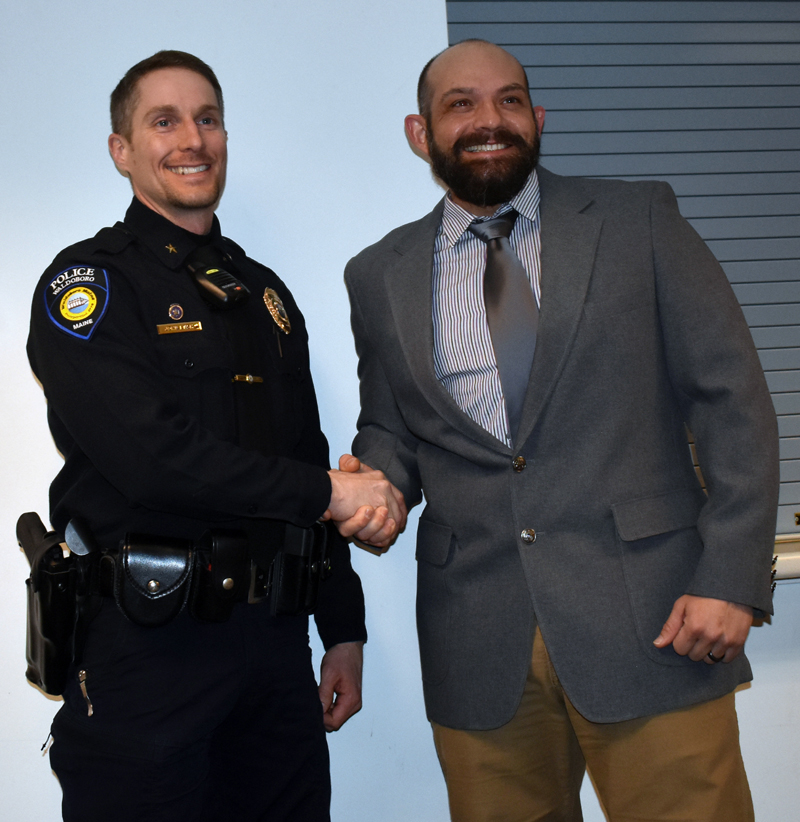 A veteran of the U.S. Army and U.S. Coast Guard, Jones has worked as a patrol officer with the Damariscotta Police Department since last summer.

Town Manager Julie Keizer introduced Jones and welcomed him to the department.

“I give all the credit in the world to Chief Lash. Both of his hires are veterans who served our country with great pride and there is a lot to be said about that,” Keizer said.

Lash then welcomed Jones to the force.

“I would like to welcome D.J. We are putting together an awesome team and he is really hardworking and the right person,” Lash said.

Jones, originally from Arkansas, moved to Waldoboro in 2014, where he lives with his wife, Amber, and their four children.

Jones worked as a police officer for three years in Arkansas and served in the Coast Guard for four years and the Army for six.