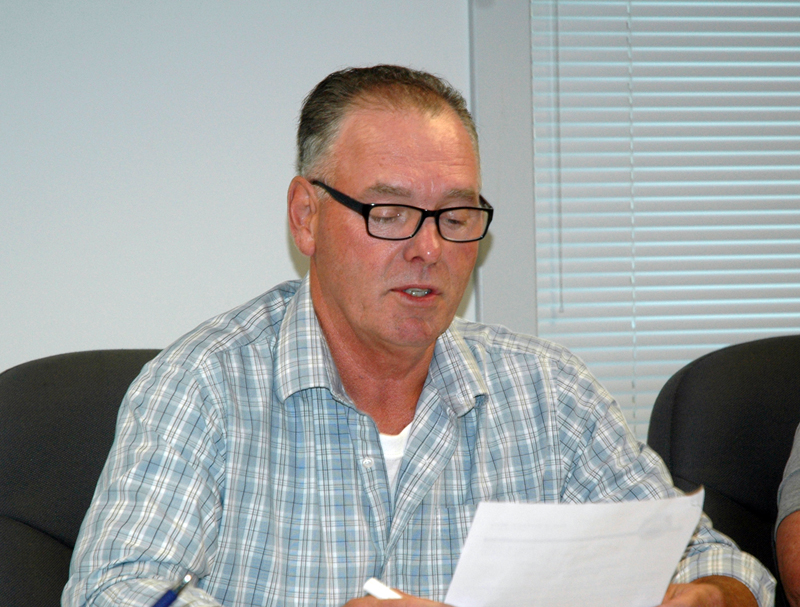 With a 4-0 vote, the Waldoboro Board of Selectmen directed Town Manager Julie Keizer to negotiate with Sundog Solar regarding the installation of a solar array at the old town landfill.

Two solar businesses visited the landfill on Thursday, July 27, after the town sent out a request for proposals to build a solar array.

Waldoboro Economic Development Committee Chair Jan Visser and Seth Hall, who chairs the committee’s renewable energy subcommittee, were in attendance to discuss the project with the selectmen, after meeting with the board to provide a general update on the committee’s work.

Town Manager Julie Keizer said the selectmen are going to meet with all of the town’s committees to see what projects they are working on.

“We’d like your support in moving forward, and after negotiating with Sundog, we hope to get a better price and a better rate,” Visser said.

Visser said the town received three bids for the project, from The Power Co., of Washington, ReVision Energy, of Liberty, and Sundog Solar, of Searsport.

Visser said that after reviewing and analyzing the proposals, the committee was recommending Sundog Solar.

Hall said the project would consist of the installation of a 110-kilowatt solar array and would be accomplished through a power purchase agreement between Sundog and the town. Sundog will own the solar array and the town will purchase the electricity at a reduced rate.

Hall said the systems have a 30-year lifespan and the agreement is for 20 years.

Hall said he thinks the project will be a huge step for Waldoboro.

“I believe this is the large single initiative this town has ever taken to save budgetary funds,” Hall said. 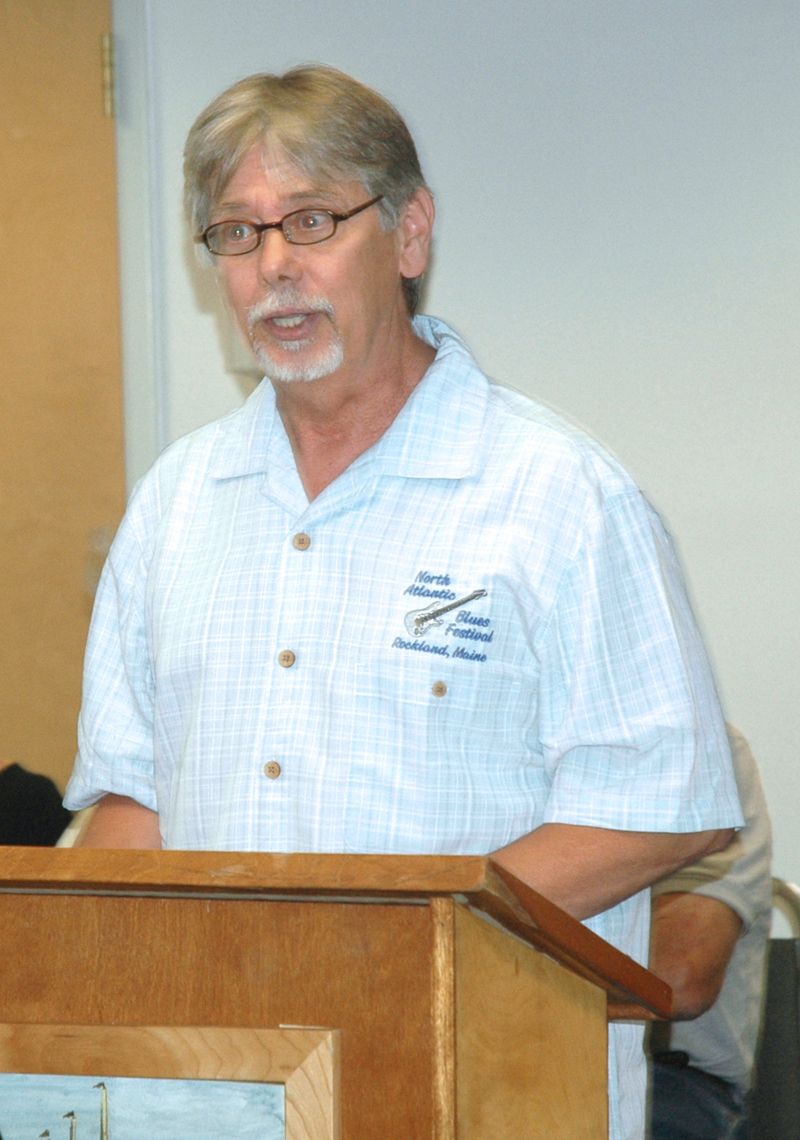 Hall said if the town purchases the array in the future, it will have free electricity. The town currently pays $18,000 annually for its electrical needs.

“As a private company, Sundog can take advantage of tax incentives the town can’t,” Visser said.

Visser said in the seventh year of the agreement, the town will have the option to buy the installation at fair market value, and will be able to use the electricity it generates for the rest of its lifespan without any further cost, except for any necessary maintenance.

“If the town decides to buy it, we will get 100 percent of the savings,” Visser said.

Visser said the Waldo County city of Belfast has pursued solar and the committee met with Belfast officials as they looked into a solar array for Waldoboro.

In response to questions from the public regarding the project’s timeline, specifically the ability to complete the project before the end of the year to qualify for funding under existing solar laws, Keizer said the approval time from the Maine Department of Environmental Protection is roughly six weeks, but she is optimistic that the town can streamline the process.

Regarding a separate question on the impact of a theoretical sale of Sundog Solar to another company, Keizer said the town would address the issue in the negotiation process, ensuring that if the company is sold, the new company would have to fulfill the contract.

Keizer said the board would have to approve a contract with Sundog Solar before the town moves forward with the array.

During the July visit to the landfill, Waldoboro Public Works Director John Daigle said the landfill was in service from the 1970s until it was capped in 1989.

Prior to the vote and proclamation, Selectman Jann Minzy read a press release from the Daughters of the American Revolution.

According to the press release, Constitution Week is a tradition of celebrating the Constitution, started by the Daughters of the American Revolution with a petition to Congress to set aside a week dedicated to the republic’s founding document in 1955. The resolution was adopted by Congress and signed into law by President Dwight D. Eisenhower on Aug. 2, 1956.

Collamore said this year marks the 230th anniversary of the signing of the Constitution.

At the conclusion of the evening’s meeting, Keizer presented a slideshow on clamming after a recent trip to the flats of the Medomak River with Selectman Abden Simmons.

Keizer said she posted photos from the trip on social media and received a request for a public presentation of the photos, which depict shellfish harvesting in Waldoboro.