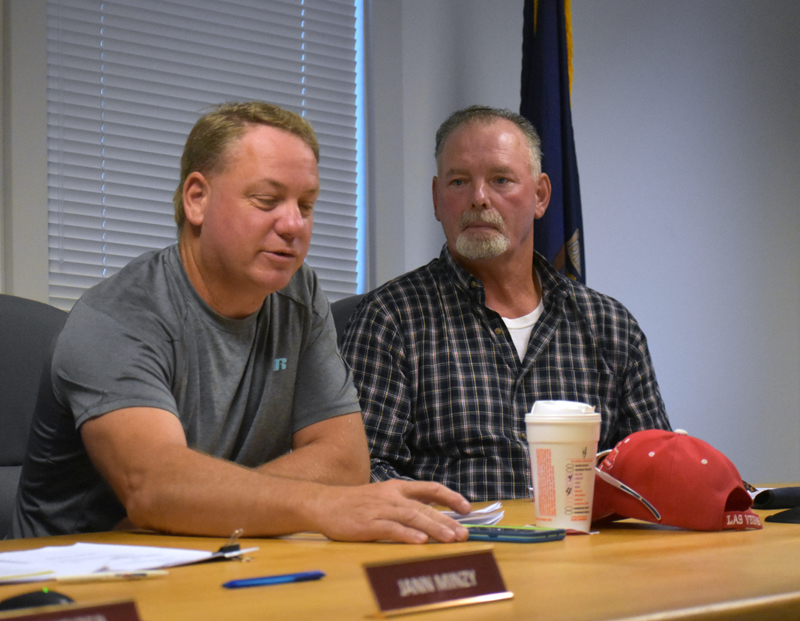 The Waldoboro Board of Selectmen voted 4-0-1 to reallocate funds to complete paving at the Pine Street Landing parking area Tuesday, Sept. 11.

Town Manager Julie Keizer said a grant for the landing project covered paving of a portion of the parking lot, but not the entire lot.

In order to finish work at Pine Street Landing this year, Keizer recommended taking a portion of money intended for paving at Dutch Neck and using it to finish paving at the parking area.

“The project would be totally done and you don’t have to revisit it,” Keizer said.

Keizer said paving on Dutch Neck, Gross Neck, and at the Dutch Neck Marine Park will not occur this year anyway due to the extent of ditching that needs to be completed prior to paving.

According to Keizer, the low bid to finish the parking area at Pine Street Landing was $31,200, but Public Works Director John Daigle said the price could end up lower depending on how much asphalt is used.

The town has $72,000 allocated for paving at Dutch Neck, according to Keizer.

Keizer said that by combining paving projects next year, the town could bring the total cost of paving Dutch Neck down from the initial estimate, as the more paving projects the town does, the lower the cost will be per ton of materials.

Selectman Clinton Collamore raised the issue of sight lines at the intersection of Jefferson and Main streets.

“It’s a tough intersection. You can’t really see without going into the intersection,” Collamore said.

After discussing the matter, the board agreed to remove a parking space that it had previously removed, but which the state put back in when it was working on curbs.

No action was required since the town previously indicated its desire to remove the parking space, according to Keizer.

Keizer said the town could only remove one parking space per the state.

Keizer said the final inspection at the Pine Street Landing is coming up.

Keizer said taxes in Waldoboro were up over $60,000, but the increase was due to the first year of debt service for the new Mid-Coast School of Technology.

“I think, unfairly, the town is being blamed for a huge increase, something voted on by the voters,” Keizer said.

Keizer said it is important for voters to understand the financial impact of their votes.

“It feels good to go into the voting booth and vote for something that feels good, but you have to understand the financial impact,” she said.

The town manager said the possible purchase of a ladder truck for the Waldoboro Fire Department would be revisited at an upcoming public meeting in October or November.

“The whole point of bringing it up was to have a discussion,” Keizer said.

Keizer said the Waldoboro Budget Committee will meet in October to discuss the ladder truck and infrastructure projects, as well as a 10-year capital plan.