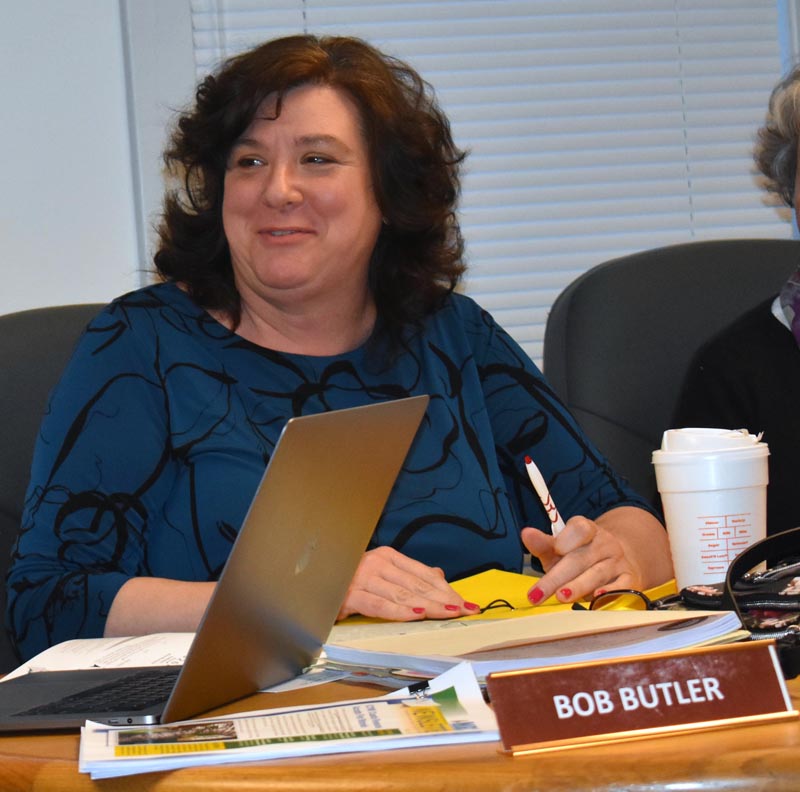 Waldoboro Town Manager Julie Keizer will stay on into 2024 under the terms of a five-year contract. The Waldoboro Board of Selectmen approved the contract Tuesday, April 23. (Alexander Violo photo)

Waldoboro Town Manager Julie Keizer is set to stay on the job into 2024 after the Waldoboro Board of Selectmen’s unanimous approval of a five-year contract Tuesday, April 23.

The vote at the end of the selectmen’s meeting followed a closed-door session to discuss the contract earlier in the meeting.

“Things have taken on a new life in town. We are looking forward to the next five years,” said Robert Butler, chair of the board of selectmen.

Keizer reflected on her first two years in Waldoboro, speaking of the town and its officials, residents, and staff in glowing terms.

Keizer said recent town managers have not stayed longer than two years and she is happy to break the trend.

“It’s a unique and wonderful place. You have the most wonderful group of people here,” she said.

Keizer said she loves coming to work and never knows what is going to walk through the door next.

She said she wasn’t sure she could replace the “work family” she had while working in municipal government in New Jersey.

“It happened here. I found another work family. I have learned a lot from each and every one of you,” Keizer said.

Keizer initially joined the town via a two-year contract in April 2017.

Originally from New Jersey, Keizer worked as borough manager of Medford Lakes before relocating to Maine and taking over as town manager from interim Town Manager Bert Kendall.