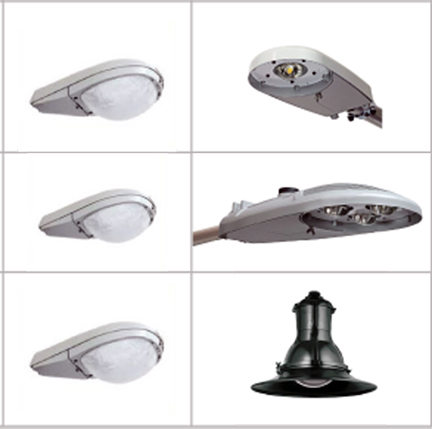 The conversion of Waldoboro’s streetlights to more efficient LED lights will include the installation of 12 decorative fixtures in the village.

The Waldoboro Board of Selectmen signed a five-year lease-purchase agreement for the installation of the LED streetlights Nov. 12 and agreed to add the decorative fixtures.  The town will pay contractor RealTerm Energy $71,766 for the work.

Johnstone said the lease-purchase agreement requires an initial payment of 10%, or $7,176.60. The agreement is through Municipal Leasing Consultants, of Vermont.

“By spreading it out over five years, we will be able to reduce costs by operating more efficient lights and not impact the mil rate,” Town Manager Julie Keizer said after the meeting.

Johnstone told the board the town could pay the lease-purchase off early, in three or four years.

“Five years was the initial plan, but you can add more to pay off each year,” Johnstone said.

“That way your savings pay for it over time,” she said.

Johnstone said the price for the agreement is a stand-alone price, but is based on the other towns participating in the conversions.

Keizer said all the towns are paying the same rate.

Johnstone said most of the LED lights, from Acuity Brands, would appear similar to existing streetlights.

However, as part of the $71,766 project cost, the town will put 12 decorative fixtures in the village, featuring a skirt design similar to lights in downtown Freeport.

Johnstone said the idea behind the decorative lights on is that they will fit in with the town’s historic buildings.

“We require buildings there to have historic architecture. Maybe we should do the same with streetlights,” Johnstone said.

When the selectmen decided to proceed with the conversion in October, they discussed the option to have smart controls, which would allow the town to control the lights remotely. Johnston did not recommend smart controls, saying it is a new technology that is dependent on cellular service.

“There is an extra cost (for the decorative fixtures), but since we are not pursuing the smart control option, we have funds to dedicate towards this so we can enhance the downtown area,” Johnstone said.

Selectman Katherine Winchenbach asked if the decorative lights would provide the same amount of lighting as the standard fixtures. Johnston said they will, but the light will be focused more in a downward direction.

Johnstone said he initially wanted to add more decorative fixtures, but weighed the benefit of aesthetics against budgetary concerns.

“I wanted to be conservative with this, not do too many lights,” he said.

Johnstone provided the board with a rough estimate that a standard light costs about $150, whereas the decorative ones cost over $1,000.

Keizer said the idea was to avoid going over the price that had been approved to cover the acquisition of smart controls.

According to Keizer, the decorative lighting is supported by the economic development committee and the downtown master plan.

Johnstone said the concept of decorative lighting fits with the town’s comprehensive plan, as well.

“It is something to look at, but you have to start somewhere, you can’t have the whole pie all at once if the money is not there,” Simmons said.

Johnstone said the board could revisit smart controls and additional decorative fixtures after paying off the lease-purchase.

Simmons asked about the life expectancy of the LED streetlights.

Johnstone said the lights come with a 10-year warranty and estimated their life expectancy at around 20 years.