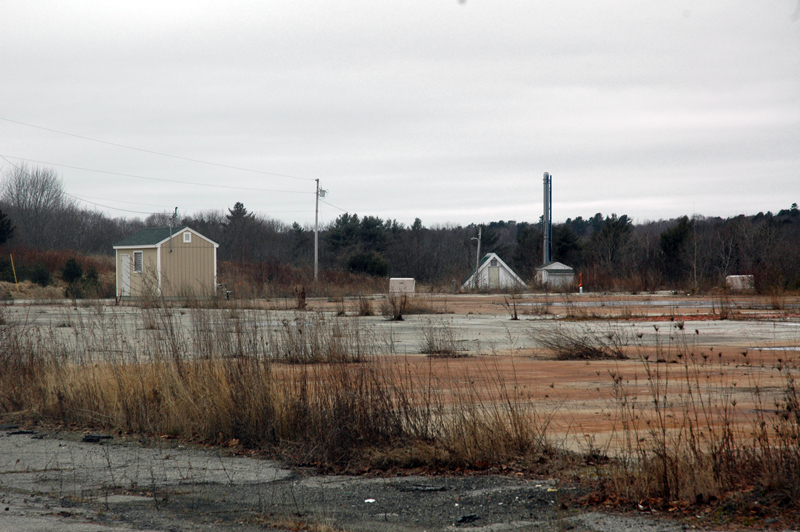 The town of Waldoboro will accept the donation of the former Sylvania property on Friendship Road subject to two changes in an agreement, the selectmen voted during a special meeting Feb. 3.

According to Town Manager Julie Keizer, the board is requesting the correction of a typographic error and the removal of a requirement that the town be a party to a Maine Department of Environmental Protection consent order.

“We had to cross the t’s and dot the i’s to iron out liability and to know what we’re getting,” Keizer said. “We’ve taken a lot of time doing our due diligence.”

The riverside property encompasses approximately 40 acres on two contiguous pieces of land, including the site of the industrial operation and the historic Hoffses House.

Sylvania originally purchased the property in 1951 and manufactured lightbulb filaments there. In the course of its operations, the company released chemical pollutants into the groundwater.

A 1988 consent order between the DEP and Sylvania began the cleanup process.

German lighting manufacturer Osram acquired Sylvania in 1993 and Osram Sylvania Inc. continued to manufacture lighting components and follow the remediation directives until closing the facility in 2005.

Remediation efforts have continued since the closing. In 2016, Osram Sylvania transferred the property to a subsidiary, Ledvance LLC. About two years ago, Ledvance offered to donate the site to the town of Waldoboro.

The location is still considered a brownfield site as defined by the U.S. Environmental Protection Agency. Brownfields are properties that “may have hazardous substances, pollutants, or contaminants present.”

Selectman Bob Butler, a member of the Sylvania Task Force, supported accepting the gift after careful consideration. “This was one gift horse we were going to look in the mouth,” he said.

“We have asked the DEP about potential liability. They unequivocally told us we would not be responsible, which gave us a great deal of comfort.” Butler said.

On Feb. 21, 2018, an environmental covenant was added to the deed for the property. The covenant outlines strict conditions that govern any future use or development of the property.

“The environmental covenant is very strict,” Butler said. “The town would be a good partner to honor the terms of the covenant, and look for ways to use the property in the best interest of the residents. As owners, we can make sure Ledvance has unfettered access to continue cleanup.”

According to a report from the town’s Sylvania Task Force, formed in 2017, the environmental covenant “maps three restricted areas and, pending additional investigation, a fourth restricted area.”

The covenant prohibits residential use, long-term care facilities, schools or other educational institutions, or child care facilities anywhere on the property. According to Butler, any development of the restricted areas could only go ahead with DEP approval.

That covenant will remain in force until the DEP is satisfied that the contamination issues have been resolved. It remains the responsibility of Ledvance to continue remediation efforts until that time, even if it no longer owns the land.

The next step after the transfer of the property is complete is to solicit ideas for its use from residents through public forums. Suggestions so far have included a solar array, a green space, walking trails, an ice skating location, an aquaculture museum, or leasing the land to private entities to generate revenue for the town.

Butler credits the dedication of the Sylvania Task Force members for their role in the town’s understanding of the issues involved with the site and the opportunities presented.

“The task force was formed out of concern that we didn’t know enough about the situation,” he said. “The idea was that the task force could be an impetus and a motivator for putting the conversation on a different level. And that’s exactly what happened.”

The final agreement encapsulating the changes required by the town still needs to be signed before the transfer of the property can take effect.