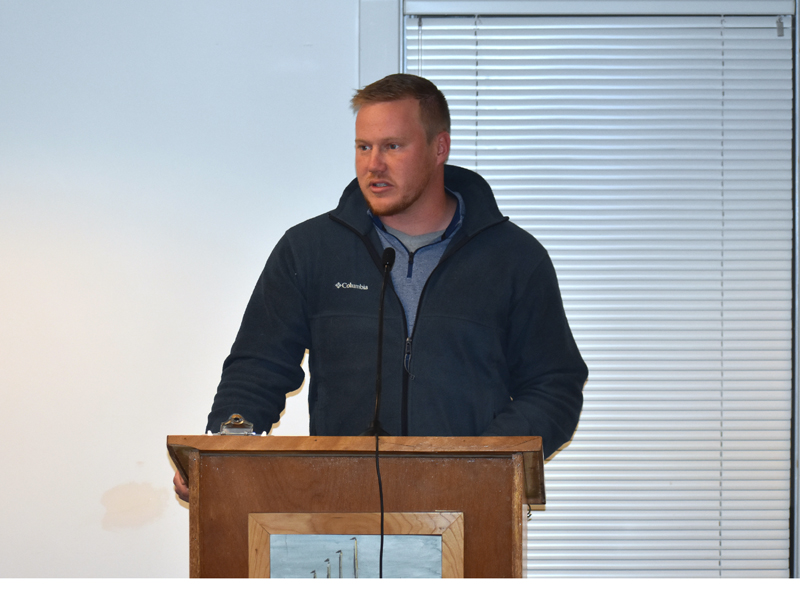 Waldoboro will survey its residents about the possibility of a community center in the town.

The Waldoboro Board of Selectmen reviewed a draft survey from the Waldoboro Recreation Committee on Tuesday, Jan. 8.

Waldoboro Recreation Director Marcus Benner said the survey will help the committee determine what residents want and how much they are willing to pay for it.

The town received a roughly $2,000 Assistance with Specific Know-how grant from the Lincoln County Regional Planning Commission to conduct the survey.

“The ASK grant will pay for almost, if not all, of the cost to send this out to every household,” Benner said.

Board of selectmen Chair Robert Butler asked about the timeline for the survey.

Benner said that once the board approves the survey, he will go to the post office to see how much it will cost.

“The sooner the better,” he said.

Selectman Abden Simmons asked how many people the survey would go to.

Benner said it would go to every household in Waldoboro.

Town Manager Julie Keizer asked if the surveys would go out with prepaid return envelopes.

“We are going to find out how much it is going to cost and see how much money we have left for paid return letters,” Benner said.

Selectman Clinton Collamore asked if a link to the survey could be placed on the town’s website.

Benner said he is not opposed to putting the survey on the website.

Keizer asked Assessors’ Agent Darryl McKenney how many parcels there are in Waldoboro. McKenney said there are about 3,000.

Butler asked what the committee would consider a reasonable return rate on the survey.

Committee Chair Troy Smith said average return rates for surveys are around 7 percent, though the committee hopes for a higher percentage.

“We are trying to get as much of a push as possible so it represents more of the town,” Smith said.

The selectmen voted to form a recreation committee in February 2018.

The selectmen voted to appoint Jim Russo to the Waldoboro Planning Board.