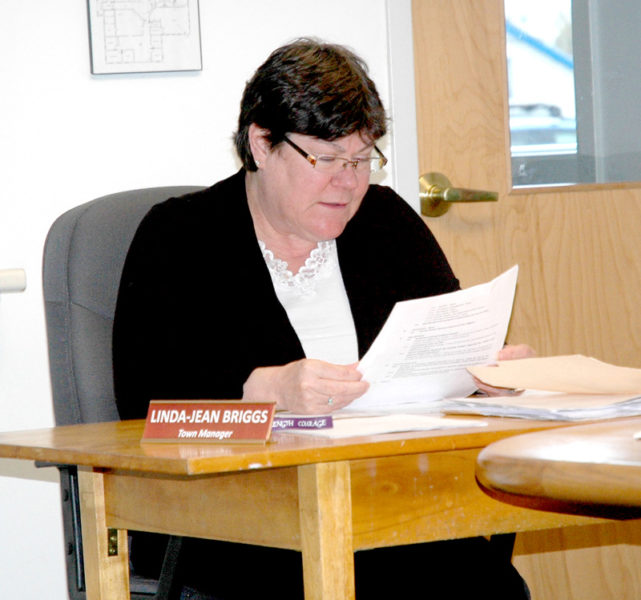 Waldoboro Town Manager Linda-Jean Briggs speaks during a meeting of the Waldoboro Board of Selectmen on April 26. Briggs will resign effective Jan. 20. (Alexander Violo photo)

Waldoboro Town Manager Linda-Jean Briggs will resign effective Jan. 20 to take a position with another community.

Briggs announced her resignation in a press release the afternoon of Monday, Dec. 5.

According to the press release, the decision was difficult but necessary due to the short-term nature of her contract, a one-year deal agreed upon in June.

“I wish the folks of Waldoboro well and thank them for the opportunity,” Briggs said in the press release. “I will leave knowing my team and I have succeeded in making a difference in my nearly three years as manager.”

In her letter of resignation to the Waldoboro Board of Selectmen, Briggs referenced a number of projects completed during her tenure, including the expansion of Hannaford Supermarket and the openings of Family Dollar, Liberty Tree Arms, and Tucker Chevrolet.

Briggs’ letter also referenced a number of volunteer efforts in Waldoboro and expressed optimism that volunteer efforts and public projects, including the Pine Street landing expansion and waterline replacement, would continue in the future.