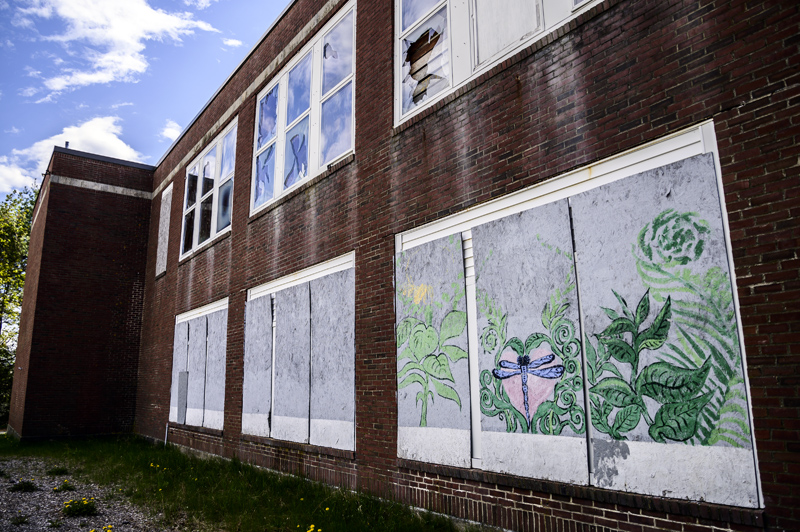 Waldoboro will vote by secret ballot on 46 warrant articles in the annual town meeting by referendum on Tuesday, June 8.

Articles 45 and 46 on the ballot will determine whether voters favor the conversion of the vacant A.D. Gray School into affordable senior housing or the demolition of the school and creation of a park in its place.

If Article 46, added to the ballot by citizen’s petition, passes, the town will move forward with the creation of a park. An explanatory note follows the article on the ballot, saying the park will be created without taxpayer dollars and detailing several potential uses for the park.

Residents have questioned whether the property could accommodate both plans, and it is feasible that both articles could pass. The selectmen have said they will address that possibility if it comes to pass.

Surran Pyne, spokesperson for the A.D. Gray Park Coalition, said the creation of a “beautiful” park would be “a positive change for everyone.”

“This will be an attraction for young people, children and their parents, and elders. A park is a way of taking care of everyone; it is not just a place to linger, but also for community events, gardens, outdoor recreation, and concerts,” Pyne said. “The A.D. Gray Community Park is a step to unite and build Waldoboro.”

Selectman Bob Butler supports Article 45. He said in an email that the Volunteers of America would repurpose “a structure with sound bones” and provide “opportunities for Waldoboro seniors to transition into secure, affordable, well-managed housing as they age.”

Butler said the project would also generate a revenue stream in the form of payments in lieu of taxes to the town. He called the plan “entirely compatible with the park concept” and said the town can have both, “provided the school is not torn down.”

The budget allows for the restoration of some services that the town curtailed in response to the pandemic.

Town Manager Julie Keizer said that the budget will fully fund staffing for the police department and the public works department, and will help staff the third shift for Waldoboro Emergency Medical Services. In addition, the budget increases the hours for six full-time hourly positions at the town office from 32 to 36. Pre-pandemic, they were 40-hour positions.

Keizer said the new budget does not restore a full-time position of receptionist and assistant to the finance director that was eliminated in the 2020-21 budget.

Community service agencies are also positively impacted, with the Waldoboro Public Library receiving the largest bump. The budget committee restored the town’s contribution to the library to the pre-pandemic level of $75,000, an increase of $12,500 or 20% over last year.

The town is taking the opportunity to build its reserve funds across the board, with increases to capital reserves for fire, police, public works, public buildings, transportation, unemployment, and solid waste management. Article 29 asks for the sum of $510,968 to be transferred to reserves for capital improvements, an increase of $340,467 or 199.69%.

Voters will elect two selectmen and two members for the RSU 40 school board. See “Five up for two seats as Waldoboro selectmen” and “Waldoboro to decide contested race for school board” in this edition.

There are no candidates on the ballot for three three-year terms on the budget committee. Incumbents Craig Lewis, William Pratt, and Arvin Roen are not seeking reelection.

The town will ask the people who receive the most write-in votes to serve on the committee, according to Town Manager Julie Keizer. If there are not enough write-in votes or if those individuals decline, the selectmen will appoint the positions.

Incumbent Gordon Webster is running for one of two three-year terms on the utility district board of trustees. There is no candidate on the ballot for the other seat, currently vacant after board member Jeff McNelly resigned.

The polls will be open for in-person voting at the town office, 1600 Atlantic Highway, from 8 a.m. to 8 p.m., Tuesday, June 8. Residents can register to vote up to and on June 8.