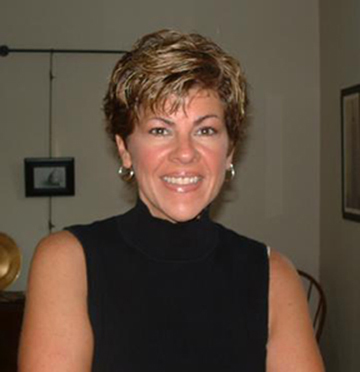 Isabella Mastroianni plans to teach young adults culinary skills at a nonprofit school in Waldoboro, which she hopes to open this year. (Alexander Violo photo)

After searching across eight states on the Eastern Seaboard, a new Lincoln County resident has purchased a farm in Waldoboro and plans to open a nonprofit culinary school.

Isabella Mastroianni plans to open the school on a 4-acre farm on Spruce Lane, off Friendship Road. The property features a late-18th-century, 6,000-square-foot farmhouse and a 10-year-old, 2,000-square-foot barn.

Mastroianni said the setting of a farm will be advantageous for the school. She described the farm’s chicken coops, raised-bed gardens, stables, and other features as critical components of the future school.

She said she would like to incorporate farm-to-table ideas. The farm also has apple and pear trees and blueberry and raspberry bushes, which she plans to incorporate into the fledgling culinary school.

“There’s just enough space to get the kids outside to learn about gardening,” Mastroianni said.

She said one of the annual sessions will focus on deaf and partially deaf students, while the three other sessions will be geared toward economically disadvantaged youths ranging in age from 18-22.

“The school is going to try and equip the students with basic culinary skills. Once done, we want to try and help find jobs or internships for them,” Mastroianni said.

Mastroianni sold her family home in New Jersey to help fund the purchase of the Waldoboro property. She said several factors attracted her to the Midcoast.

Though raised in Vermont and New Hampshire, Mastroianni recalls visiting Maine as a child and falling in love with the coastline and farmland.

In addition to the necessary space to host a culinary school, Mastroianni said she looked for a location that would embrace her philosophy of community involvement.

“I wanted to find a place with a sense of community and support for nonprofits. We want to promote community service projects at the school to get youths out in town and make them aware of need around them,” Mastroianni said.

She said the wealth of natural ingredients available in the Waldoboro area also attracted her to the region.

“I love the emphasis on agricultural, dairy, and fishing industries, but I also wanted to open the school where economically, there is need,” Mastroianni said.

She said the nonprofit is a nondenominational Christian organization, accepting students of all faiths.

“We are trying to send a message of acceptance, regardless of economic background or physical disabilities,” Mastroianni said.

Mastroianni said she was inspired to start a culinary school in a rural setting by her time at a cookery school in southern Ireland.

Mastroianni said that, though based in Shanagarry, a village in County Cork, the culinary school emphasized traditional French methods.

She first attended the school, located on a 100-acre organic farm, for a short course in 2009, later returning to take a more intensive three-month course.

“The school is fully sustainable. They grow all their food, everything is organic, and they waste nothing,” Mastroianni said.

She said one of the biggest takeaways from her experiences at the cookery school was the importance of quality ingredients.

Pairing the organic approach to cooking with youthful students was a natural progression for Mastroianni.

“I have such a heart for young people,” she said. “It’s so exciting to be a part of this time in their lives. They are just heading out into the world and having opportunities.”

She said the school needs to raise $500,000 to open its doors. The organization will use the funds to complete renovations at the farm, including an extension of the kitchen to prepare it for commercial-style use.

She said all donations, no matter how small, will help.

“Everything hinges on fundraising,” she said. She also hopes to recruit general contractors, painters, and plumbers willing to donate their time. “If we could start relying on people for this assistance, the overall cost would be a lot less,” she said.

Mastroianni said the funds will also cover the school’s operating costs. She will seek corporate sponsorship and apply for grants as well to help cover the fund raising costs.

She hopes to provide full scholarships for qualified applicants.

Mastroianni said the school will be open to students from the contiguous 48 states. “We want to draw from local students too,” she said.

She said once the school is up to capacity, it will host 12 students per session.

She said that in order for the school to succeed, community involvement will be of the utmost importance.

“We need the community to come alongside us and support us. We want the young people here to be involved in the community, while reciprocally having involvement from the community,” Mastroianni said.

For more information or to make a donation, fully tax-deductible, contact Loaves and Fishers at 832-1015 or info@loavesandfishers.org.