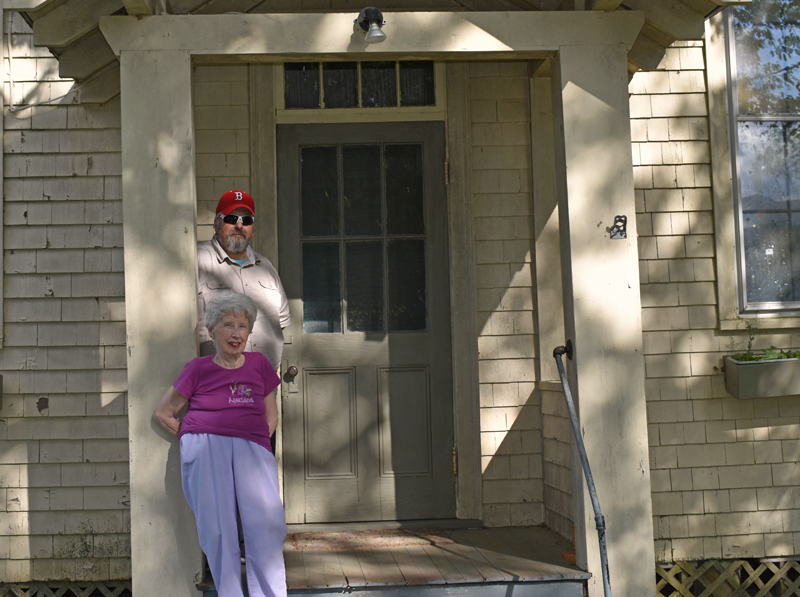 The Waldoborough Historical Society continues to grow in its 50th year, recently acquiring the West Waldoboro Community Building to serve as an off-site annex to its Main Street museum.

“We are trying to get things from Dutch Neck and Gross Neck here. We have a lot of items we need space for,” society President Jean Lawrence said.

The building will host an indoor yard sale from 8 a.m. to noon, Saturday and Sunday, Sept. 29 and 30.

“The proceeds will help fund what we need to do to this place,” Lawrence said of the need for repairs to the building. The society hopes to display exhibits there next summer.

The society invites members of the public to donate one box of items, excluding clothing and large appliances, to the sale.

Lawrence said any items from the community club that the society isn’t going to use will also go into the sale.

In addition to the indoor yard sale, the society will have a drawing Oct. 1 for an 18-month calendar and a T-shirt.

The proceeds from the drawing will also go toward the newly acquired building, according to society Vice President Bill Maxwell.

The West Waldoboro Community Club came before the Waldoboro Board of Selectmen to discuss the transfer of ownership of the building from the community club to the historical society July 24.

According to Maxwell, the community club’s membership has dwindled and it decided to deed the building to the historical society to ensure its maintenance moving forward.

“They didn’t want to see the building fall down or be destroyed and offered it to us to save the building, deeded the building to us, and we will be taking over the responsibility for it. It is one of the oldest schools in town and there are not many left,” Maxwell said.

While a highlight, the acquisition of the new building was not the only notable event of the society’s 50th year.

To celebrate is golden anniversary, the society hosted a variety of events at its 1164 Main St. museum, including a celebration of the Medomak River on Aug. 26. Steamed clams with butter were available and local shellfish harvester Glen Melvin gave a presentation on the river.

For the next event of the anniversary year, the society will host Carla Knorowski, editor of “Gettysburg Replies: The World Responds to Abraham Lincoln’s Gettysburg Address.”

The presentation and book-signing at Broad Bay Congregational Church will start with a potluck dinner at 5:30 p.m., Saturday, Sept. 22.

The museum began the season June 17 with an anniversary celebration featuring the Kora Shrine German Band and the surprise dedication of the Richard Wallace Barn. Wallace, a museum trustee for 50 years, now spends his Saturdays in a rocking chair in the building that bears his name.

Maxwell said the dedication was his favorite part of the society’s anniversary summer.

The town of Waldoboro dedicated its annual report to Wallace and to Carol Blodgett this year. Wallace is a native son of Waldoboro and lives on Dutch Neck.

“He is a very soft-spoken and humble man who all his life probably hasn’t received the recognition he should have,” Maxwell said. “He has worked to preserve history his whole life and naming the barn after him was a nice way to say thank you to a guy who has given his whole life to the community, and it was good to see him finally get recognition for all he has done.”

Lawrence described the society and its museum as dedicated to the preservation of Waldoboro history, dating back to the 18th century, through a presentation of history and a collection of historical artifacts.

“Our main goal is to educate people on the history of Waldoboro and preserve as much of that history as possible,” Lawrence said.

The museum’s diverse collection features old fire engines, including the town’s first, The Water Witch, which was purchased in 1838 and was stationed by the Old North Church in Boston before it made the journey to Lincoln County.

Other items on display include a 1930s theater curtain from The Progressive Grange in Winslow Mills and photos of all the schooners built in Waldoboro during the latter portion of the 19th century, in addition to a military collection spanning the Civil War through World War II, featuring uniforms and personal items from Waldoboro veterans.

The collection currently spans three buildings: the Richard Wallace Barn, featuring local sports memorabilia and a display on Moody’s Diner; the Hauck/Bailey Building; and the Boggs Schoolhouse, a one-room schoolhouse built in 1857 and moved to its present location in 1972.

On display outside the Boggs Schoolhouse is a Revere bell given to the town’s congregational church in 1820 and eventually used at the A.D. Gray School.

The museum is the first stop in ArtWalk Waldoboro, when it features a local artist of the past. The final walk of the season will take place Oct. 13.

Lawrence and Maxwell stressed the need for volunteers, who are critical to keeping the museum staffed and open to the public.

“We need volunteers, people interested in supporting us. Everything we do is with volunteers. We are a nonprofit,” Lawrence said.

Plans for next summer include a rug-hooking workshop at the VFW hall on Mill Street in April and an event honoring female veterans of Waldoboro in May, according to Lawrence.

Maxwell said the society is also planning a program on bowling in Waldoboro for next year.

Lawrence said she is excited about plans for a trolley tour next summer, building off the historical walking tours the society has done in the past.

The museum is open weekends from noon to 3 p.m. through Sunday, Oct. 7.