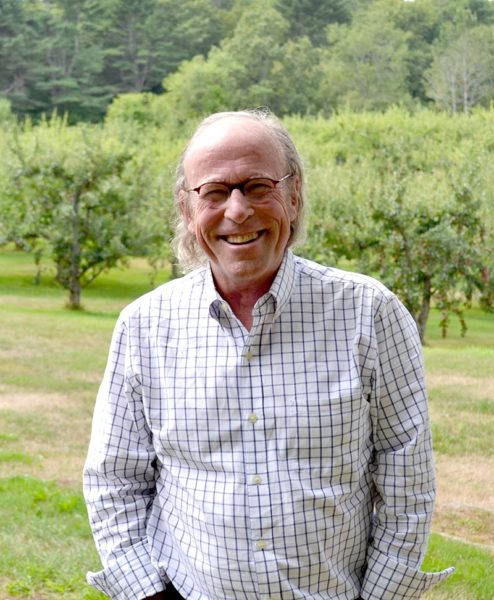 The failed “war on drugs” and the lack of effective treatment options for individuals struggling with heroin or opioid addiction amounts to “negligent homicide,” said Tim Cheney, Walpole resident and co-founder of the addiction resource directory Chooper’s Guide and its nonprofit advocacy arm, Chooper’s Foundation.

Every person who has died from an overdose is a victim of policy makers who have turned their back on scientifically-proven addiction treatment resources, he said.

At 15 years old, Cheney was a heroin addict living on the streets of New York City. He went through 42 separate treatment programs, both court-ordered and voluntary, and many arrests, before he had his “moment of clarity” and checked himself into his last rehab, he said.

Cheney recently celebrated 35 years of long-term abstinence-based recovery. Since retiring from a successful career as an entrepreneur, Cheney has devoted himself to raising awareness about recovery, changing the dialogue around drug addiction, and providing choice in treatment options.

Decriminalization, outreach programs based on harm reduction, such as needle exchange programs and safe injection facilities, and trauma-informed treatment options, which address underlying social, emotional, and physical traumas that have pushed people to substance abuse, are all necessary to turn the tide of the growing drug epidemic, Cheney said.

The treatment model and policy approach Cheney is advocating for is based on social justice, he said. It removes the moralism and stereotypes from a drug policy that has criminalized and discriminated against individuals with addiction.

It treats addiction for what it is – a medical issue, he said. “These aren’t bad people; they’re sick people,” Cheney said. “People struggling with addiction should be treated with the same level of care, dignity, and respect as people with any other medical condition.”

The “social justice” approach to the drug crisis tackles the “demand side,” Cheney said. It stands in stark contrast to current drug policy, which focuses on supply and funnels the majority of resources to the incarceration of traffickers and the disruption of supply routes, he said – resources that would be better spent on outreach and treatment.

“This is my passion. This is my purpose,” Cheney said. It is a miracle he is alive, Cheney said. He is now working to ensure others struggling with heroin and opioid addiction live long enough to make it into recovery.

Cheney was institutionalized at an early age from a traumatic brain injury. The stigma and resulting alienation from having spent time in a behavioral health facility, in addition to family and environmental factors, pushed him to substance abuse, he said.

At 11 years old, Cheney was drinking daily. At 13 1/2 he was using pills. At 15 he was alone on the streets of New York City living the life of a heroin addict. “It was a violent life,” Cheney said. There were no public restrooms in the area of the city where he found shelter because of the number of heroin users found dead in them, he said.

Cheney walked through the streets armed for protection. When someone overdosed in one of the city’s “shooting galleries,” where heroin users would congregate to “shoot up,” or inject heroin, the other users would strip them of their belongings and throw them out a window, he said.

“Every time you bought heroin, and used it, you were risking your life,” Cheney said.

Cheney thinks the same type of dangerous circumstances he lived through while addicted to heroin would exist if insulin were declared illegal and diabetics had to take to the streets to find it. “The drugs become a matter of survival,” Cheney said.

It is a subculture largely created by the criminalization of heroin and a “war on drugs” that discriminates against individuals struggling with addiction, Cheney said.

“When you’re labeled an addict, you’re cast into this deviant subculture and it creates a loop. The person literally becomes a byproduct of the culture,” Cheney said.

Cheney went through several abstinence-based treatment programs while struggling with his addiction. They did not work, he said. Oftentimes, he would voluntarily check himself into one just to reduce his habit, so when he emerged it would not cost so much, he said.

“Poppies are not grapes,” Cheney said. A treatment model created for alcoholism is not effective for opioid and heroin addiction, he said. “Abstinence-based treatment will not work for the majority of people with moderate to severe opioid addictions.”

He also worked as the director of research for a drug treatment program in Boston.

“Methadone blocks the cravings,” Cheney said. “It allows you to stay out of jail, out of the ER. You’re able to maintain your relationships and take care of yourself.”

Cheney pointed to the term “drug-replacement therapy” as an example of the stigmatization and moral judgment infused in the dialogue surrounding addiction. “It should be called medication-assisted recovery,” Cheney said. “I’d actually like to see it just called recovery.”

Medication-assisted therapy is widely accepted in the health care profession as the most effective treatment option to wean moderate to severe heroin and opioid users off their habit, Cheney said. It has also become a policital issue, with politicians such as Gov. Paul LePage questioning the therapy’s effectiveness.

While Cheney stabilized his life while on methadone, once he timed out of the treatment program, he began using heroin again, and returned to the streets. The underlying trauma that pushed Cheney to substance abuse in the first place was never addressed, he said.

It was not until he was strapped to a gurney in an emergency room in the early 1980s that “the light went on. I had an epiphany, a moment of clarity,” Cheney said. “I made the choice.” Cheney checked himself into his last rehab, and has been in abstinence-based recovery ever since.

For all the treatment programs Cheney had gone through, the need to address and come to terms with his trauma was something he had to realize on his own, Cheney said.

Cheney went on to launch two successful technology and human resources consulting companies, which he sold to an international corporation.

In his retirement, Cheney moved to Maine and now operates Clark’s Cove Farm & Inn in Walpole. He has devoted himself to volunteer work, which has garnered praise from the governor of Florida, the U.S. Congress, and President Barack Obama.

His advocacy and support for substance abuse-impacted children earned him the Child Advocacy Award from Florida Gov. Jeb Bush in 2006; a congressional award in 2009; and the President’s Lifetime Achievement Award in 2013.

He is now working to raise awareness about recovery, change the dialogue surrounding addiction, and ensure individuals struggling with addiction have the same access to treatment as individuals with any other medical condition.

In addition to establishing a comprehensive online clearing house of treatment programs and addiction recovery resources, and advocating for legislative and policy change through the Chooper’s Guide and Chooper’s Foundation, Cheney is also an equity partner in Grace Street Services, a Lewiston-based treatment program.

Grace Street Services offers a wide range of services, from medication-assisted treatment, such as treatment with Suboxone, to individual and group counseling, art therapy, and vocational training.

The program also works with 88 Oxford Street in Lewiston, the first transitional housing program in New England where individuals in medication-assisted therapy can receive treatment on-site.

In addition to supporting needle exchange programs to prevent the spread of Hepatitis C, HIV, and AIDS, Cheney plans to lobby for a safe injection site in Maine. Safe injection sites are locations where heroin users can inject the narcotic in a safe and regulated environment without the risk of incarceration.

Safe injection sites are common in several European countries and are being debated in several communities in the United States. For Cheney, the sites offer an answer to the rising overdose deaths in Maine. The increase in heroin and opioid addiction “is a public health hazard and one of the greatest social justice issues facing the country,” Cheney said. “People are literally dying in the streets.”

As a young man struggling with addiction, Cheney was told he would never recover. “That was a lie,” Cheney said. “Recovery is real. There is hope.”

Ensuring individuals struggling with heroin or opioid addiction have access to a broad range of treatment options they are free to pursue without stigma and discrimination is now Cheney’s reason for being, he said.

“Sometimes people just need to know they have choices,” he said.