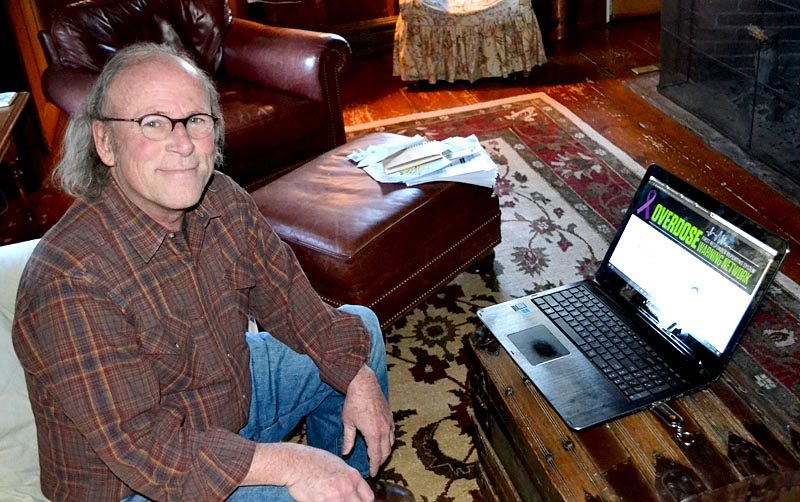 To remedy the lack of overdose data that law enforcement and first responders could use to understand and respond to overdose trends in real time, Chooper’s Foundation has launched The Overdose Warning Network, the first cloud-based overdose incident reporting system, according to its website, overdose-911.com/own.

Available as an Apple and Android mobile and desktop application, the Overdose Warning Network, or OWN, enables real-time reporting of overdose incidents, both fatal and non-fatal. The overdose data collected through the application will be compiled into a database.

The research reports generated from analysis of the database will enable law enforcement, health care professionals, and policymakers to identify and understand overdose trends as they emerge, Cheney said, and enable those groups to take a proactive approach to overdose prevention.

The beta version of the application is currently being made available to select cities and service providers to refine and perfect the application before large-scale implementation, Cheney said.

Cheney hopes the information generated from the database will elevate awareness about heroin and opioid addiction and contribute to legislation and policy decisions that treat addiction as a public health issue, Cheney said.

Efforts to change drug policy have largely relied on anecdotal information from people with firsthand experience with the devastation caused by addiction, Cheney said. Once “elevated with data,” policymakers will have no choice but to respond with approaches that target the root cause of the opioid and heroin epidemic, which is the addiction fueling the demand, he said.

With data supporting the call of grass-roots activists and law enforcement and health care professionals to treat addiction as a disease, rather than a moral failing and a crime, “they’ll have to legislate,” Cheney said.

The idea for the application was first proposed during a meeting of the Maine Substance Abuse Services Commission, one of many boards and committees devoted to substance abuse treatment that Cheney serves on.

Cheney, who spent a large portion of his adolescence and early adulthood addicted to heroin, has devoted himself to advocating for a “social justice” based approach to the treatment of heroin and opioid addiction, which eliminates stigma and moral judgment from the conversation.

Cheney occupies the education chair on the commission, which is responsible for bringing best practices for substance abuse treatment and prevention from across the nation to the attention of the committee.

In Maine, data on overdose deaths is collected by the Center for Disease Control and Prevention and submitted to the Attorney General’s Office. The figures are released infrequently.

Recognizing the limitations of analyzing data well after the fact, Cheney rattled off a model that would enable real-time reporting and analysis of overdose incidents. The commission was interested, but Cheney did not want to wait on a slow bureaucratic process to develop it, he said.

Within months, The Overdose Warning Network was ready to launch, and agencies in West Virginia, Ohio, New York, and elsewhere have expressed interest in being among the first to put it into use, Cheney said.

Through the application, law enforcement officials, health care professionals, and registered independent users can immediately upload information about overdoses into the database.

The information can then be correlated to identify “hot spots” of heroin and opioid use and contributing factors and emerging trends that are driving overdoses, Cheney said.

After the app moves past the beta stage, the database and the reports generated from it will be made available through a paid subscription with rates based on city and state populations, Cheney said.

The annual data currently made available to policymakers points to fentanyl, a synthetic opioid many times more potent than heroin but often mixed with or sold as heroin, as a driving factor of overdoses, Cheney said. Already, a new and even more potent synthetic opioid, the elephant tranquilizer carfentanil, has made its way to the streets of cities throughout the U.S., and has been linked to hundreds of overdose deaths across the U.S.

Reversing an overdose caused by carfentanil requires several doses of Narcan, Cheney said. Information about the drug and resources to test for it are scarce, according to the National Institute on Drug Abuse.

Through The Overdose Warning Network, trends, such as the increasing prominence of carfentanil, will be immediately recognizable, and the recognition of those trends will enable law enforcement and emergency responders to take appropriate measures, Cheney said.

“This is what we’re trying to do,” Cheney said. “We want to start correlating the data so we can make some sense of it.”

The data will be a needed tool for law enforcement and health care professionals to identify where to direct resources and attention. The “end game” is to inform policymakers so large-scale change in drug policy and approaches to addiction treatment can take place, Cheney said.

“I want to save lives,” Cheney said. “Really, that’s what this is about. It’s about saving lives.”

For more information about The Overdose Warning Network, go to overdose-911.com/own or choopersguide.com.