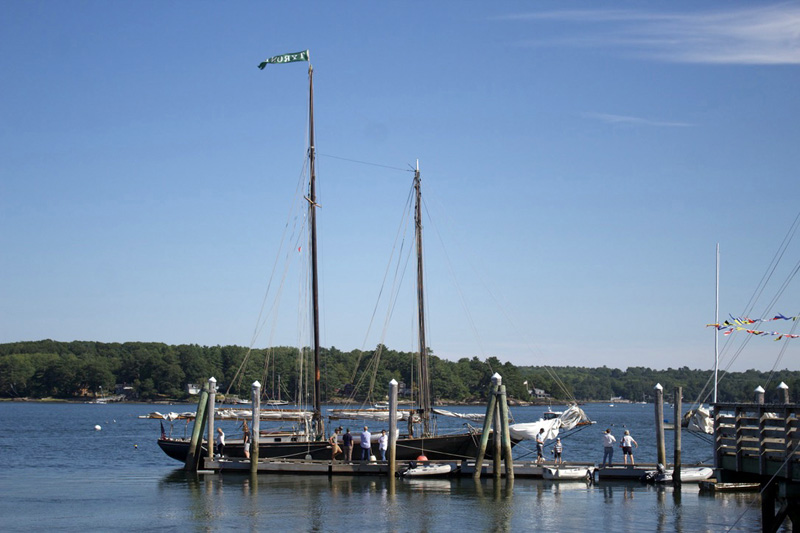 Tyrone, one of the schooners patrons could sail on during Wiscasset Schoonerfest, stands proudly while docked on the Wiscasset pier. (Iris Pope photo)

Local musicians playing by the waterfront, reenactors camping on the Wiscasset Common, large schooners with fluttering sails traveling around the river: all were sights to be found at Wiscasset’s second annual Schoonerfest, held over the weekend, Aug. 19-21.

This year’s Schoonerfest was met with warm weather and cloudless skies, a vast improvement to last year’s festival that took place amidst a hurricane. With crowd’s resembling last year’s in terms of numbers, Schoonerfest hopes to grow in the next few years.

The vision for Schoonerfest began several years ago, according to the festival’s “co-Admiral” Peter Wells. The festival was meant to pay homage to Luther Little and Hesper, two trade route schooners built in the 1910s that resided in Wiscasset until the 1990s. 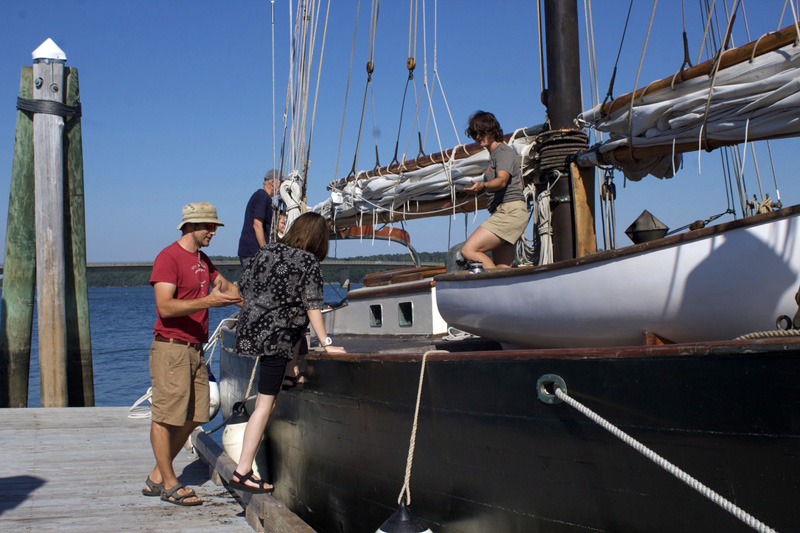 Attendees climb aboard the Tyrone with help from Tyrones crew members. Individuals could purchase a ticket for a cruise around the river. (Iris Pope photo)

The original idea for Schoonerfest involved large wooden silhouettes of schooners placed along Main Street in Wiscasset, and local artists would be assigned a schooner to decorate. Schoonerfest would then showcase the history of Wiscasset’s famed ports, as well as the abundance of artists within the community.

After developing a Schoonerfest committee, the idea for the festival began to blossom. Committee members suggested bringing in music and real schooners, like this year’s Tyrone and When & If, to help celebrate the nautical heritage of Wiscasset. 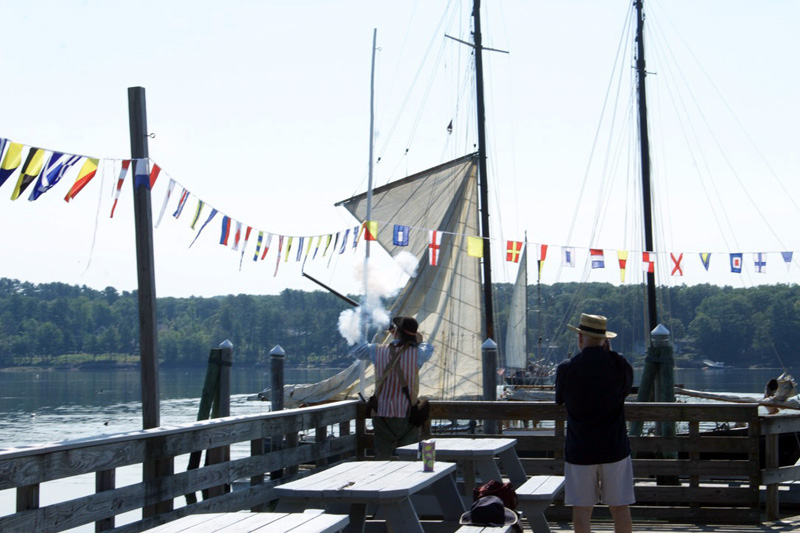 A reenacter from the Colonial Maine Living History Association fires a round from a rifle during the last morning of Wiscasset Schoonerfest. (Iris Pope photo)

“This year has run well,” Wells said. “It’s been a lot of fun. My committee has been wonderful, dedicated and enthusiastic; without them, we couldn’t have done this.”

Along with the various activities like geocaching and historical reenactors from the Colonial Maine Living History Association, this year’s Schoonerfest included an augmented reality display that brought Luther Little and Hesper to life on attendee’s phones. By scanning the QR code on the temporary plaque, individuals can witness where the “ghost ships” were once moored. 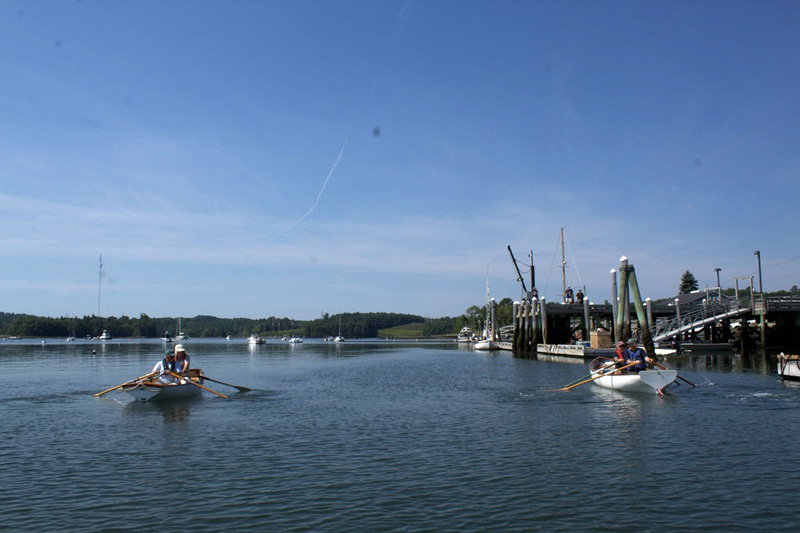 Wells hopes to pitch a permanent display to Wiscasset Select Board to make this augmented reality display a permanent feature on Wiscasset’s recreational waterfront.

Schoonerfest’s committee is already anticipating next year’s festival, and will meet in the coming weeks to discuss logistics. Organizers hope to have similar activities next year and promises the return of food trucks, beer garden, schooners, live music, and family fun for this four day festival.