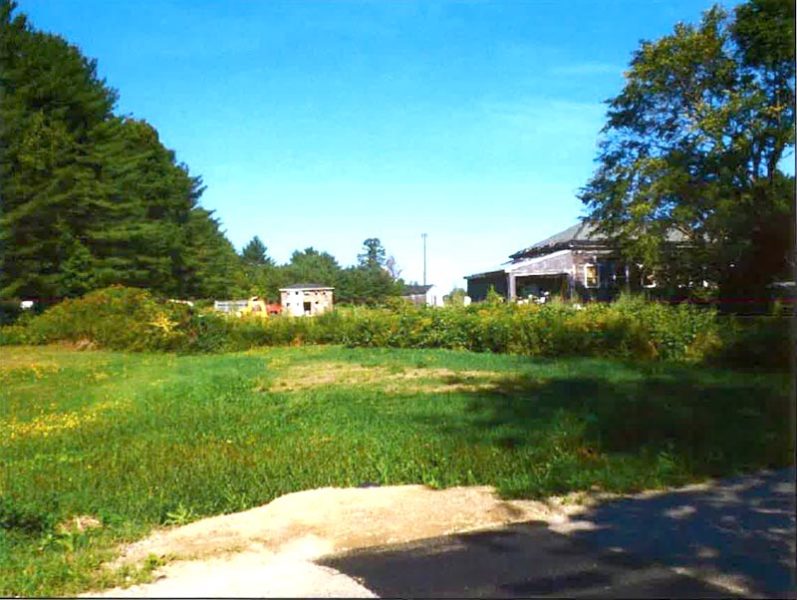 A computer-generated image of a cellphone tower on Townhouse Road in Whitefield from approximately 1,700 feet away.

After several meetings, a heated public hearing, and legal review by the town attorney, U.S. Cellular’s application for a cellphone tower at 571 Townhouse Road in Whitefield was ruled complete by the Whitefield Planning Board on Wednesday, Sept. 21, and approved with a series of conditions.

The lease between U.S. Cellular and property owner John Pagurko will need to be modified to ensure a visual buffer around the cellphone tower site is properly maintained, according to the planning board’s finding of fact.

On the south side of the facility, there will need to be plantings of three rows of juniper or cedar trees at least 3 feet tall to properly screen the 75-foot-by-75-foot compound that will contain the 190-foot monopole cellphone tower and equipment shed.

The lack of visual screening around the cellphone tower compound was a topic of contention at a public hearing in August. Pagurko had removed several trees around the site, which complicated the approval process, planning board Chairman Jim Torbert said.

The condition to plant trees around the site in the direction facing abutting property owners Tom and Paula Benne contained specific instructions for the spacing and placement of the plantings to ensure an appropriate visual screen.

Pagurko operates a pig farm on the same property. The plantings must be protected to prevent the pigs from eating or rooting up the trees, according to the finding of fact.

The culvert on the access road to the site must be sized according to Maine Department of Environmental Protection best practices, according to the finding of fact. The application for the cellphone tower included plans to upgrade the access road and culverts to enable construction vehicles to access the site.

A tributary brook to the Sheepscot River, which is a natural spawning habitat for Atlantic salmon, flows through the culverts on the access road. The culverts must be sized appropriately, so they do not impede fish passage, according to the finding of fact.

U.S. Cellular was notified of the conditions but has not yet responded, Hebert said.

The planning board was initially impressed with the thoroughness of U.S. Cellular’s application and scheduled a public hearing before ruling the application complete, Torbert said.

The location of the cellphone tower was a topic of contention among the residents who attended the public hearing. In reviewing the application at a meeting with town attorney Mary Denison on Sept. 14, the planning board realized two submission requirements were missing from the application, including a written explanation of why the tower is needed at the site.

The process the planning board followed in considering the application could have been better, Torbert said. “There were some missing pieces we didn’t catch until we went through the ordinance with a fine-tooth comb,” he said.

While there is no requirement for a public hearing in the wireless communication ordinance, Torbert said he is glad the planning board decided to hold one. “We did our due diligence,” Torbert said. “This was a learning process for all.”