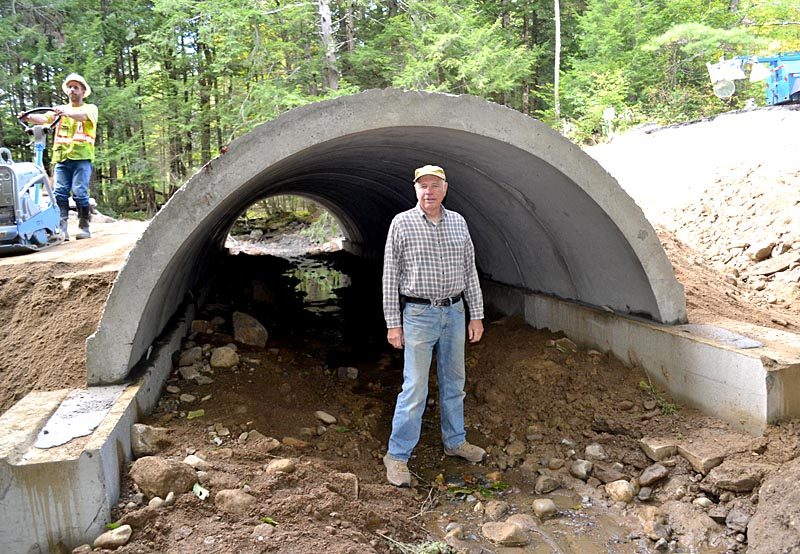 Whitefield Board of Selectmen Chairman Dennis Merrill stands at the entrance to the new Vigue Road culvert on Wednesday, Sept. 28, as crews from McGee Construction continue work. (Abigail Adams photo)

A large culvert on Vigue Road in Whitefield was improperly sized and causing erosion, affecting both the quality of the road and the ability of fish to pass through Finn Brook, which feeds into the Sheepscot River, Whitefield Board of Selectmen Chairman Dennis Merrill said. 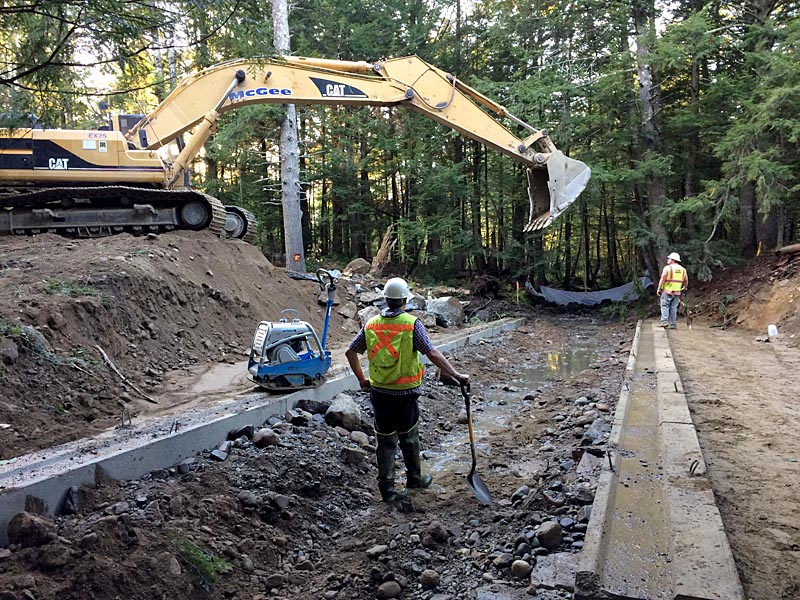 Replacement of the Vigue Road culvert in Whitefield in its early stages Sept. 27. The work was made possible by a grant from the Maine Department of Environmental Protection and a partnership between the town of Whitefield and several conservation organizations. (Photo courtesy Garrison Beck)

The culvert was replaced over a 10-day period beginning Sept. 26. The work was made possible through a Maine Department of Environmental Protection grant and a unique partnership between Whitefield and several conservation organizations.

“This culvert will last at least 100 years,” Merrill said.

The culvert is composed of a series of concrete arches and is open at the bottom, enabling the Finn Brook to flow through undisturbed. It was sized to have the stream flow through the middle with enough ground on each side to enable wildlife to walk through the culvert to cross the road, Merrill said.

The culvert was made possible by a Maine DEP grant awarded to Whitefield in June. The Atlantic Salmon Federation, the Nature Conservancy, and the Midcoast Conservancy also committed funds to enable Whitefield to complete the project.

“This is a great example of the collaborative work that we can all do as a shared community,” said Garrison Beck, Midcoast Conservancy watershed protection specialist. Culverts are crucial to public safety and the proper maintenance of a municipality’s road infrastructure, Beck said. 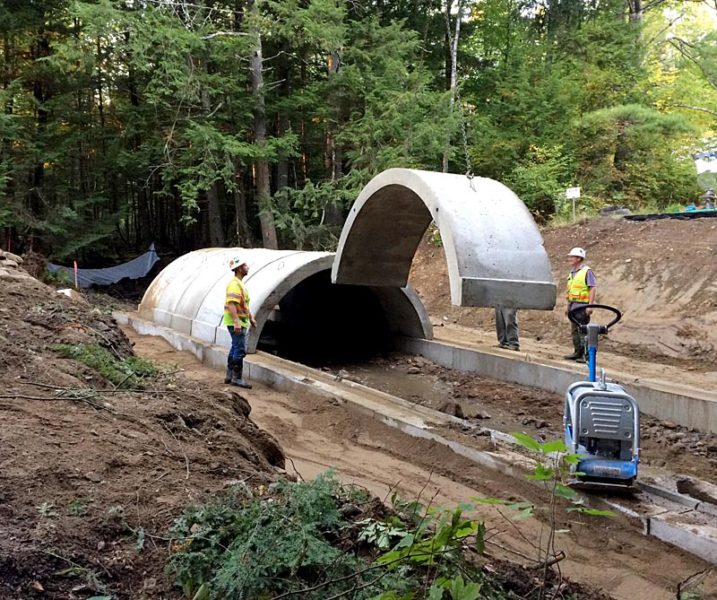 They are also needed to ensure proper fish passage, he said. The Vigue Road culvert is a good example of a design that will have multiple benefits in a watershed, he said.

“Improving this culvert is providing both stable road passage and much better fish passage,” Beck said.

McGee Construction, of Gardiner, was awarded the contract to complete the work. With engineering costs and soil testing, the final price tag for the culvert is estimated to be about $101,000, Merrill said. Once the final cost is known, Merrill said he hopes to work with the Midcoast Conservancy, Nature Conservancy, and Atlantic Salmon Federation on other projects in town. 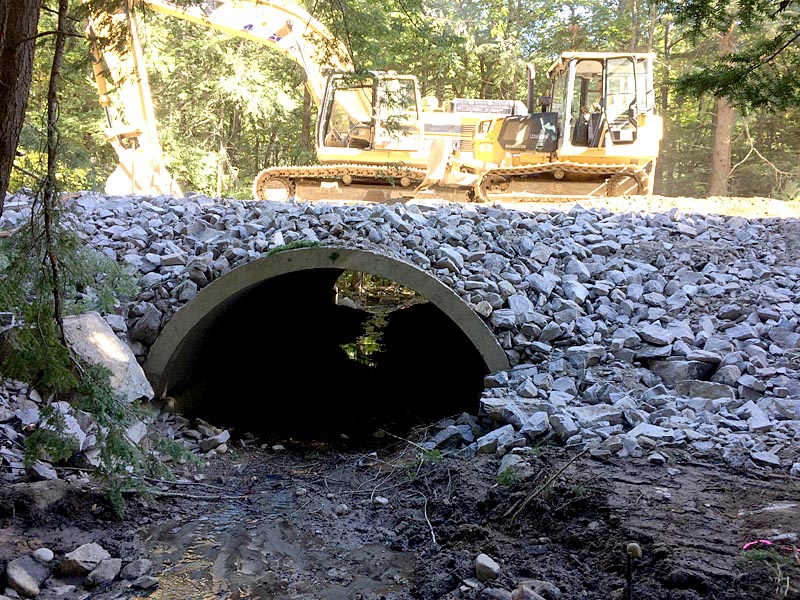