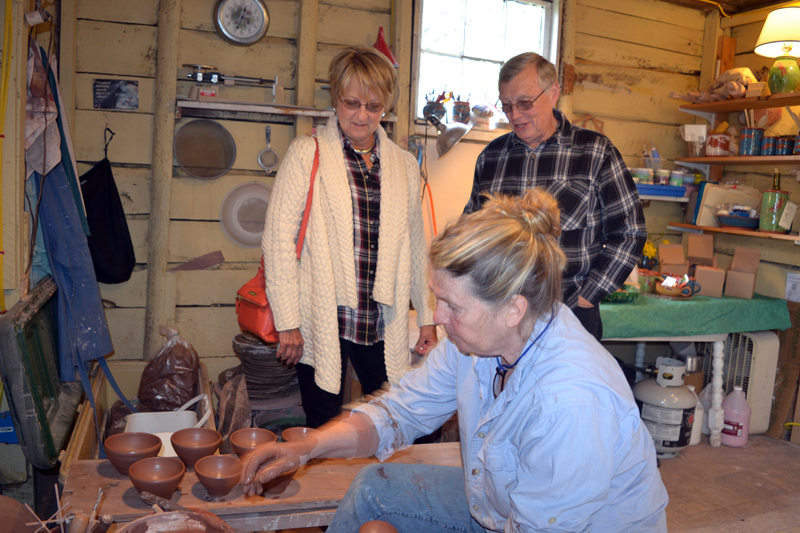 Cindy and Bill Anderson, who split their time between Palm Coast, Fla. and Spruce Head, watch as Libbey Seigars demonstrates the Japanese pottery-making style of “throwing from the mound” at Whitefield Pottery on Sunday, May 6 during the Maine Pottery Tour. (Christine LaPado-Breglia photo)

On Saturday and Sunday, May 5 and 6, the Maine Pottery Tour marked its seventh year. During this statewide annual celebration of Maine ceramicists and their art, members of the public have the opportunity to travel from one participating pottery studio to another to meet the artists, take in their beautiful and varied wares, and, in a number of cases, try their hand at a little pottery-making themselves.

In Lincoln County, Whitefield Pottery and Neighborhood Clay were on the list of 40-plus studios that opened their doors for the Maine Pottery Tour.

Opened in late 2017 by longtime Newcastle ceramicist Liz Proffetty, Neighborhood Clay, on Main Street in Damariscotta, participated in the tour for the first time. The venue offered treats (including colorful, veggie-laden chili), a raffle for a door prize, a discount on Liz Proffetty Ceramics items, and an opportunity, for free, to make a “push plate.” 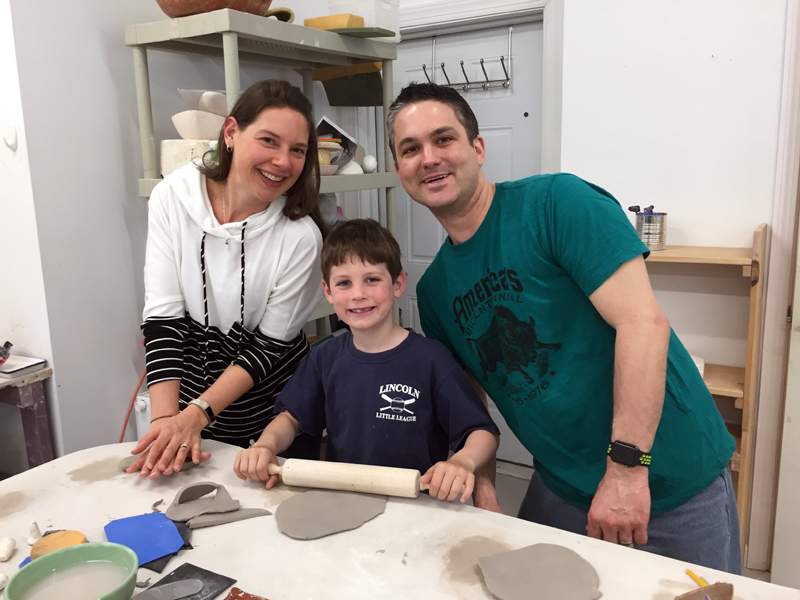 From left: Nicole, Spencer, and Ben Brown roll out clay for a “push plate” at Neighborhood Clay in Damariscotta on Saturday, May 5 during Maine Pottery Tour. (Photo courtesy Liz Proffetty)

Push plates – also called pop-up plates – are a foolproof way for people to make a small plate by pressing a rolled-out piece of clay and a small form cut to a desired shape into a sponge so that the edges pop up, creating the sides of the plate. Kids, in particular, had fun making push plates with the friendly guidance of Proffetty, who is an experienced hand at teaching clay classes to children.

In the past, Proffetty participated in the Maine Pottery Tour from her home studio.

“Neighborhood Clay enjoyed a fun weekend as a new addition to Maine Pottery Tour,” Proffetty said after the weekend was over, adding that she was “really pleased with the turnout” and that “the new location, which adds greater visibility, brought in many new visitors.”

In the northwest corner of the county, near the banks of the West Branch of the Sheepscot River in Whitefield, Whitefield Pottery owner Libbey Seigars opened her doors for what turned out to be a busy weekend.

Seigars, who trained as a potter in Japan, entertained tour-goers at her Shimpo pottery wheel, demonstrating her method of “throwing from the mound,” a Japanese technique which, rather amazingly, produces numerous pieces from one chunk of clay. 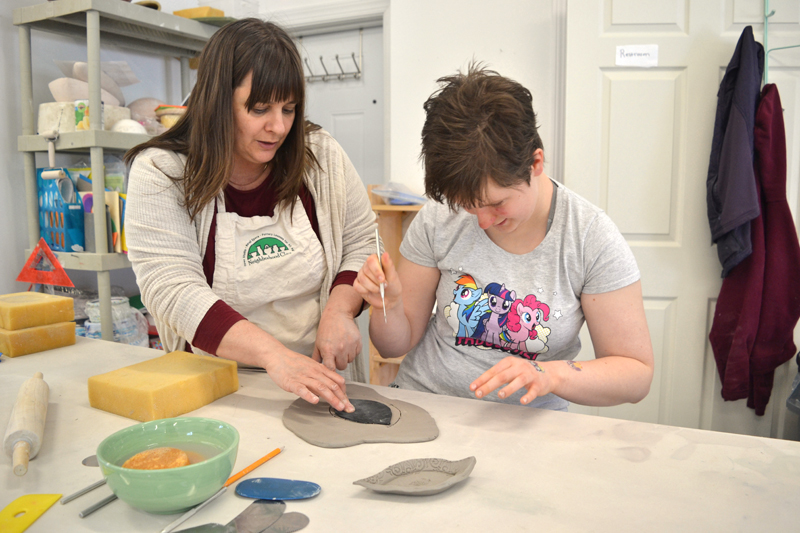 Ceramicist Liz Proffetty instructs the author’s daughter on how to make a “push plate” on Saturday, May 5 at Neighborhood Clay in Damariscotta during the Maine Pottery Tour. (Christine LaPado-Breglia photo)

“The Maine Pottery Tour weekend was wonderfully busy this year,” Seigars said after the tour was over. “This was my third year participating, and each year more and more people have come.”

“About a third of the visitors were returning customers, but the other two-thirds were first-time visitors on the tour and checking out my studio and work for the first time. The tour has been a great way to introduce my work to a new audience,” she said.

On display at Whitefield Pottery, in addition to numerous familiar pieces featuring Seigars’ signature dragonfly, rabbit, and fish designs, were some new designs, such as sea gull-adorned pieces, to appeal to those looking for coastal images. 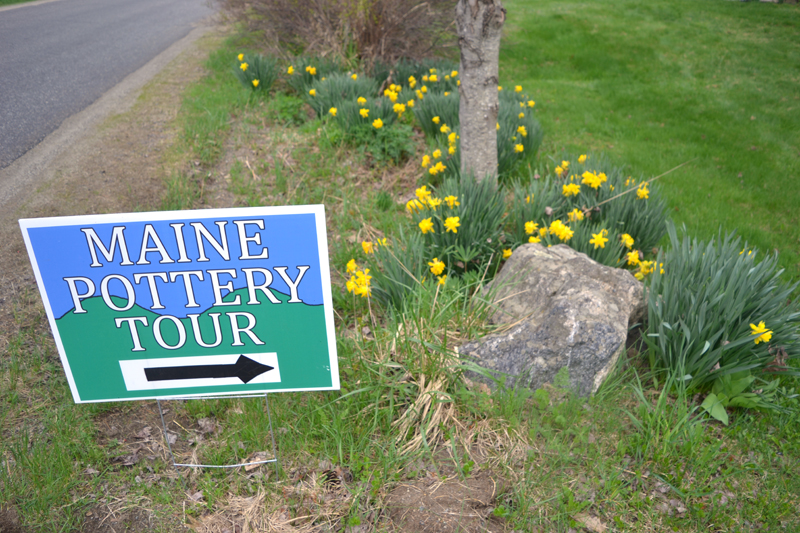 The sign and the daffodils outside Whitefield Pottery welcome visitors during the Maine Pottery Tour, Saturday and Sunday, May 5 and 6. (Christine LaPado-Breglia photo)

“I’ve been working on some new designs and colors, so I put the new work out for comment,” said Seigars. “It was very helpful to get feedback from the visitors.”

“Sunday was so busy that I didn’t get a chance to eat lunch until after 2 p.m., which was more than fine by me,” Seigars said. “I will definitely be participating in the tour again next year.”

The Maine Pottery Tour is online at mainepotterytour.org.

Whitefield Pottery is located at 442 Howe Road in Whitefield and is online at whitefieldpottery.com.

Neighborhood Clay is located at 590 Main St. in Damariscotta and is online at neighborhoodclay.com.