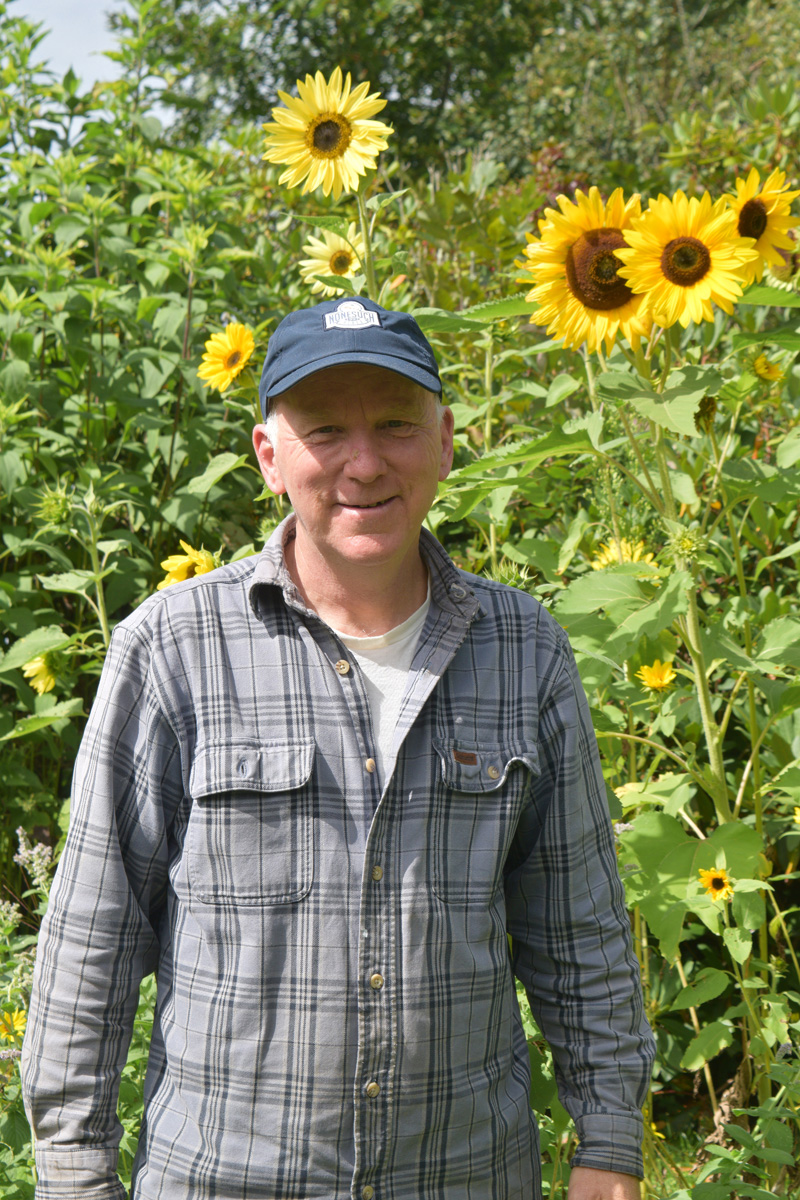 Hamilton holds an undergraduate degree from College of the Atlantic in Bar Harbor and attended the University of Michigan for graduate studies in public policy and conflict resolution. Although he has never held public office, he worked as a lobbyist at the Statehouse for nine years, securing money for nonprofit organizations.

The majority of his workload now comes from Hamilton Farm and Barred Owl Creamery, which he operates with his wife, Patti Hamilton, in Whitefield. He is also the director of development for the Amani Centre for Street Children in Tanzania.

In addition to the farm, the Hamiltons rent out a cabin on Airbnb and typically welcome over 100 families each summer. This year, though, their business has suffered due to the pandemic.

“It was our livelihood; we spent 20 years building it and then it went away,” Hamilton said. Though they were able to adapt, he understands that many small-business owners have lost the businesses they worked hard to create and he wants to help them recover.

For Hamilton, operating a business during COVID-19 meant transitioning the business online, which is impossible without access to high-speed internet. He said better internet access will also help attract young people to the district, as they would be able to work remotely while living in a rural area.

Hamilton believes that to prepare for future pandemics or other emergencies, the state needs to continue setting aside money in its rainy-day fund.

“The government needs to be disciplined to not always spend the money just because they have it,” he said. “Make the choice to be frugal.”

Hamilton is an avid biker and hunter, and loves all things outdoors. His property in Whitefield is solar-powered and he believes climate change is “the most pressing issue that we have in our time.”

“We have a moral responsibility to future generations to address climate change in everything that we do. In every bill that comes before the Legislature, every action that we take, we should consider climate change,” he said.

He believes that in matters of science, it’s important to listen to the experts and follow their recommendations. This translates to the state’s approach to COVID-19.

“I think we need to follow the best science, as Dr. Shah and Gov. Mills are trying to do. The science may change. It looks right now that masks make a big difference,” Hamilton said. “In general, people want to do what’s right and what’s the safest. In Lincoln County, we’re lucky that people wear masks and our COVID numbers are staying low.”

He believes administrators working to safely reopen schools have a hard road ahead, but are doing their best.

“The teachers, the administrators, and the students have an immense challenge ahead of them. My heart goes out to them,” Hamilton said. “There’s going to be things that go great and things they need to rethink. We should have the strength to shift course and give each other the ability to change our minds.”

Hamilton does not think Maine needs significant police reform, but believes in accountability.

Hamilton had planned to knock on doors as part of his campaign, but in speaking with constituents, many have told him they don’t think it’s safe. Hamilton loves his neighbors and, if elected, wants to help them.

“My favorite thing about this area is that people care for each other,” he said. “Even when people are on opposite sides of the political spectrum, they still have tons in common.”