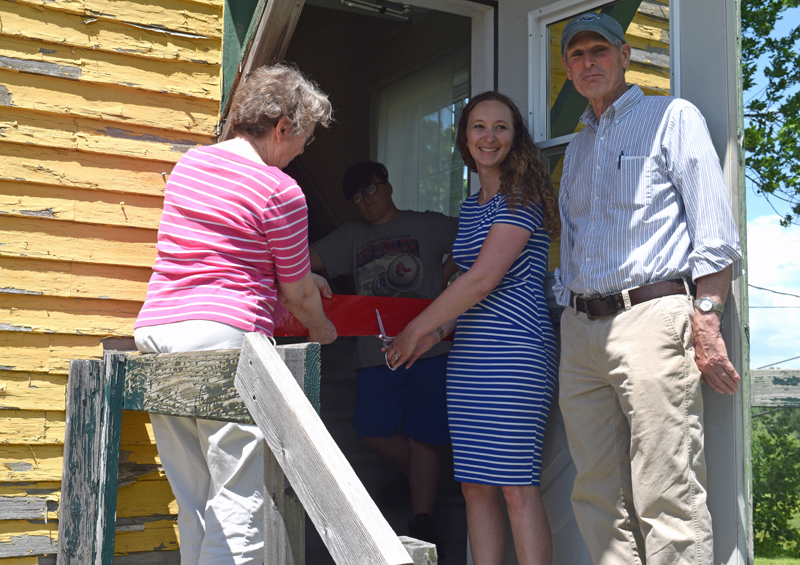 The Whitefield Library Association celebrated the purchase of the former Arlington Grange with a tribute to donors and a ribbon-cutting during its second annual open house on Saturday, June 22.

“Having ownership in something is a big deal. You feel like you have a future,” Sue McKeen, president of the association, said before the tribute.

Three “benefactor” donations, of $5,000 and up, were announced and the benefactors given plaques during the tribute.

Two of the three donors were present, including a representative of Kennebec Savings Bank and Whitefield residents Louis and Catherine Walton Sell. Ellin and Stephen Sheehy, also of Whitefield, were not present.

In addition, an anonymous donor gave the association $30,000.

All other donors are listed on a picture frame hanging on a wall in the library. 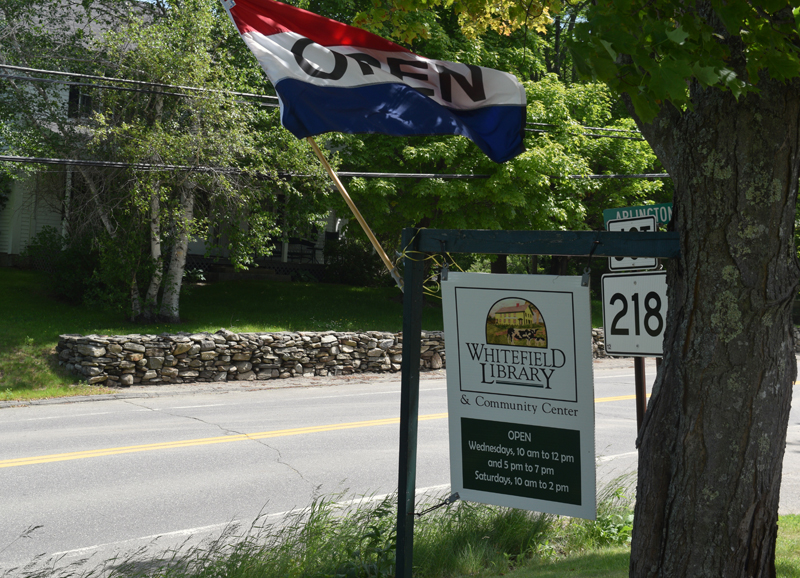 After hearing about the Whitefield Library’s desire to purchase the former Grange building, Kennebec Savings Bank wanted to help. In total, the bank contributed $25,000 – just enough to purchase the building.

The association has a three-phase fundraising plan for the library, with the first phase, purchasing the building, complete.

The second, $17,000 phase will cover “launch” costs, such as getting high-speed internet, library upgrades and supplies, operating costs, and minor building improvements, like electrical work.

The last phase will involve renovations to allow year-round access to the library and full use of the building. The renovations will cost $113,000 and include upgrades to all utilities, such as a new heating system; fire and safety systems; and roof repair.

McKeen said the association has a renovation committee compiling a list of short- and long-term goals.

With the money the association has now, McKeen said, it is focused on safety-oriented goals, such as electrical work.

The association is collaborating with the Whitefield Economic Development Committee to investigate internet access for the library, according to Cheryle Joslyn, vice president of the library association. 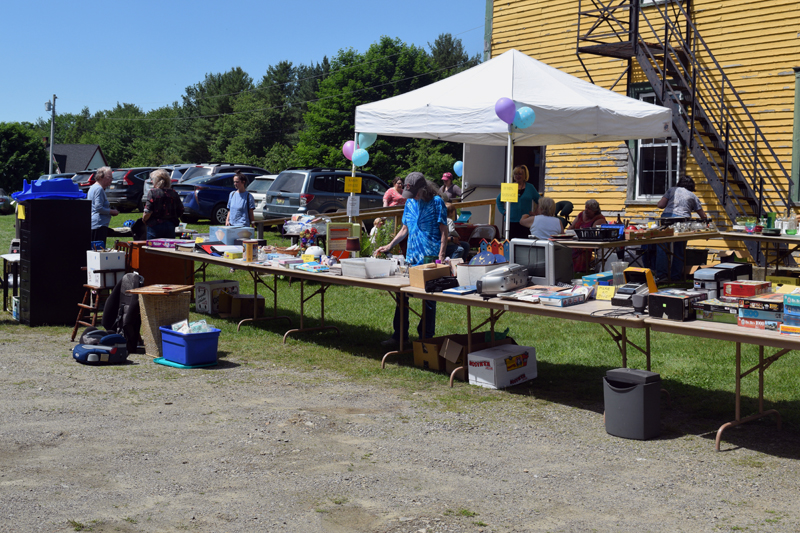 A white elephant sale was part of the open house at the Whitefield Library. (Jessica Clifford photo)

One of the major goals is to be able to use the upstairs of the library for community events like plays and live music.

However, Joslyn said the ultimate goal is to become a state-certified public library.

When the library becomes a part of the system, it will have access to other libraries across the state and the country.

In order to accomplish this goal, the library must meet a few requirements. It must have nonprofit status, a library administrator who either works part time or receives a stipend, be open year-round, and be open for a total of 12 hours a week.

The library already has nonprofit status and is currently open eight hours a week, Joslyn said.

However, in order to keep the library open year-round, the association must install a new heating system and insulate the building.

“Heat is holding us. If we can’t heat the building to be opened year-round, we can’t become a public library. We do need to work on our heating system and then go from there,” Joslyn said.

Another goal for the association is to discover what services the community would like the library to offer. 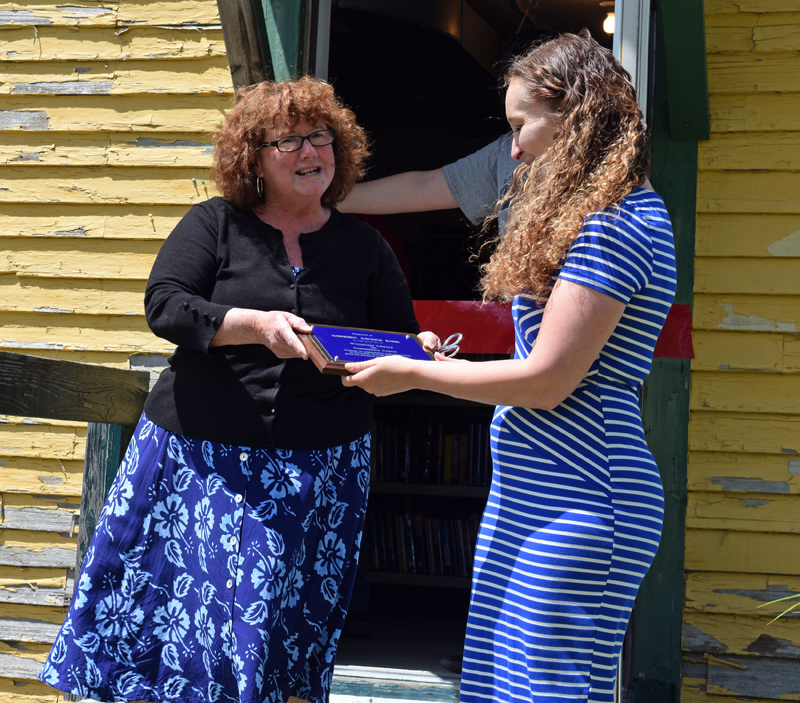 “We know the community has certain needs that aren’t met, and we just need to ask the question,” Joslyn said. “What are they? What would you like to see? What do you need?”

The catalyst for the library’s opening, Quinn Conroy, a young student who sent a letter to the Whitefield Board of Selectmen showing interest in having a town library, was present at the open house.

“We have made amazing progress in the couple of years that we have been open. This really tells you that you should always try to help your town out,” Conroy said, about three years after writing the letter.

At the open house, one of the library association’s biggest fundraisers, people gathered for a silent auction; a white elephant sale, or yard sale; live music from the local band Well Seasoned; a book sale; baked goods; and lunch.