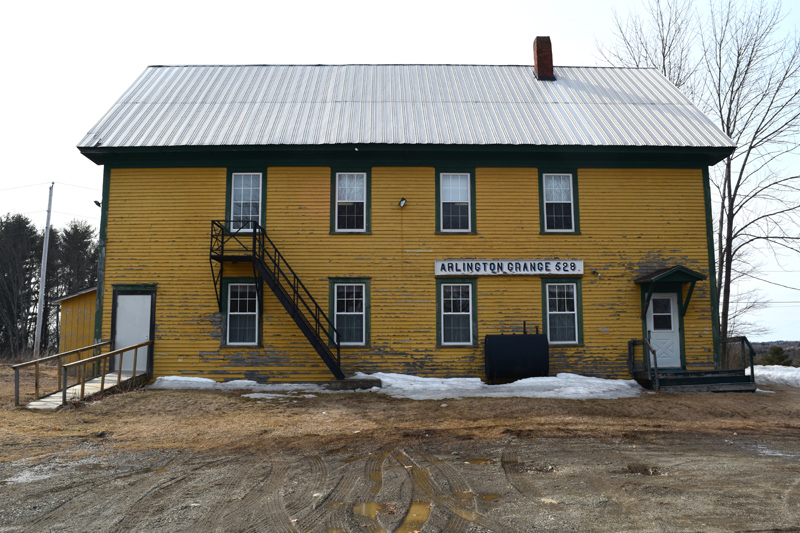 The former Arlington Grange on Grand Army Road in Whitefield. The Whitefield Library Association is raising $25,000 to purchase the building from the Maine State Grange. (Jessica Clifford photo)

The Whitefield Library has five months to raise $25,000 to buy the Arlington Grange building from the Maine State Grange.

The Grange must have the funds by Aug. 30, according to Whitefield Library Association President Sue McKeen said.

After the library buys the building, it plans two more phases of fundraising to revive the aging structure into a lively space for the community to gather and learn.

The Whitefield Library Association founded a library in the building two years ago. In February, the association signed a purchase-and-sale agreement to buy the building.

The Maine State Grange owns the building after the Arlington Grange dissolved and relinquished its charter.

“It’s interesting to sit here and have this vision of what this can look like,” McKeen said in the building.

The bottom floor will continue to hold the library’s 6,000-plus books, while the upstairs, with its wood floor and stage, will become a gathering place available to rent for art shows, live music, theater performances, educational workshops, and more. 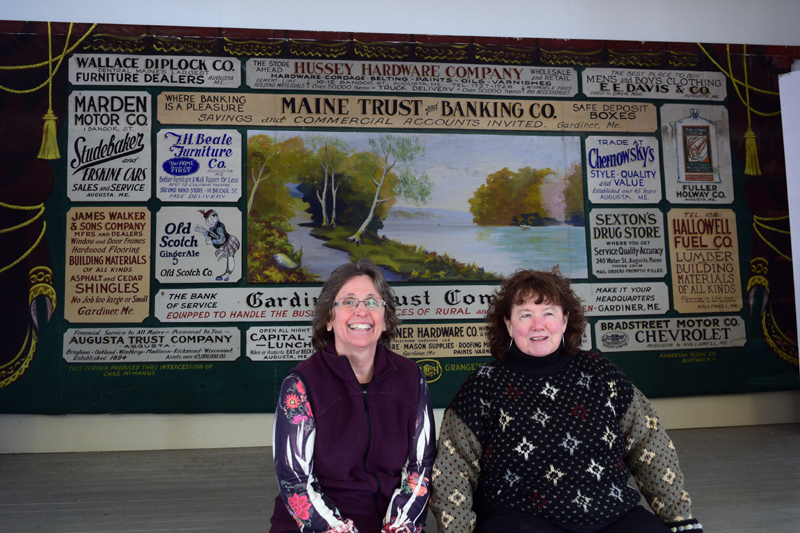 Once it completes the purchase of the building, the association would like to create more consistent programming, such as a story hour for children and a book club for adults.

The library will continue to be free for residents of Whitefield and the surrounding area. The rental fees for the upstairs space will help cover the library’s operating expenses.

“That’s the organic part of this building, and our intent is not to structure it ourselves and (say) ‘This is who we are and this is what we are going to give you,’ but rather see what these communities around us need from us and grow from that,” Cheryl Joslyn, vice president of the association, said.­­­­­­­ “It’s a totally different mindset than what I think libraries have represented in the past.”

The association will fulfill its vision in three phases, estimated to cost a total of $155,000.

Since the association started phase one, fundraising to purchase the library, it has collected nearly $7,000 in about three weeks, Joslyn said.

After the library completes the purchase, it will start renovations as soon as funding permits

After completing phase one, the association needs to raise $17,000 for its initial launch costs.

According to the library’s website, these costs include high-speed internet, library supplies, seasonal maintenance, and basic operating costs for the first year.

The last phase, renovations, is the most expensive at $113,000. The work will include upgrades to fire, heating, and safety systems; roof repair; and ceiling restoration. The association used estimates from a few companies to set its fundraising goals, Joslyn said. 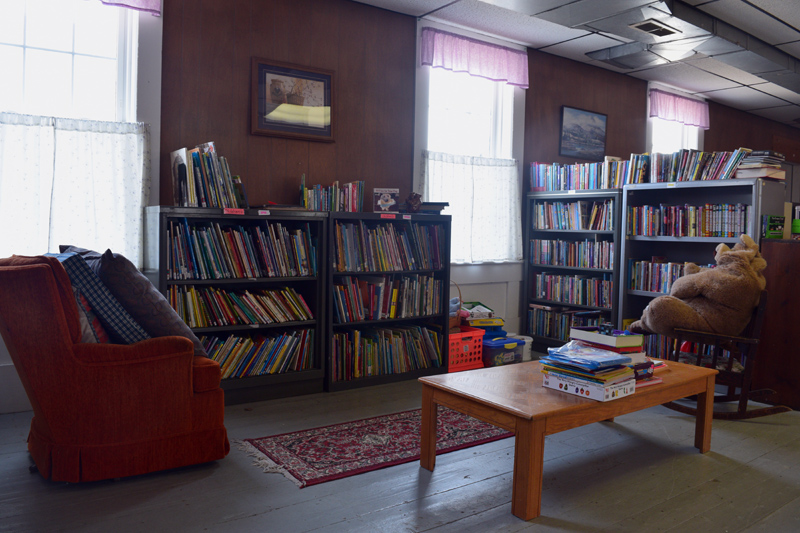 The first floor of the Arlington Grange holds the Whitefield Library’s collection of 6,000-plus books. (Jessica Clifford photo)

People are excited to see the building used as a gathering space, McKeen said. Members of the Arlington Grange wrote a letter to the Maine State Grange in support of the library association buying the building, Joslyn said.

Granges were first organized in 1867 as farmers associations that sponsored social activities, community service, and political lobbying. They are found nationally.

According to the Maine State Grange website, “Changes in insurance laws, the growing popularity of television, the decline of farming, and other demographic and cultural changes began to affect membership levels of the Grange after 1960.”

In 1884, members of Erskine Post #24 Grand Army of the Republic began fundraising to build a memorial hall. The same year, the yellow building atop the large hill on Grand Army Road in Whitefield was built.

The hall became a school and gathering place for the community.

The post sold the building to the Whitefield and Kings Mills Granges in 1914. The Granges consolidated and became Arlington Grange, named after Fred Arlington Naray, a Civil War soldier from Whitefield. 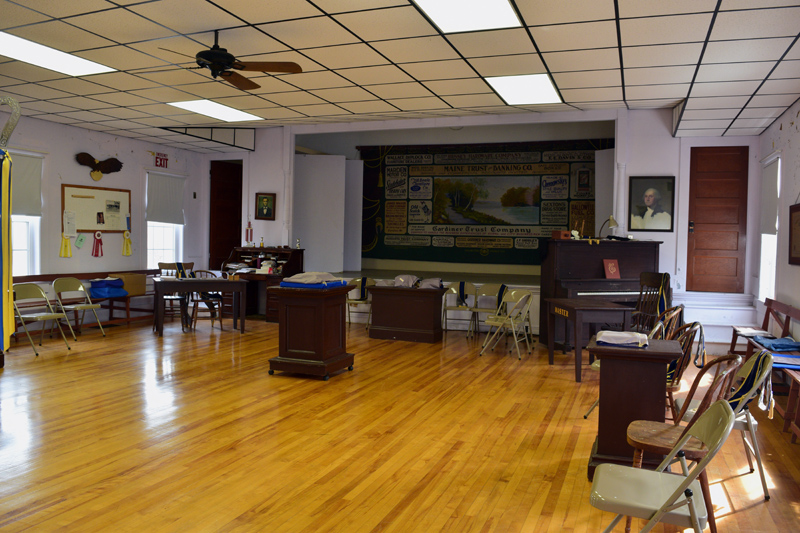 The Whitefield Library Association plans to convert the second floor of the former Arlington Grange into a community center available for rent if the association completes the purchase of the building. (Jessica Clifford photo)

When the Arlington Grange dissolved and relinquished its charter in August 2018, “We had some decisions to make moving forward, whether we would pursue purchasing the building from the State Grange or look for another piece of property for our library or dissolve our library,” Joslyn said. “And we chose option number one.”

The Whitefield Library has its own interesting, albeit shorter, history.

The library opened in 2017, inspired by a March 2016 letter from Quinn Conroy, then a second-grader at Whitefield Elementary School, to the Whitefield Board of Selectmen requesting a public library.

The library has grown from 16 to nearly 51 volunteers. Not all are active, but all help in some way.

In addition to the purchase and renovations, the library’s hours of operation will increase. If everything goes to plan, the library will be open year-round instead of seasonally, from May to October.

The main way to donate is through the crowdfunding website GoFundMe. A link is on the homepage of the library’s website: whitefieldlibrary.org.

The association will host several fundraising events in the spring, summer, and probably this fall. One of the bigger events will be the annual open house, set for June.

Within three weeks, McKeen said the association expects to solicit donations by mail. The association is applying for grants as well.