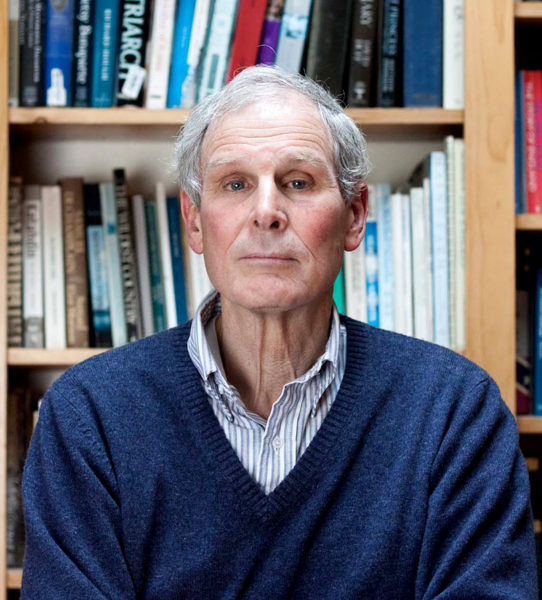 Former U.S. State Department official Louis Sell, of Whitefield, recently released his second book, “From Washington to Moscow: U.S.-Soviet Relations and the Collapse of the USSR.”

Louis Sell was standing behind George H.W. Bush and Boris Yeltsin in the Kremlin in 1993, watching as the two signed the START II nuclear arms reduction treaty. In that moment, Sell, now of Whitefield, knew he would one day write a book about the collapse of the Soviet Union, he said.

“From Washington to Moscow: US-Soviet Relations and the Collapse of the USSR” was released in early August by Duke University Press. It is part-memoir, part-academic text that traces the events, economics, and personalities that shaped the final two decades of the USSR – events Sell personally experienced as a foreign service officer and senior U.S. State Department official.

For 28 years, Sell worked in various roles in the State Department. He was a foreign service officer stationed in Moscow in the late 1970s where he supported the Soviet dissident and Jewish refusnik movements. He later worked as a special assistant to the chief negotiators of the Strategic Arms Reduction Treaty.

The same year that the Soviet Union’s last leader, Mikhail Gorbachev, assumed the post of secretary general, in 1985, Sell became director of the bilateral political relations branch of the State Department’s Soviet desk. He would return to Moscow after the collapse of the Soviet Union to witness the former communist empire transition to the Russian Federation. 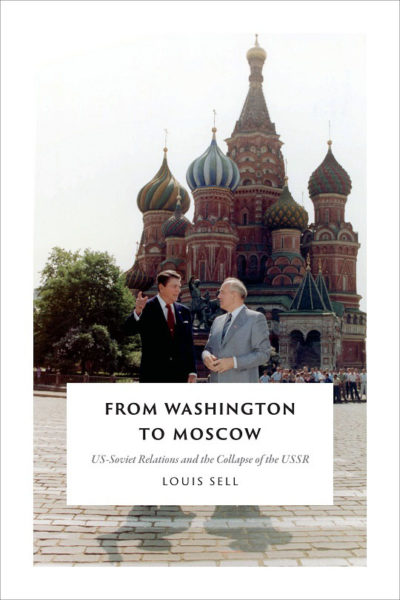 Whitefield resident Louis Sell details the causes behind the collapse of the Soviet Union in his recently released book “From Washington to Moscow: US-Soviet Relations and the Collapse of the USSR.”

As a U.S. diplomat, Sell was on hand for many of the events detailed in his book. His personal experiences, however, are not the primary focus of the book. Sell draws from Soviet archives and memoirs of Soviet leaders – information unavailable to the western world throughout the Cold War – to document the causes behind the Soviet Union’s collapse.

The collapse of the USSR has been called “the greatest geopolitical catastrophe of the century” by Russian Federation President Vladimir Putin. Understanding the causes is essential to understanding current U.S.-Russian relations and Putin’s popular support, Sell said.

Many of the archives Sell utilized are again closing to the public, he said. The research and documentation in Sell’s book has garnered early praise from many of his former colleagues. Former U.S. Ambassador to the Soviet Union Jack Matlock called the book “a corrective, insider’s view of world-changing events.”

In researching “From Washington to Moscow,” Sell delved into the “shadows and whispers” among the Soviet leadership that were beyond U.S. knowledge at the time. In a broad sense, the U.S. was more or less accurate about the inner workings of the Kremlin, Sell said.

The meticulous research of the book went beyond broad analysis to detail the specifics of significant events and personalities within the Soviet leadership. “That’s what I was trying to do with the book,” Sell said. “I wanted to show the real history, what it was like to be inside, what was really going on. That information is invaluable.”

The causes for the collapse of the Soviet Union were unique; most great empires in history collapse as a result of internal revolution or foreign invasion, Sell said. Neither was the case with the Soviet Union, he said.

The Soviet Union’s collapse came as a surprise to the U.S., Sell said. The obsession with secrecy within the political leadership of the Soviet Union was so great, even high-ranking members of the Communist Party were kept in the dark on certain subjects.

The greatest secret of all was the amount of Soviet military spending, Sell said. The CIA spent an enormous amount of time and money trying to determine the exact amount, Sell said, and when the Soviet Union collapsed, U.S. officials thought they would finally know.

“It turns out that no one (in the Soviet leadership) knew for sure,” Sell said. Through analysis of several sources, Sell determined the amount of Soviet military spending to be roughly 40 percent of the Soviet Union’s gross domestic product – an enormous economic burden that contributed to the collapse of the Soviet system.

The Cold War was a confrontation between two ideologies and two ways of organizing human life, Sell said. Ultimately, the inefficiencies in the “rigid, centrally planned” Soviet economic system brought about its collapse, Sell writes in “From Washington to Moscow.”

Putin is drawing on a narrative that blames the West for the collapse of the USSR, and claims the U.S. is trying to take advantage of Russia and deliberately keeping the country weak, Sell said. That’s not accurate, Sell said. “Every country is responsible for its own history. The USSR collapsed because of internal issues,” he said.

The narrative, however, has been successful in solidifying support for Putin’s “corrupt and authoritarian regime,” Sell wrote.

The absence of a clear policy on Russian-U.S. relations is indicative of a greater problem in U.S. foreign policy: there is no longer a clear understanding of America’s role on the world stage, Sell said.

For Sell, the U.S. will not be successful as a leader on the world stage until the U.S. addresses its domestic issues. “We cannot exercise democratic leadership in the world until we fix our own house,” Sell said. “That’s a lesson straight out of the book.”

“From Washington to Moscow: US-Soviet Relations and the Collapse of the USSR” is now available.